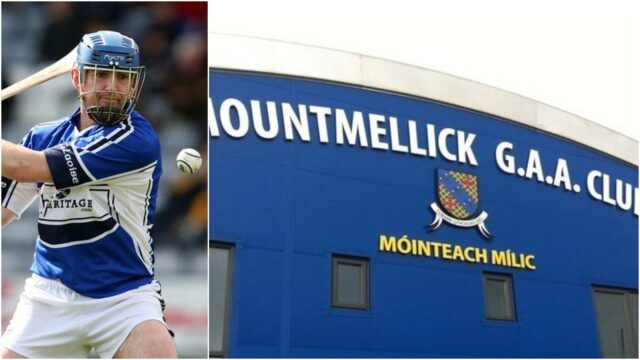 The Mountmellick hurlers have appointed former Laois player James Young as manager for the 2021 season.

Young was in charge of his native Clonaslee last year but hasn’t returned to that position – with Mountmellick duly making a move for him to fill the vacancy left by Fergal Cuddy who was over them in 2020.

Young, who is by some distance the highest scoring Laois hurler of all time and was twice nominated for an All Star, guided Slieve Bloom to Junior ‘A’ success in 2016. He also had a spell over the Clodiagh Gaels club in Offaly.

Mountmellick won the Junior ‘B’ and Junior ‘A’ titles back-to-back in 2017 and 2018 before narrowly losing the 2019 intermediate semi-final to Borris-Kilcotton.

Last year, they won their first two group games – but a final round loss to Clough-Ballacolla saw them knocked out on score difference.

The 2020 intermediate final between Trumera and Rathdowney-Errill remains to be played as does the semi-final and final of the Junior ‘A’ grade to confirm who will be intermediate in 2021.

As well as Mountmellick, Clonad, Park-Ratheniska/Timahoe, Borris-Kilcotton and Clough-Ballacolla will all be in the grade as well as the losers of the 2020 final and the 2020 junior champions.