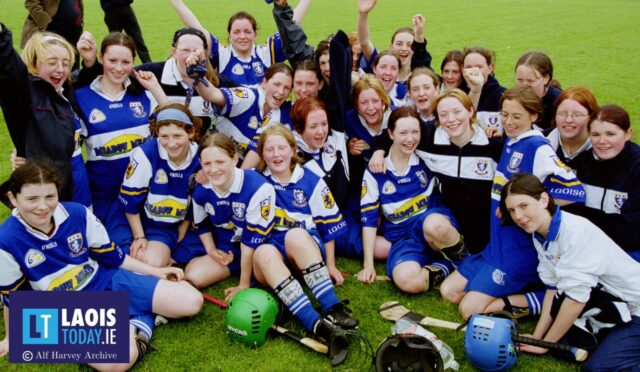 Laois captured the inaugural Leinster Minor ‘B’ camogie championship title when they inflicted a five point defeat on midland neighbours Offaly after a keenly fought contest in Rath almost 21 years ago.

Although called minor, this was actually an U-16 competition and the age grade did not change to U-18 until 2006.

Led brilliantly by inspirational captain Louise Mahony, Laois led from start to finish and while Offaly staged a brave second half comeback, it wasn’t enough to prevent the O’Moore girls from lifting the cup.

The Harps duo of Mahony and Mary Cleary tormented the Offaly rear-guard throughout and between the two of them, they amounted to all but one goal of Laois’s scores.

Laois had the aid of a strong breeze in the first half and they got off to a dream start.

Emma McEvoy was fouled in the third minute and Mary Cleary’s long range effort from the resulting free sailed all the way into the roof of Caitriona Hynes’ net.

Jeanette Feighery replied for Offaly with a point but Laois would move four clear by the 20th minute thanks to points from Mary Cleary and Louise Mahony.

But Offaly replied in devastating fashion. Grace McRedmond’s 45 dropped short into the path of Feighery who’s shot was excellently blocked by the Laois defence. However, the ball rebounded into the path of Aoife Kelly who rattled the net.

Louise Mahony hit a brace of frees to send Laois into the half time interval with a 1-4 to 1-1 lead – but you wondered if three points would be enough giving the strength of the breeze.

Nevertheless, within 90 seconds of the restart, Laois struck for their second goal and it turned out to be the game’s most important score.

Louise Mahony was fouled but picked herself up to slam the resulting free into the back of the net.

But Offaly came back with McRedmond pointing before they grabbed their second goal following a scramble to leave the score reading 2-4 to 2-2 to Laois as we entered the closing stages.

Offaly piled forward in search of scores to level the game but their shooting let them down and Laois punished them in the third minute of injury.

Offaly’s Aoife Kelly was penalised for over carrying the ball and Anne Campion dropped in a free towards Sinead Lanham.

She broke the ball into the path of Catriona Phelan whose ground shot lifted the net and ensured that Laois took the title.

Laois’s winning streak did not finish they and they subsequently went all the way to the All-Ireland final where they triumphed over Tyrone on a scoreline of 9-14 to 2-1.

You can check out some great Alf Harvey pictures from the game below. 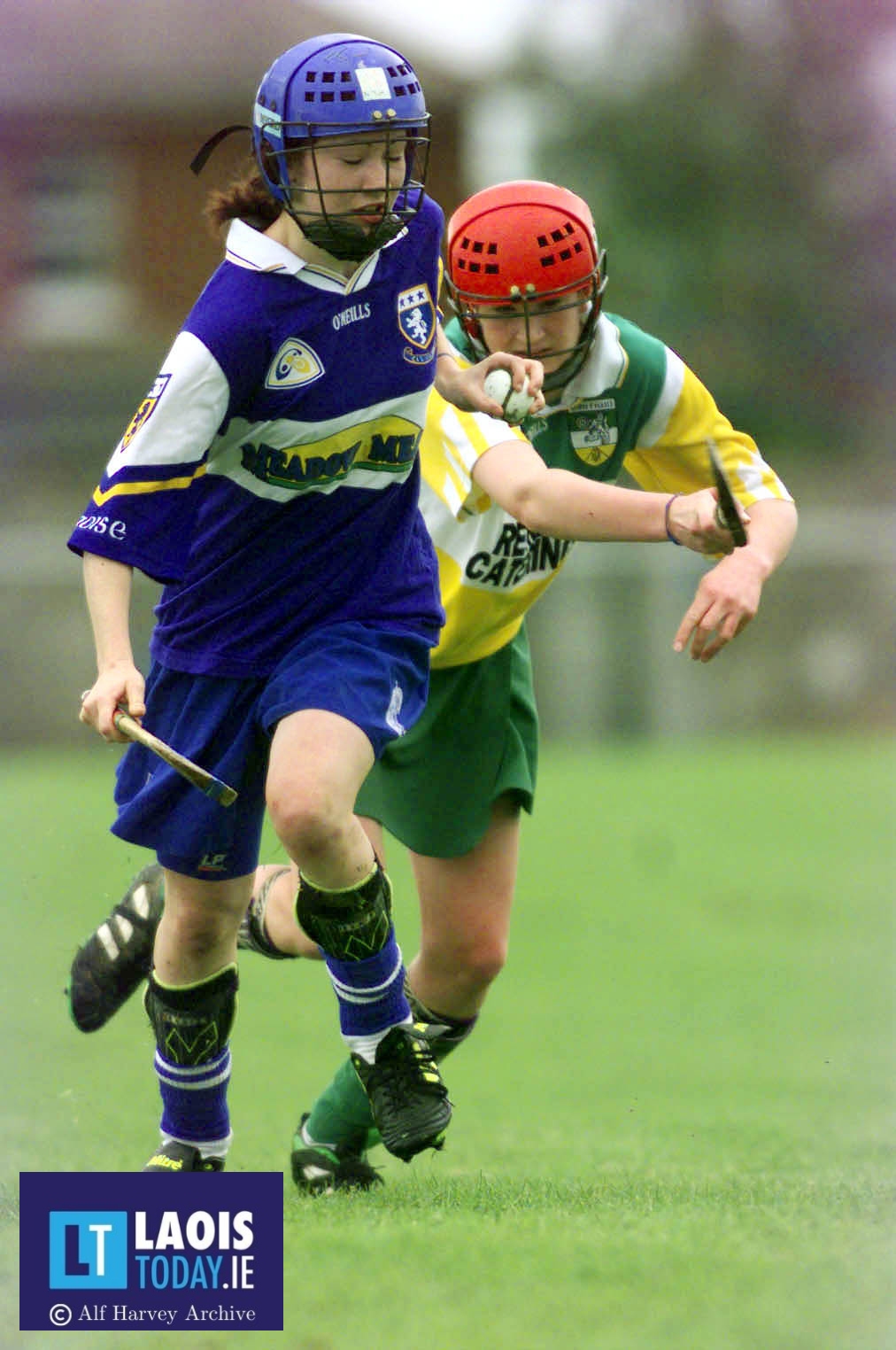 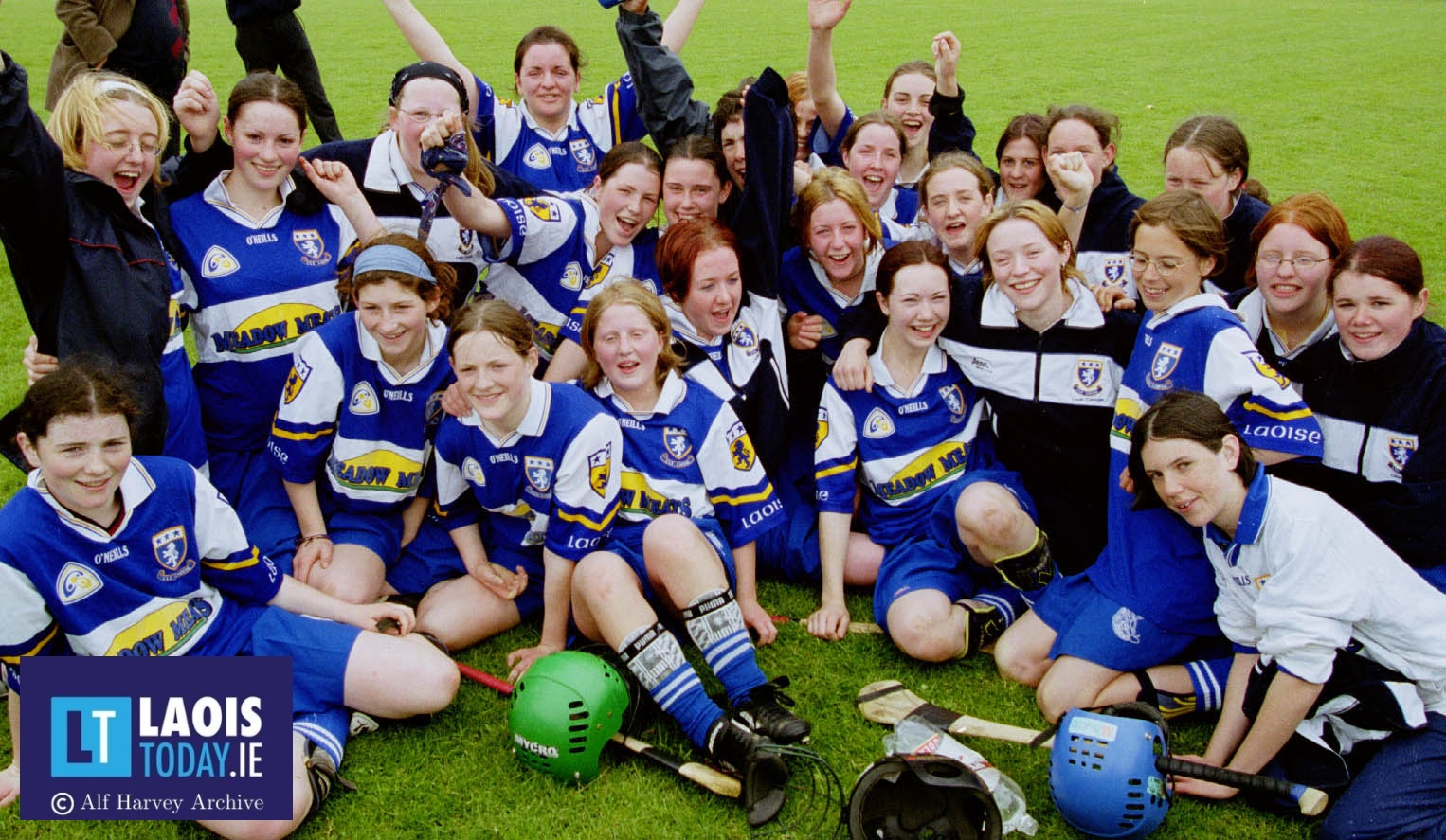