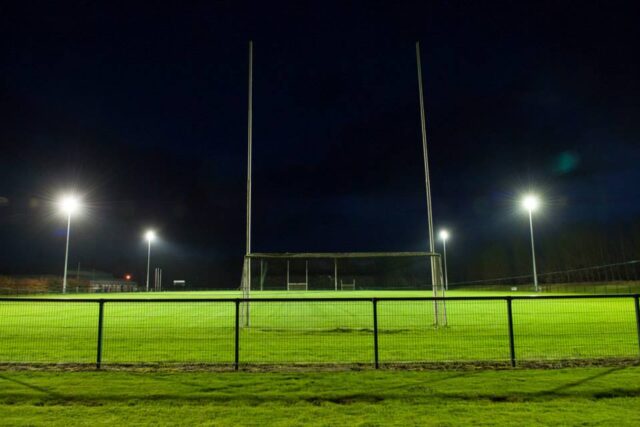 Laois GAA secretary Niall Handy says that he hopes to be in a position to confirm their plans for the 2021 adult club season in the coming week.

In a letter circulated to clubs recently, Mr Handy says that as soon as games are confirmed at national level, Laois will be able to finalise their games schedule.

But as a brief outline, Mr Handy expects that there will be a club league played from mid-June.

Laois will then have to complete the 2020 championships later in the summer before the 2021 editions get underway – and they are expected in either late August or early September.

He said: “I have received constant calls in recent days for details of our 2021 games programme and outstanding 2020 championships.

“I would appeal for your patience in this regard and can assure you that CCC are working diligently in preparing this schedule and I would hope to be in a position to circulate by Friday 14 May.

“Our internal games programme is arranged around our National and Leinster Intercounty Leagues and Championships at Senior, U-20 and Minor grades and also Leinster Club Championship at Senior, Intermediate and Junior grades.

“Once these are finalised in coming days, Laois CCC will finalise our own schedule and once ratified by our Coiste Bainisti, it will be circulated immediately.

“It is intended for this schedule to include a League, commencing in mid-June and it is anticipated 2021 championships in the higher grades will commence in late August or early September.”

Clubs around the county are permitted to begin collective training on Monday May 10 with matches allowed to resume from June 7.

But in order to ensure that this continues to happen, Laois GAA’s secretary is appealing to clubs to follow the public health guidelines.

He said: “Following the recent Government announcement, our internal Club games programme may commence from 7 June next.

“It has been a long wait, but great to be back in the fields again.

“Further to this and to ensure our games activities will continue, I would reiterate that all Clubs abide by the directives issued towards this return to play – appointment of Covid Officers, completion of Health Questionnaires, no dressing rooms or showers and most importantly Games behind closed doors on their return (hopefully this may change in coming months).

“Finally, I wish to stress the importance for each club, now that we have returned to training and with games activities imminent, that all players must be registered and paid members of their club on the new Foireann system.

“Most clubs have set up the online functionality on Foireann, so players and members can register and pay online.

“I would remind you that players will not be covered under the Player Injury scheme, unless this Membership process has been completed.”

Meanwhile Leinster GAA have confirmed fixture details for the opening round of the provincial championships in hurling and football.

The Laois hurlers will play Wexford in Nowlan Park on Saturday, June 26, the same day that Dublin will play Antrim in Navan in the other quarter-final.

Kilkenny await the winner of Laois-Wexford with Galway to play Dublin or Antrim in the other semi-final.

The loser of the two Leinster quarter-finals will meet in Round 1 of the All Ireland Qualifiers in a game that will also double up as the relegation playoff.

The Round 1 Leinster football games will take place on Sunday, June 27, but no venue or date has been set yet for the Laois v Westmeath quarter-final game. With no home and away arrangement between the counties, it is likely that it will once again take place in Tullamore on either the weekend of July 3-4 or July 10-11.

Elsewhere the GAA have confirmed that any National League game not shown live on TV in the coming weeks will once again be shown online on GAA Go.

The service, which is a joint venture between the GAA and RTÉ, will show games not currently selected for television broadcast across all four divisions of the National Football League, and Divisions 1A and 1B in hurling.

Individual league games can be purchased for €5, or access to all games can be bought for a €25 pass, which is available to buy from Wednesday, May 12.