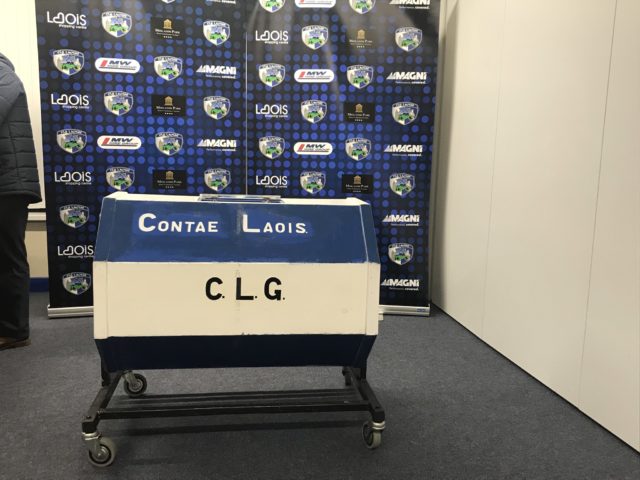 A total of 23 clubs had winners in the second monthly Laois GAA €130 county board ticket draw held on Friday night.

Tom and Breda Kelly of Stradbally scooped the top prize of €10,000 while there were a total of 23 clubs represented among the 35 winners in all – with Ballyroan-Abbey having five winners.

Padraig and Rita Lacey of Ballylinan won the €5,000 second prize while Paudge Phelan from The Harps took the third prize of €3,000.

There will be two more draws this year – on the first Friday in June and July. 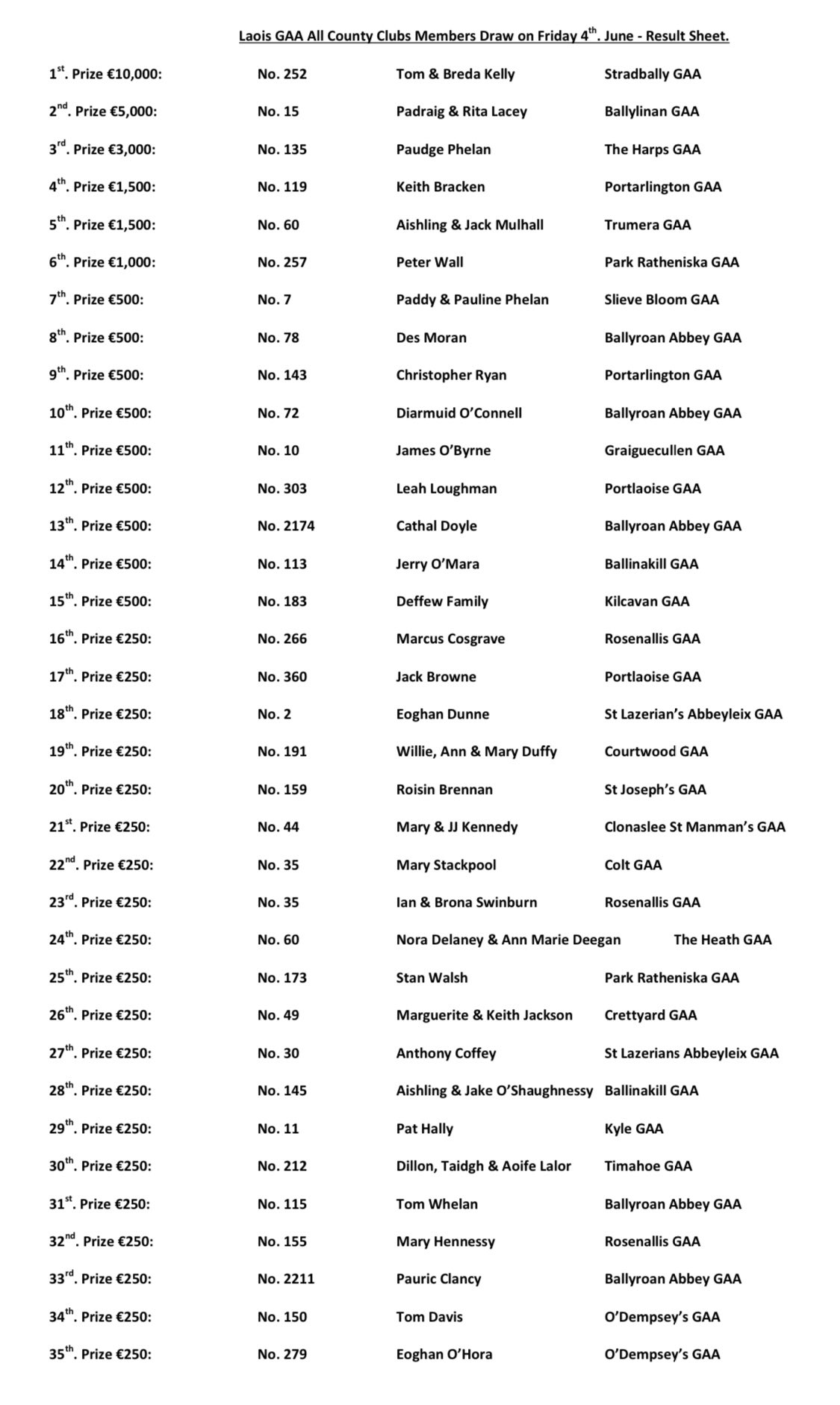