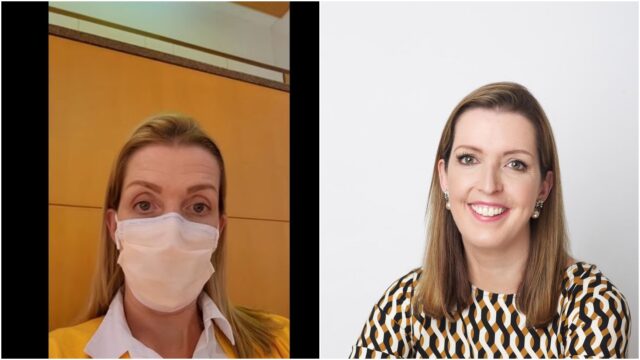 Laois man Joe O’Donnell has been commended for doing a fantastic deed for Vicky Phelan by the woman herself.

Joe has been living in San Diego, California where he is the COO of Urban Plates.

He contacted Vicky to offer meals to the hard working staff helping Vicky while she undergoes treatment in the states.

Vicky Phelan has begun her treatment as part of a US cancer trial after discovering her cancer has returned along with a new tumour.

The mum-of-two is best known for exposing the CervicalCheck screening scandal in 2018.

The 48-year-old originally hails from Kilenny and is based in Annacotty, Co Limerick.

Vicky had been using an experimental drug called Pembro to help battle her cancer but it has stopped working and her cancer started to spread once again.

In January 2021, she headed to the US and will be residing there for a year while she undergoes an experimental treatment which she hopes will give her more time with her family.

Vicky took to Facebook to thank Joe for his generous donation of meals on Vicky’s behalf to NIH staff.

“A lovely Irish man called Joe O’Donnell, originally from Portarlington in Co. Laois, and COO of a large chain of restaurants called @urbanplates, contacted me via my Vicky’s Tribe Facebook page to offer to donate free meals to the staff at the nihgov looking after me, in my honour, and on behalf of urbanplates.

“So, that happened yesterday and the staff of OP-12 Clinic and SES3 Day Ward were absolutely thrilled to get a free, tasty, healthy lunch.

“A huge THANK YOU to Joe and all at Urban Plates for doing this wonderful thing yesterday.”

Vicky also shared a touching card from the staff that expressed their gratitude for the gesture.

“It’s so thoughtful of you, thank you very much.”

You can find the video here.