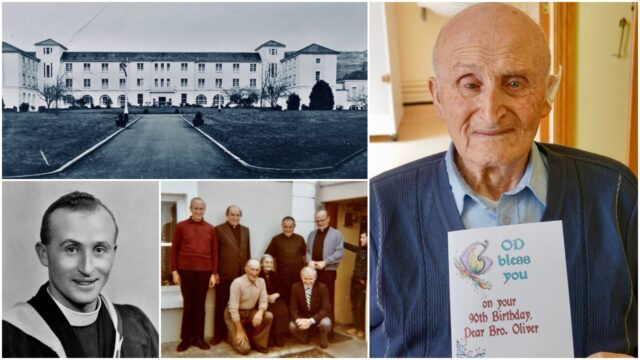 There was sadness in Castletown recently following the passing of Brother Oliver (Tom) Deane just days before his 93rd birthday.

Brother Oliver was originally from Goulane, Castlegregaory in Kerry and was laid to rest in Castletown on Monday May 1 – on his birthday.

Tom Deane arrived in Castletown in 1943 at the age of fifteen where he did his initial training with the De La Salle Brothers in Miguel House.

He returned to Castletown in 1992 and would have spent just over thirty years in Castletown – a place he had come to see as his home.

Brother Kevin McEvoy from Rosenallis described Brother Oliver as a man who will be fondly remembered for his smile and good humour.

“Known for his smile and good humour, he was known and loved my many in and around Castletown.

“Sadly, Covid restrictions meant that it was a small funeral, but those who gathered for his funeral mass had many a story to tell about Oliver.