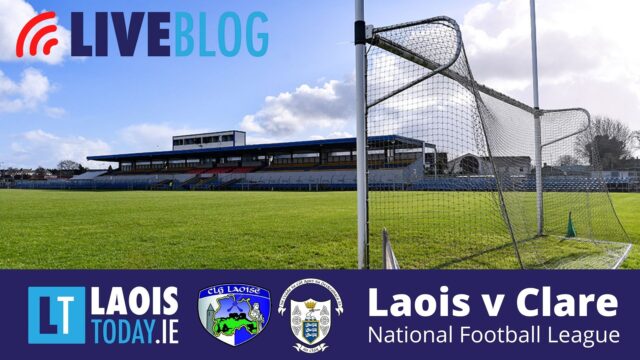 The Laois footballers make their season debut this afternoon in Cusack Park in Ennis when they take on Clare in the opening round of the National League.

Because of the shortened season, all divisions have been split into two groups, with Laois now in Division 2 South alongside today’s opponents Clare as well as Cork and Kildare.

The top two teams in each group will go through to the semi-finals with the bottom two in each playing off in relegation games that will decide who will drop to Division 3.

Mayo, Meath, Down and Westmeath make up Division 2 North.

It’s the second year in a row for Laois and Clare to meet in Ennis with Laois escaping with a one-point win last year.

That result marked a turnaround in fortunes for Laois against the Banner county, who had knocked Laois out of both the 2016 and 2017 championship.

Alan Hartnett is in Ennis for us this afternoon and he will be live blogging all of the action as it happens.

We will also have a match report on site after the game as well as reaction from Laois manager Mike Quirke and some of the game’s main talking points.

You can follow the updates as the happen below.