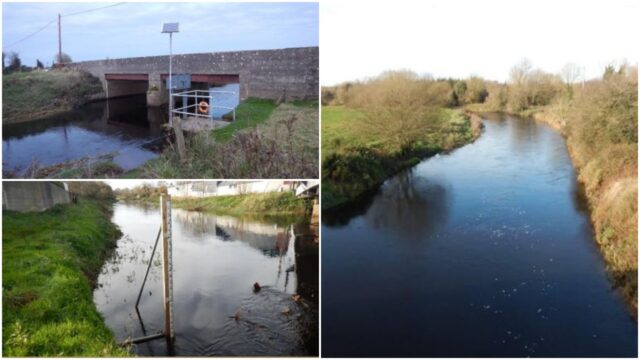 An update has been provided on a the progress of the proposed flood relief scheme in Portarlington.

Parts of the town, along with Mountmellick, was devastated by flooding in November 2017 and again in January 2018.

While as recently as March, the Ballymorris Road has been closed due to flooding beneath Railway Bridge which was caused by the construction of 22 houses at the location.

An output of the study identified flood risk areas, including Portarlington and Mountmellick, and the associated impacts of flooding. The plan also set out the measures and policies to be pursued in order to achieve the most cost effective and sustainable management of flood risk.

Following the launch of the CFRAM Study findings, Binnies/Nicholas O’Dwyer were appointed in August 2020 to complete a detailed project level engineering assessment for Portarlington.

The assessment will involve identification of appropriate flood risk alleviation measures and preparation of detailed design drawings and documents.

Binnies/Nicholas O’Dwyer will carry out the appropriate Environmental Assessments including the Environmental Impact Assessment Report (EIAR) and the Natura Impact Statement (NIS), where required under the relevant legislation.

• reviewing the hydrology used in the study;
• assessing its suitability for use in the current study;
• reviewing and compiling recorded flow data at the river gauging stations in the study area;
• thorough review of the water level-flow rating relationships at those gauging stations;
• review of information and data about recent and historical flood events;
• review of the catchment boundaries and subdivision for use in the hydraulic model.

A draft Natural Water Retention Measures Methodology (NWRM) document has also been issued by Binnies/NOD and is being used to complete the NWRM mapping exercise.

Furthermore, survey procurement packages for topographical surveys and CCTV/Culvert surveys have been issued to the framework contractors for tender.

A programme of recruiting local environmental specialists is underway, this includes the procurement of the ecologists who are scheduled to undertake habitat surveys and invasive species surveys in the coming weeks. A Breeding Snipe survey has been procured and will commence shortly.

In addition, work has been made to create an initial draft stakeholder engagement strategy.

A completion date of summer 2021 has been given for these projects.