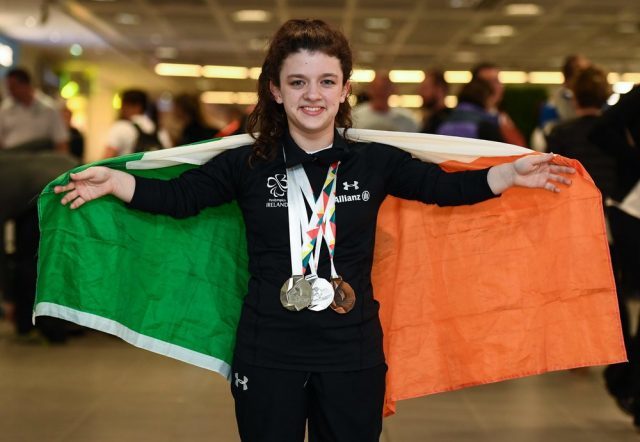 Laois swimmer Nicole Turner has claimed her second bronze medal of the week at the World Para European swimming championships in Madeira.

Having come third in the 200m individual medley final on Tuesday, she went in the 50m freestyle this evening.

And the Portarlington youngster recorded a new personal best and swam under 36 seconds for the first time to win bronze.

But despite her latest success, there is little time to relax as she is back in the pool again tomorrow for the 100m breast stroke.

And then on Saturday she faces into the 50m butterfly – in what is regarded as her strongest discipline.

Turner has already secured qualification for the Paralympic Games in Tokyo, which were due to be last year but were postponed because of the Coronavirus.

Turner had taken a year out from her education in Colaiste Iosagain in Portarlington to concentrate on her swimming career – and has since taken a second year off due to the deferred Games.

She competed for Ireland in the last Paralympic Games in Rio de Janeiro in 2016 when she was Ireland’s youngest competitor and was chosen as the flag bearer for the closing ceremony.

On that occasion she came fifth in the 50m butterfly and then took silver in that race in the 2018 World Para European Championships.