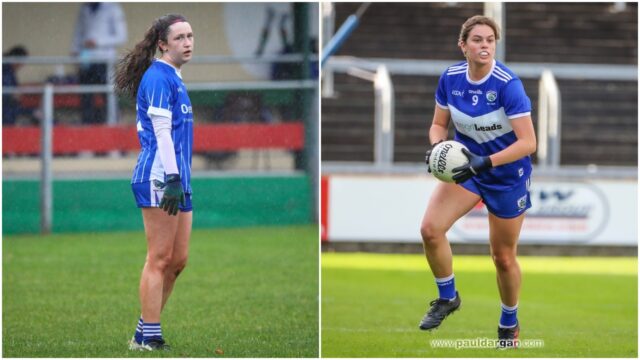 Last year, the minor championship was not played due to the Covid-19 pandemic.

Instead, they have informed counties that provinces can organise a championship at these levels and that must be completed by the end of August.

So while there will be no All-Ireland series for these girls, they will at least get to pull on the blue and white jersey unlike last year.

Unlike the GAA, the LGFA did not change their age grades to odd numbers so the minor grade is still an U-18 competition.

That means that some players on this panel are likely to be very busy in the coming months with Leah Tarpey, Orla Hennessy and Kelly O’Neill also on Donie Brennan’s senior panel.

A total of ten clubs are represented here and Timahoe have the highest with seven players.

Portlaoise have four while Sarsfields, Killeshin, St Brigid’s and Graiguecullen have three each.

Players from The Heath, St Paul’s, Ballyroan and Park-Ratheniska make up the remainder of the panel.

No fixtures have been released as yet but it is anticipated that the competition will get underway shortly.