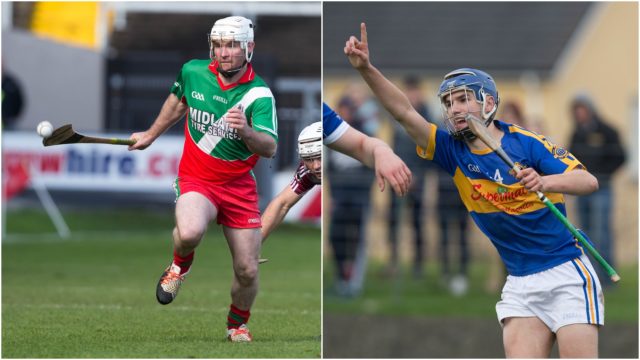 This evening in Laois competitive adult club hurling will resume after an absence of more than eight months.

The outstanding 2020 championship lower grades will be completed over the next couple of weekends while this year’s shortened league campaign will also begin for all clubs.

And before a ball is hit, we’ve ranked the top 25 clubs in the county.

A subjective exercise and one that could change in an instant, for now this is how we see them shaping up.

Like the stock exchange, ratings can fall as well as rise.

The 2020 Junior ‘A’ semi-finals are down for decision this evening and it’s anyone’s guess as to how they’ll play out.

The Harps, like Portlaoise, are still in contention in three grades and having been beaten in the 2019 final in this grade, they’re our current fancy to win this particular one though they can expect a serious battle from Castletown. Portlaoise play Abbeyleix in the other semi-final.

Since winning the Junior ‘A’ title in thrilling fashion in 2017, Ballypickas have struggled to make an impact at the higher grade. They were relegated at the end of 2019 but survived following the Colt-Shanahoe amalgamation and the subsequent reduction in number of teams.

Were duly relegated again last year but will be keen to bounce straight back up.

This will be the fourth year together since combining and there have been small steps of progress each season.

Having won the intermediate relegation playoff last year to stay up, they’ll be keen to push on towards the knockout stages this time around.

Have been closer to the bottom of the intermediate grade than winning it out in recent seasons but do have plenty of good players and their two losses in 2020 were to the eventual finalists in the grade – Rathdowney-Errill and Trumera.

Have potential to go up the rankings.

The second-string teams can mix the good with the bad and are always prone to losing players to their first team.

Borris-Kilcotton have been regulars in the semi-final and final of this grade and will be keen to get back up to the second tier where they previously were.

Were unlucky to lose out on a semi-final place last year on scoring difference and would see themselves on a par, at least, with 2020 finalists Trumera.

Should be competitive at this level once again.

Clough-Ballacolla have consistently had a decent second team but haven’t been able to get over the line in the intermediate grade.

Semi-finalists last year, they are more than capable of contesting for the title again this year.

Make the most of their limited resources and have certainly benefitted from the addition of a couple of new young players in the last year.

With all of those now a year older they’ll be quietly fancying their chances to beat Rathdowney-Errill in the delayed 2020 intermediate final.

A very vibrant hurling club that are able to put out strong teams in all the grades they compete in.

Have a handful of former senior county champions and a number of good young players on their second team and they will be favourites to win the 2020 intermediate final and go up the Premier intermediate grade.

Have found the going tough in the last couple of seasons in the second tier and while relegated without much resistance last year, they will surely be among the stronger teams in the intermediate this year.

Success in that competition would be a timely boost for the club.

Last year was their first year to come together and the lack of matches due to the pandemic made it particularly difficult on them.

They ended up in the relegation final but comfortably got the better of Mountrath and will be keen to see signs of progress this year.

After surviving relegation in 2019 due to the Colt-Shanahoe amalgamation they showed some signs of improvement last year though will be disappointed at how they were eventually knocked out by Camross’s second team.

Should be strong enough to avoid the drop but have plenty of ground to make up to be competing at the other end.

Since the end of the Gaels arrangement where Ballyfin called on a handful of Mountmellick players, Ballyfin have slipped back into the pack and have been disappointing in the last couple of Premier intermediate championships.

Getting back to a semi-final at least has to be a priority in 2021.

Having won the intermediate championship in 2019, they more than held their own at the higher level and could well have beaten The Harps in the opening round last year.

Turnover of players is always an issue with a second team but they will again have some experienced players coming down from senior and new ones coming onto the scene.

Have competed admirably at this level as they have climbed through the grades. Got to a semi-final for the first time last year though The Harps were too strong and if Ben Conroy isn’t available having gone overseas, they may struggle to repeat that showing.

Have been the second best team in the Premier Intermediate for a number of years now since getting relegated.

Have a third final in a row now to look forward to when it eventually gets the go-ahead but their record isn’t great and they’ll really need to turn it on to beat Portlaoise.

Have become the ultimate yo-yo club in recent seasons and will be seeking a third championship success at this grade when the finally take on The Harps in the delayed 2020 final.

Will be more than capable of winning that but whether they can remain senior is another question.

Will be disappointed to have been relegated last year having competed well enough in the group stages before going down to Castletown in the playoff.

Regardless of who wins the 2020 Premier intermediate final, Ballinakill will almost certainly be the pre-championship favourites for 2021.

Suffered three big championship defeats in 2020 before pulling it out of the fire with a fine win over Ballinakill in the relegation playoff.

After surviving that scare they won’t want to end up in that situation again though they will need to show huge improvement consistently.

A win over Castletown aside they didn’t have much to shout about in 2020 and they haven’t shown a huge amount since reaching the 2017 semi-final.

Have had some good underage teams in recent years and will need to be challenging the bigger teams more often now.

2020 was a disastrous year for them as they were knocked out after losing their first two group games.

But nobody will fancy coming up against them and they have most scope to rise well up the rankings here.

Enjoyed an excellent first season at senior with wins over Camross and Borris-Kilcotton as well as a decent showing against Clough-Ballacolla in the semi-final.

Won’t be a surprise package anymore but they have plenty of quality players and they will be out to show that last year wasn’t a flash in the pan.

Champions in 2019, they suffered bad luck with injuries at the wrong time last year and were soundly beaten by Borris-Kilcotton in the semi-final.

Mark Kavanagh will be a loss if he is out for the season but they should again be in contention at the business end.

Still have last year’s final to look forward to whenever it is played and have a fine team more than capable of winning it out.

As a club, they would only love to add a second county title to their maiden 2016 success.

Started out the 2020 season as the fourth ranked of the ‘big’ Laois hurling clubs but ended it as the only ones not to lose a game.

Are a side that have introduced a lot of young players and the gap back to their last senior title in 2015 is growing – but for now we have them as very marginal favourites to win the 2020 title.

And after that it will be all to play for again.