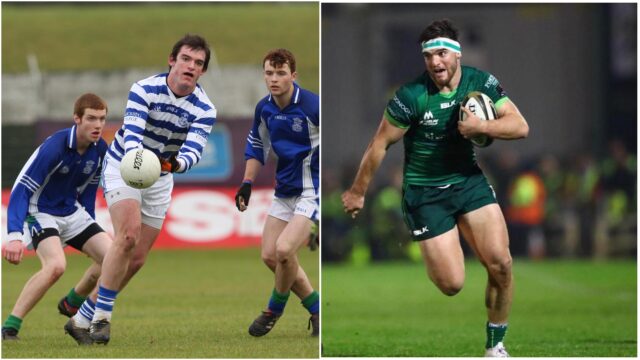 Former Knockbeg College student Tom Daly has been rewarded for his excellent form with Connacht this season by being included in the Ireland rugby squad for this summer’s test games against Japan and the USA.

Daly, a native of Ballon in Carlow, spent six seasons with Leinster before moving to Connacht two years ago, has been exceptional in the centre for Connacht – and is one of 11 uncapped players in the Ireland squad for the summer games.

Among the other uncapped players in the 37-man squad are Leinster prop Peter Dooley from Birr and Munster second row Fineen Wycherly, a former Cistercian Roscrea student.

Also back in the squad is Athy native Joey Carbery who is one of three out-halves included though Jonny Sexton is being rest for the summer games.

Ulster’s Billy Burns and Leinster’s Harry Byrne are the other out-halves named with Byrne’s older brother Ross not included.

As well as resting Sexton, Keith Earls and Cian Healy haven’t been included either while Ireland will also be without the eight players named to tour with the Lions in South Africa.

Both fixtures are part of the government’s outdoor pilot sport event programme which will see limited supporters back in Lansdowne Road.

Both games will be broadcast live by RTE and Channel 4.