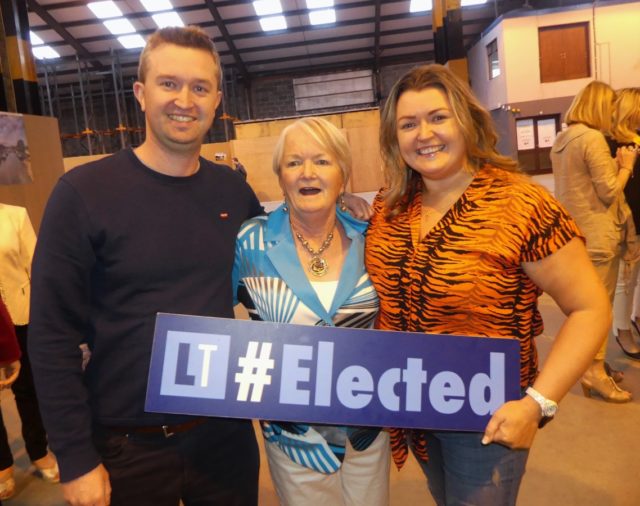 Fine Gael County Councillor Mary Sweeney has been elected as the chairperson of the Portlaoise Municipal District for the next 12 months.

Laois County Council is split up into three geographic regions and the Portlaoise area encompasses Ballyroan and Abbeyleix also.

This came after a vote which was held in the Chamber of Laois County Council this morning – the first physical meeting to be held at the venue this year.

Covid-19 restrictions had so far meant that all meetings were done virtually before today and while members of the press logged in from their laptops – Councillors and some Council staff were physically present.

Cllr Sweeney was nominated for the role by outgoing chair Thomasina Connell and this was seconded by Willie Aird.

While Labour’s Noel Tuohy was also nominated for the position by Sinn Fein’s Caroline Dwane-Stanley.

Cllr John Joe Fennelly was elected vice-chair after defeating Caroline Dwane Stanley by the same margin as the votes followed the same pattern.

Cllr Dwane Stanley said: “I want to congratulate Mary on her election.

“Myself and Noel are excluded from these roles but there is no hard feelings towards Mary who I know will make an excellent chair.”

Cllr Tuohy said: “In all my years I have served under various chairpersons and they have all been extremely fair to me.

“I have no doubt that Cllr Sweeney will do an excellent job.”