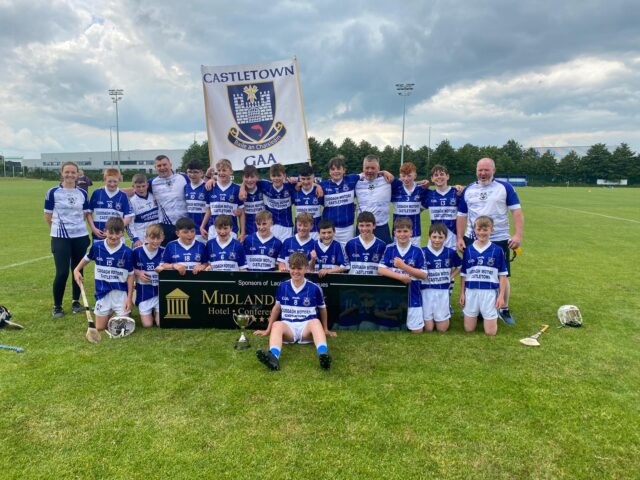 The old phrase that ‘goals win games’ was proved true once again in the Laois GAA Centre of Excellence this morning.

Castletown managed three through Kyron Cuddy, Tom Óg Phelan and Daniel Whelan and that was the difference as they saw off Clough-Ballacolla in an entertaining affair.

Castletown captain Ryan O’Connor was also deadly accurate in front of goals as his side claimed a 10 point win in this delayed final from 2020.

Clough-Ballacolla made a marvellous start to the 13-aside encounter by scoring the first four points.

Eoin Duggan swung over three of those while Colm Brennan converted a 65 to give them an early lead.

But Castletown were slowly starting to find their feet in the game and they burst into life – scoring two goals between the fifth and sixth minutes.

Daniel Whelan and Tom Óg Phelan combined for both of them. The first saw Whelan find Phelan and he pulled off a neat 360 spin to get by his marker before rifling the ball to the net.

Phelan then turned provider for Whelan and all of a sudden Castletown led by two points.

Tommy Goode extended the advantage but a near score from John Coonan left it 2-1 to 0-5 at the water break to Castletown.

Castletown continued to dominate on the restart with Ryan O’Connor adding two placed balls while Tom Óg Phelan also pointed to put them 2-4 to 0-5 ahead at half time.

The sides traded points on the resumption of play as Castletown maintained their five point lead.

The victors then put the game to bed 15 minutes before full time.

Kyron Cuddy gathered a loose ball 20 metres from goal, charged forward and then unleashed a thunderbolt into the corner of the net.

Colm Brennan and O’Connor traded frees to leave it 3-9 to 0-8 at the second water break.

The game ended with a succession of frees as Castletown maintained their lead to lift the cup. 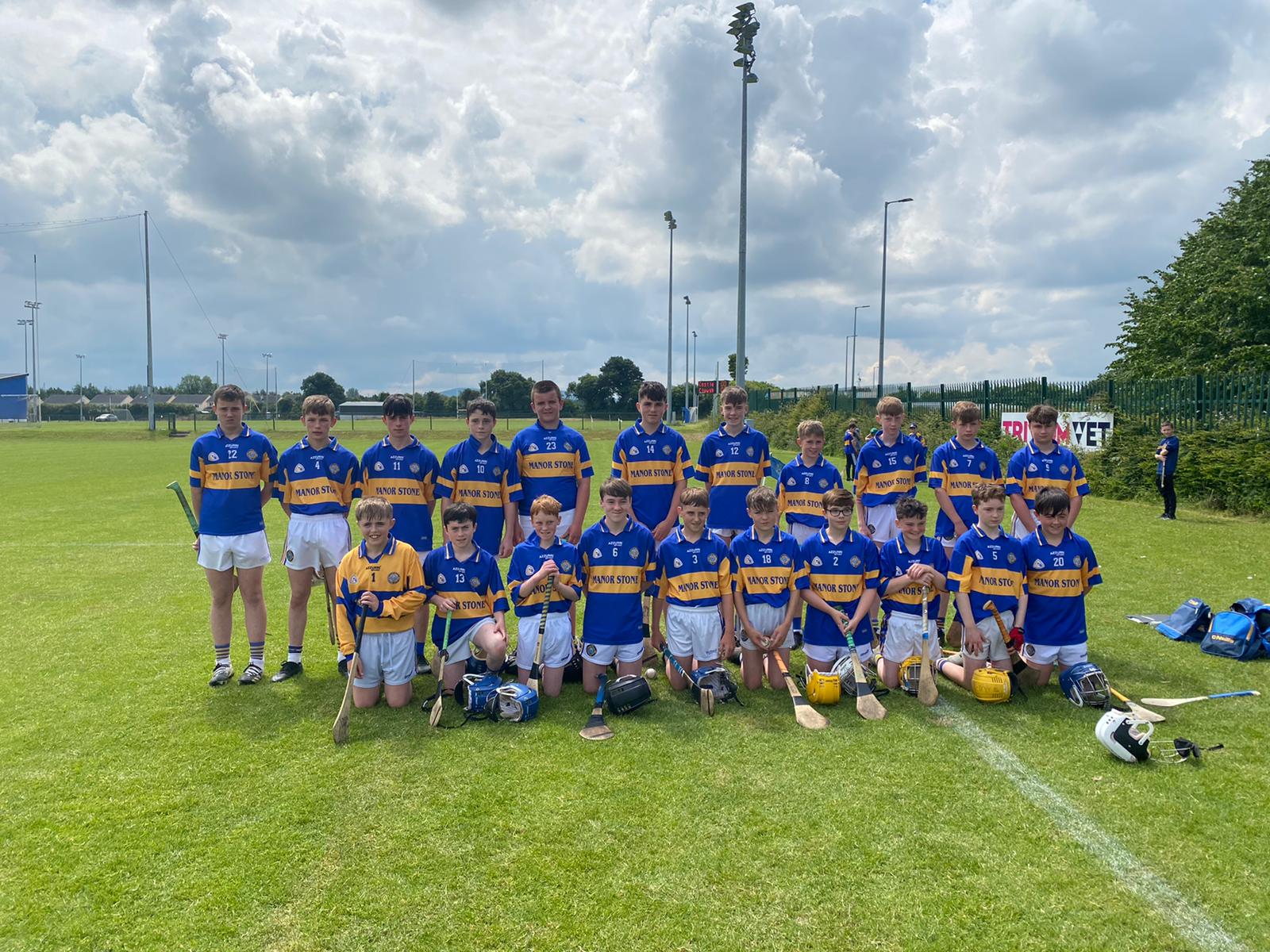 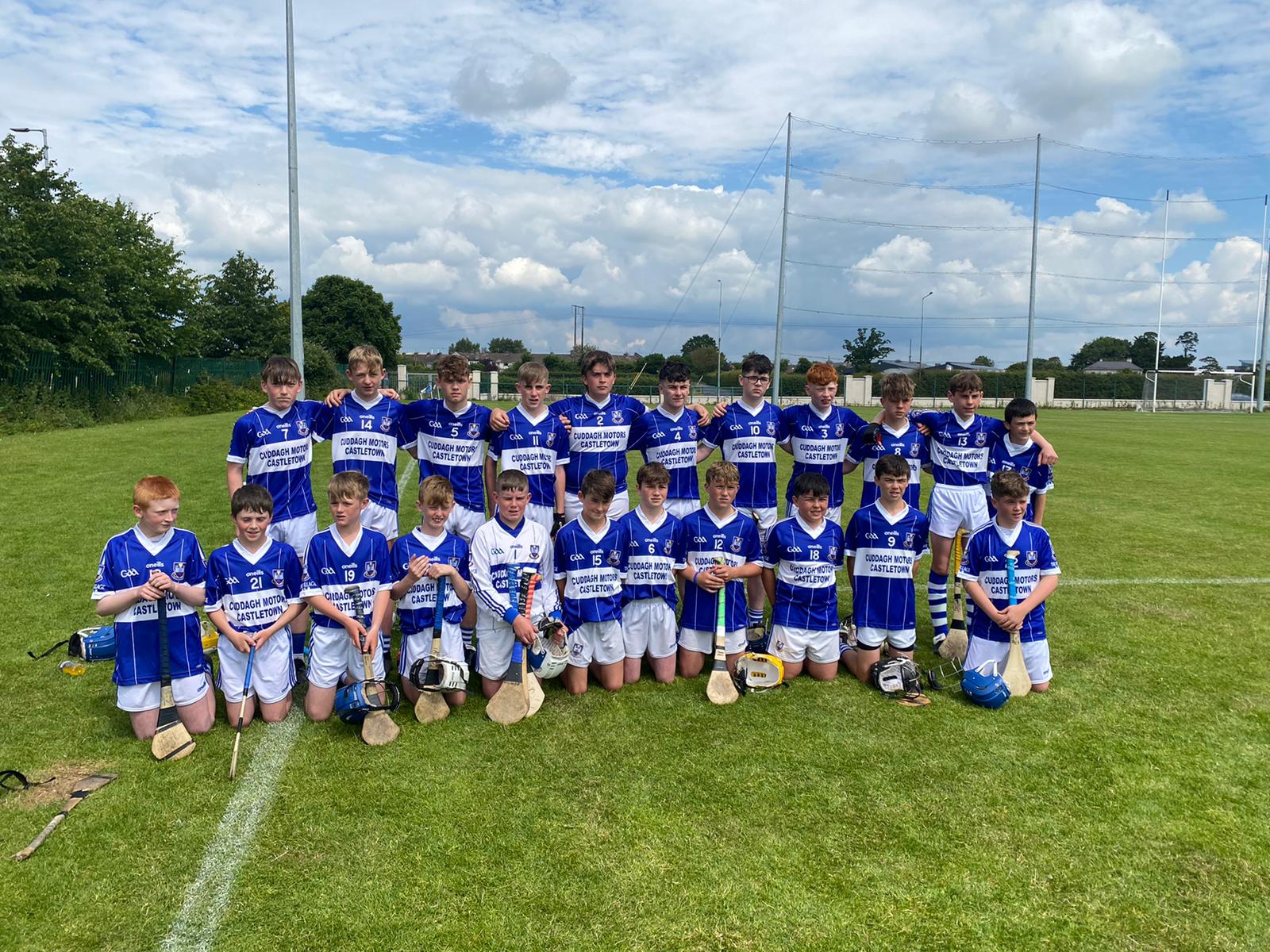