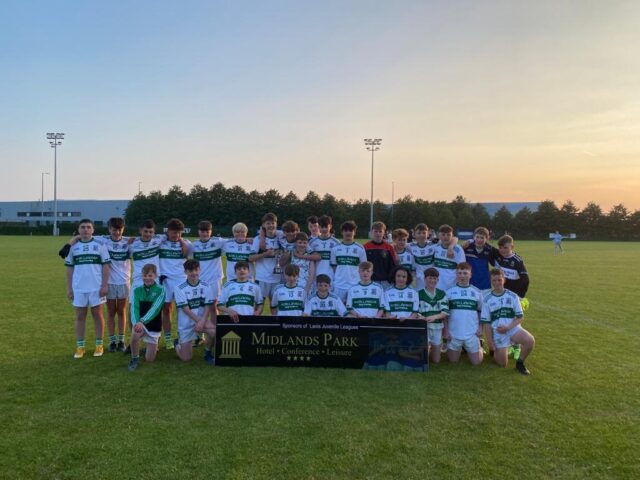 Portlaoise were crowned 2020 U-13 football champions in the Centre of Excellence after a hard fought win over Portarlington tonight.

There was a strong breeze blowing into the Abbeyleix end of the Centre of Excellence.

This played a huge role in the contest which made it very much a game of two halves.

Portlaoise played with the wind in the first half and they took advantage of this as they led by nine points at the break.

In the second half, Portarlington put a lot of pressure on the Portlaoise defence but they stood strong through some great defensive displays from Rio Lacumber and Josh Finn.

The pairing gave their side a platform to counter attack at pace and punish Portarlington at crucial moments in the game.

Sean Micheal Ward got the game underway with a point. However, Portlaoise replied with 1-2 in quick succession to take the lead.

Darren Brennan caressed the ball over the bar from a free for Portlaoise’s first score of the game.

Then Josh Finn made his presence known in the game when he blasted the ball home to give Portlaoise a three point lead – 1-1 to 0-1.

Brennan then converted another free in the sixth minute of the game and the scoreline remained 1-2 to 0-1 until the water break.

But whatever the Portlaoise management said to their players at the break worked wonders as Portlaoise came out flying to distance themselves from Portarlington.

Brennan lodged over a free before Sean Powders scored a fantastic goal from a tight angle.

Powders received the ball along the end line and he cut inside his man and drove the ball low into the far corner of the net to see Portlaoise take an eight point lead.

Cillian Smith then concluded the half with a point to leave the score line 2-4 to 0-1 at the interval.

Portlaoise nearly wrapped up the game at the start of the second half when Owen McGowan and Powders combined but the latter was denied his second of the game when his shot struck the post.

Portarlington then went straight down the field and scored a goal of their own.

Sean Moran won a free inside the Portlaoise half and he intelligently played a quick ball over the heads of the Portlaoise defence to find Tom Corcoran in space.

Corcoran showed great composure as he flicked the ball around the on rushing Jack Ryan to find the back of the net.

Portarlington then scored three points in a row via Paddy Murray, John Cooney and Sean Moran before the water break to reduce the deficit to four – 2-5 to 1-4.

But Portlaoise showed great resolve in the last quarter and managed the game well.

Cillian Smith stepped up in with a point to extend Portlaoise’s lead during a period of domination for Portarlington.

While Darren Brennan sealed the win for Portlaoise with a point in the latter stages to see them claim U-13 championship glory. 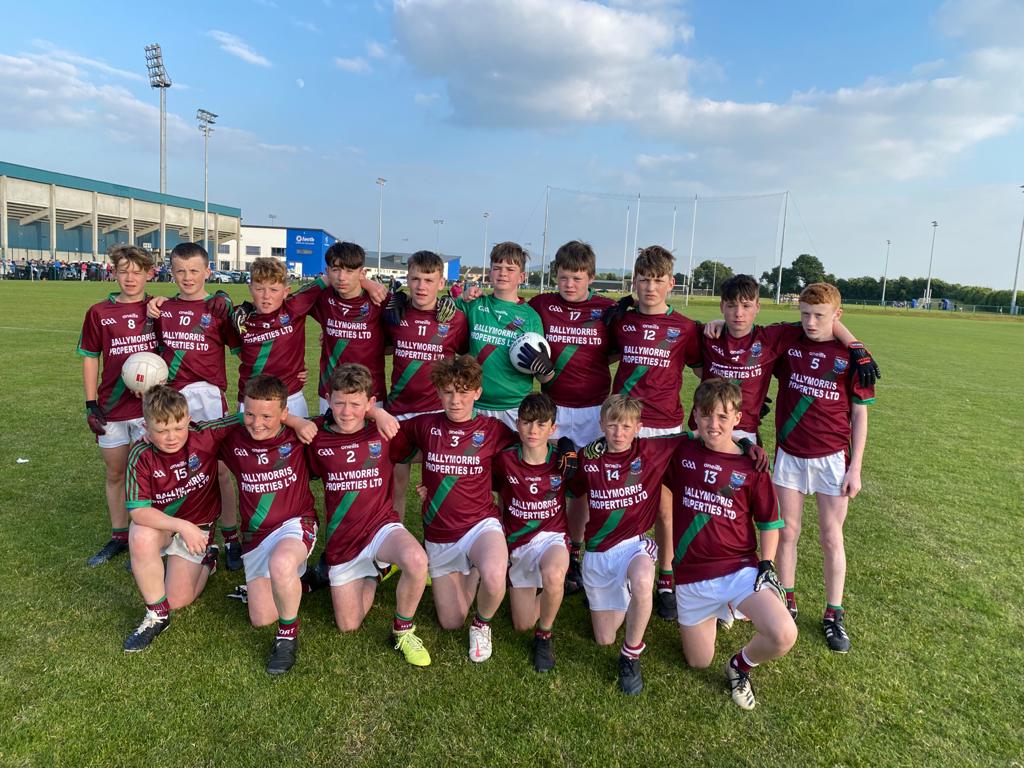 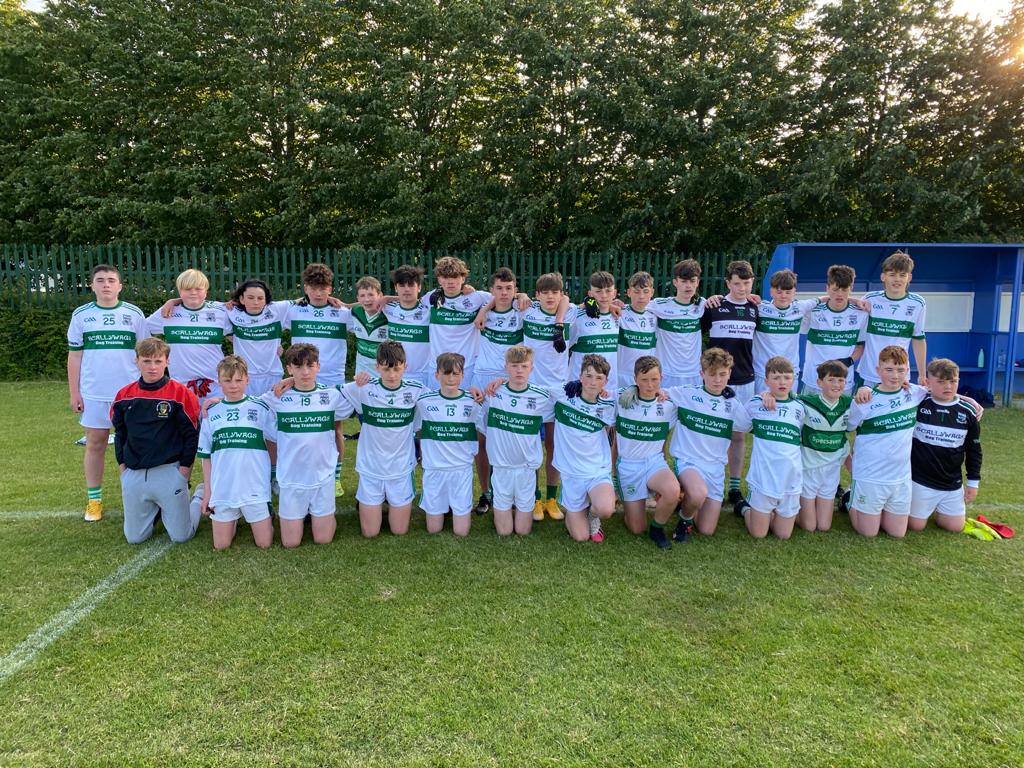