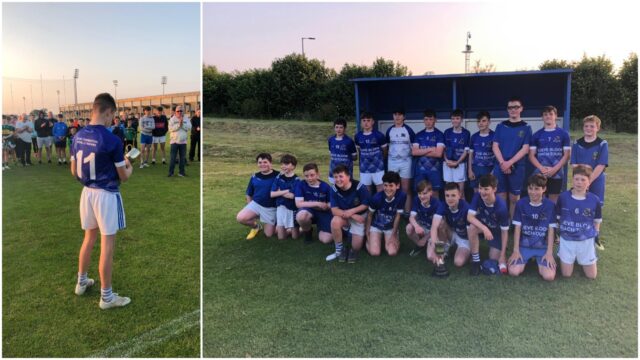 Hat-tricks from Paul Conroy and Eoin Coss did the trick for Mountmellick as they were crowned the 2020 U-13 ‘B’ championship in the Centre of Excellence this evening.

After coming through a tough semi final against Graiguecullen last week, this was a game that they led from start to finish – winning by 21 points in the end.

Ballylinan defeated The Harps with the final kick of their semi final but a lot of things went against them tonight.

They lost the toss for a start which meant they had to play against the wind, a wind which died in the second half, and then they lost keeper Shane Baldwin very early to a hand injury.

Mountmellick scored their first goal after 30 seconds when the extremely impressive Eoin Coss raced through before firing a bullet to the net.

Pete Culleton added a point before a second Mountmellick goal was rifled in by Corey Houlihan.

Culleton added a second point before Ballylinan got off the mark through Ryan Morgan.

Mountmellick had a third goal by the water break though – this time via Shane Conran – to move 3-3 to 0-1 ahead.

And it was more one-way traffic in the second quarter as the excellent Coss raised two more green flags to complete a first half hat-trick.

Jack Julian and Niall Hickey tried to keep Ballylinan in touch but Mountmellick were simply relentless.

Houlihan added two points while Paul Conroy struck for the first of his goals to leave it 6-7 to 0-3 at half time.

To Ballylinan’s great credit, they did not give up and actually won the second half.

Midfielder Niall Hickey was instrumental in this as he scored 1-5 in the second period with Jack Julian adding the other point.

They tried for further goals but Mountmellick were rock solid in defence with keeper James Culliton pulling off some fine saves and full back Riley Comerford snuffing out countless attacks.

But Mountmellick remained a threat as some lovely handpassing moves involving the likes of Coss, Houlihan and Oisin Hade yielded scores.

Paul Conroy got on the end of two such moves to join Coss in the hat-trick circle.

They finished the game with late points from Pete Culleton to run out convincing winners. 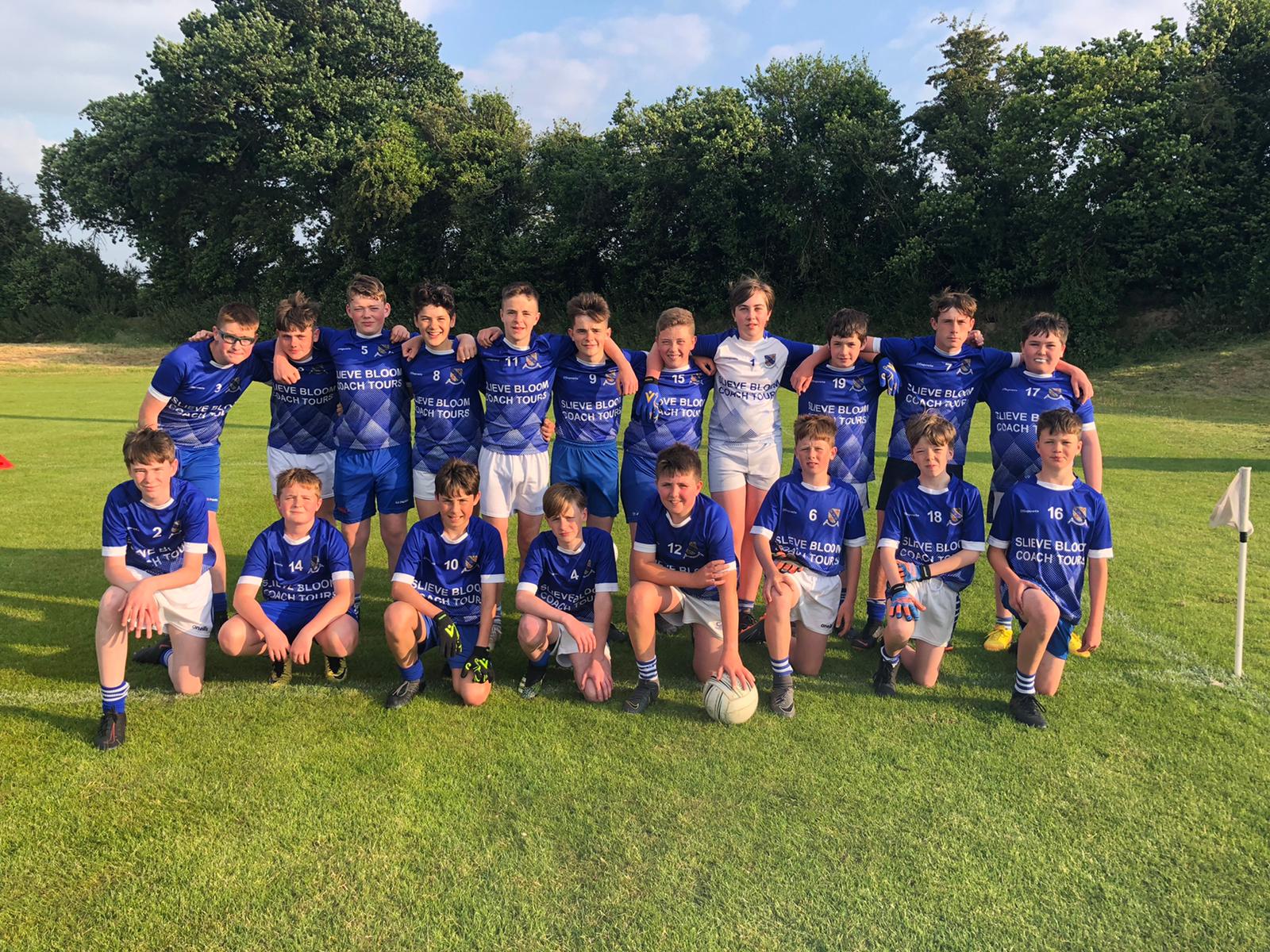 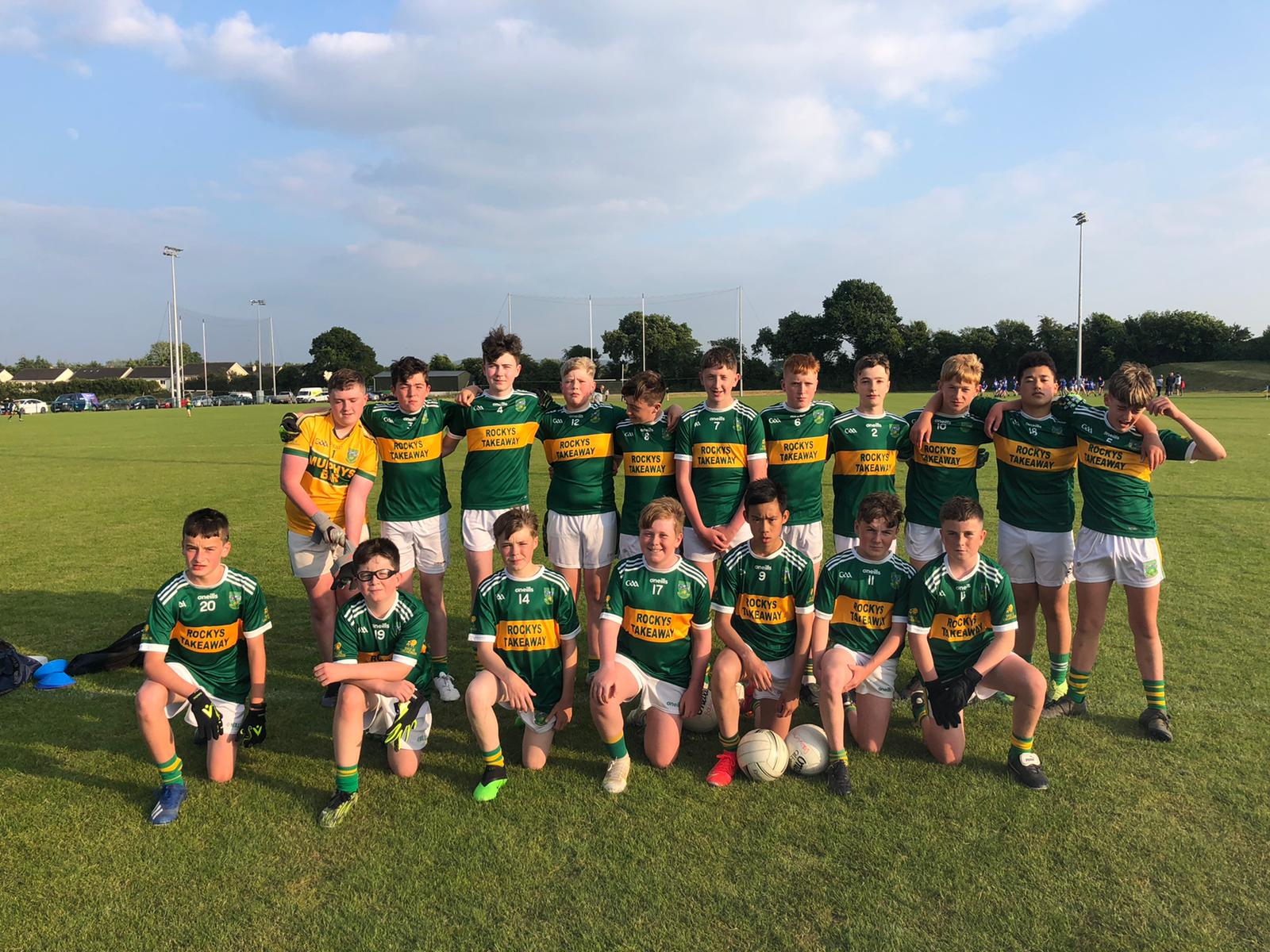