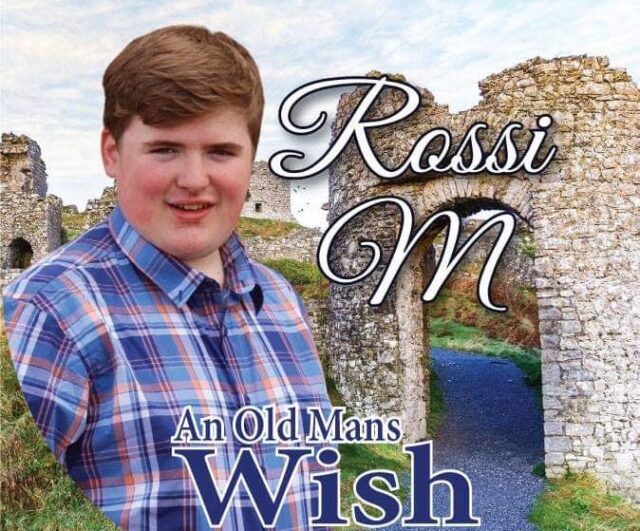 A talented Laois teenager has released a brand new single. Stradbally’s Ross Molloy, ‘Rossi M’, has released An Old Man’s Wish, a cover of an old song about a emigrant’s love for his native county Laois.

The song is about a Donegal man in an airport who encounters an old Laois man.

Believing the Donegal man is also from Laois, the old man asks him carry out several tasks for him when he returns home.

Those are the catchy words of the chorus and Ross explains how the song came to be.

He said: “I would like to thank Alistair Fingleton who put the melody to the monologue, Glen Flynn who produced and arranged the single, Steve Bloor Media for the poster and release of the recording and everyone who has contributed in any way.

“This was an old monologue about a man who was living in New York, but originally from Laois who wanted someone to give his love to various places around County Laois.

“I am delighted to say I have turned it into a nice little song.”

An Old Man’s Wish was released on June 14 and rose to No 1 in iTunes Country Charts.

It is available to purchase in CD form from Simpson’s Gala and The Grand Stand in Stradbally.

While Ross’s single is also available to stream on Spotify and iTunes.