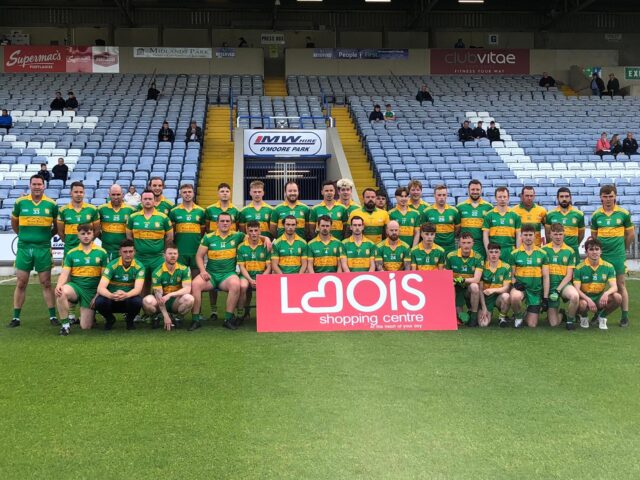 The scoring touch of Kieran Delaney and the creativity of James Connolly was the difference on the evening in a very tight affair.

Delaney finished the game with 1-3 while Connolly set up a host of scores as Portlaoise had no answer to either of them.

Portlaoise battled hard but they missed a lot of chances – particularly in the first half when they had the wind.

The result means that Ratheniska are promoted to intermediate for 2021 while Annanough are relegated to junior.

The opening quarter was a very tight affair as both sides tried to feel their way into the game.

Portlaoise took the lead twice through Martin Staunton frees and he was pegged back on each occasion through Kieran Delaney for Ratheniska.

The Town did take the lead for the third time on the stroke of the water break when midfielder Craig Scully caressed one off his left boot to leave it 0-3 to 0-2.

The second quarter was a far more entertaining affair. Portlaoise went three points clear thanks to Staunton and Lawless but they also hit several wides on the resumption.

Ratheniska needed a spark and they got it three minutes from half time when we had the first goalmouth action of the evening.

James Connolly’s shot for a point was blocked but it was flicked on by DJ O’Connell into the path of Kieran Delaney on the edge of the square but Portlaoise keeper Richie Downey pulled off a brilliant save.

DJ O’Connell slotted the resulting 45 and Mark G Delany then landed a free to leave it 0-5 to 0-4 to Portlaoise at half time.

Ratheniska picked up from where they left off on the restart as they won the throw in and Richie Hitchcock charged forward before finding Kieran Delaney to level the game.

DJ O’Connell then put them ahead after a brilliant pass from James Connelly and the latter was at it again after 36 minutes.

Brian Fingleton and Brian Dunne combined to find Connelly 30 metres from goal and he picked out Kieran Delaney with a delightful pass where the latter beat Richie Downey from close range for a wonderful goal.

Scott Lawless hit back for Portlaoise and they thought they were level after 40 minutes when Andy Dowling punched a Brian McCormack pass to the net – but it was ruled out for a square ball.

Ratheniska almost had a second goal at the midpoint of the half when Connolly was once again provider of a goal chance – this time for full back Mark Delaney – but his shot came back off the post.

Nevertheless, long range points from Brian Fingleton and Podge Dunne gave them a 1-8 to 0-7 lead at the second water break.

Cormac Dunne cut the gap to three after 52 minutes and Ratheniska were then reduced to 14 men after 56 minutes when sub Marc Ramsbottom was shown a black card for a foul on Gary Whelan.

Cormac Dunne landed a free as the game headed for injury time but that would be it as Ratheniska prevailed by two points. 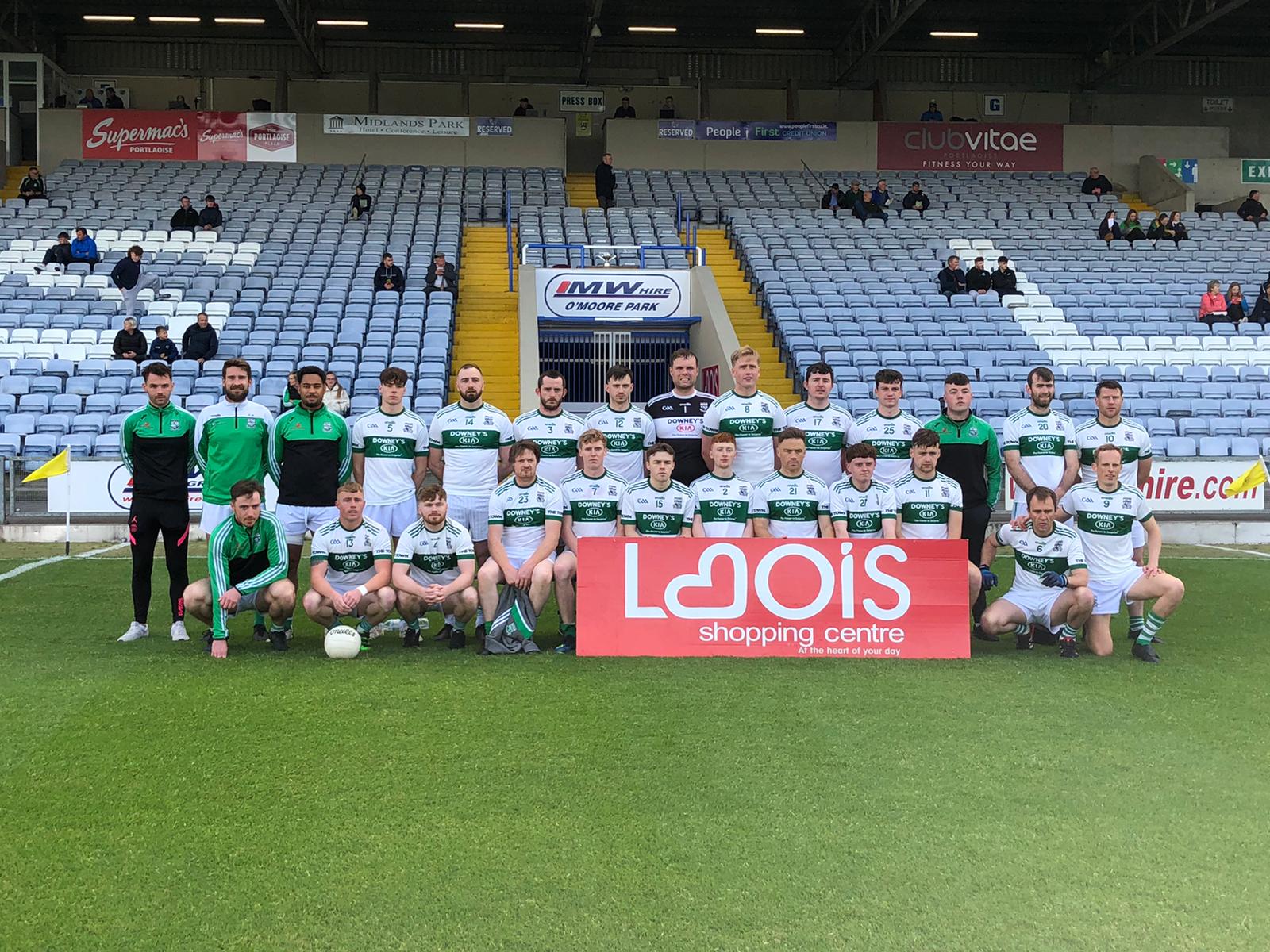