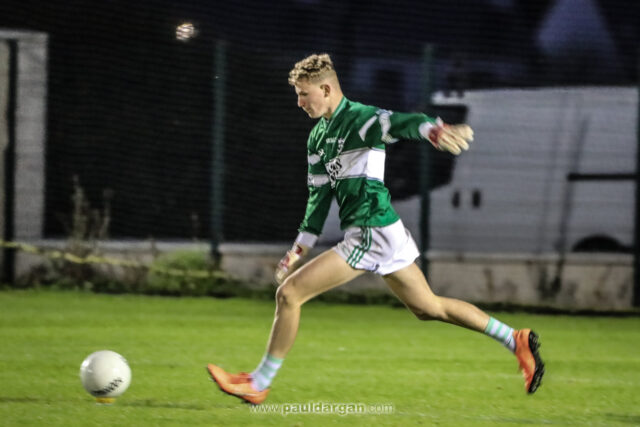 Laois minor goalkeeper Conor Brown has been nominated for the Electric Ireland Minor Football Player of the Week.

The Portlaoise man played a starring role in a dramatic encounter in O’Moore Park on Saturday.

He was assured on his kick-outs throughout and dealt very well with a tricky high ball in the second half too.

But it was in the resulting penalty shoot-out where he took centre stage.

He took the first penalty and pinged it into the top corner. Tomas Mythen replied for Wexford before Graiguecullen’s Conor Harte became the first to miss as his shot went over the bar.

But Brown came good again to deny Darby Purcell before Aaron Dorgan, who had so harshly had a last minute free given against him scored calmly.

Conor Kelly levelled it at 2-2 before Cormac Murphy made it 3-2 to Laois.

But Brown was the hero as he made yet another save.

Laois will now progress to the Leinster quarter final on July 10 where they will be away to Louth.

Brown is up against Ronan Quinlan of Carlow and Liam Flynn of Louth in the vote.

You can vote for Conor on the Electric Ireland Twitter page as posted below:

It was a brilliant weekend of action in the 2021 Electric Ireland GAA Minor Football Championship! Cast your vote for the week’s 2021 Football Player of the Week below ?@CLGLaois @Carlow_GAA @louthgaa #GAAThisIsMajor