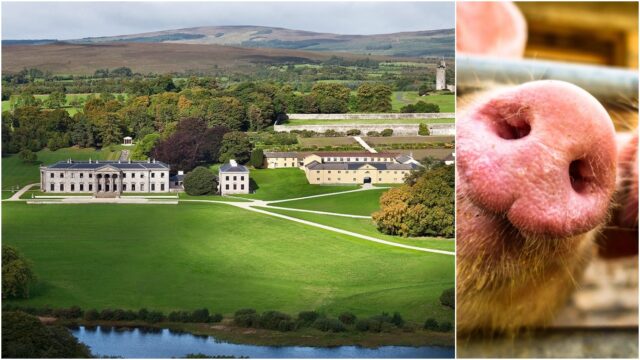 Further submissions have been made against a planned pig farm in Ballyfin, including a second letter from Jim Reynolds, the managing director of Ballyfin Demesne, as well as an objection from one of the local primary schools.

Local farmer Garrett Behan, whose parents and grandparents also farmed in the area before him, has applied for the development of a pig finishing unit for almost 2,000 production pigs, two meal bins and associated site works at Clonygowan, Ballyfin.

A decision is due to be made by Laois County Council later this month.

The deadline for submissions in relation to the development was this week with a total of 15 submissions made by local residents as well as by Ballyfin Demesne and from Noel Reynolds, the acting principal of the nearby Barnashrone National School. A petition consisting of a number of other signatures was also submitted.

Among the documents submitted by the applicant was a Natura Impact Statement as well as an Environmental Assessment which says that “emissions to air from the site will be small, and will be mostly attributed to the animals on the site”.

“The odour associated with a site of the proposed capacity does not and will not cause annoyance and will not interfere with amenity outside the boundary of the site.

“The site of the proposed development is in a rural area where odours associated with agricultural practices are a part of normal daily life.”

However, there has also been a report received by Inland Fisheries Ireland who have expressed concern over the “potential of pollution” from the spreading of “high strength pig slurry”.

The submissions made by locals mostly claim odours and environmental issues as their concerns.

Ballyfin Demesne, which is about three miles from the proposed development, are among those to submit letters of objection with their Managing Director Jim Reynolds writing to Laois County Council on June 17.

It is the second time that Ballyfin Demesne have made an application, following on from a previous letter in 2020.

They say “the possibility of an intensive pig production unit nearby is very disturbing and the resultant inevitable smells, odours and noise will impact our place at all seasons”.

The letter adds that Ballyfin Demesne employ a total of 94 people and “such a development would have grave implications for the successful operation of our business”.

In addition, the letter from Barnashrone NS dated June 25 of last week, has said that “such a construction will have multiple detrimental affects on the school population as a whole, most notably the children in our school with severe and profound special educational needs”.

Though the school is a couple of miles from the development, they highlight concerns of increased noise pollution from transportation going by the school as well as “dust carried by prevailing down wind” and “the emission of chemicals … into the surrounding climate”.

They add that “the increased risks of the escalation of multi-sensory issues is of grave concern to the whole school community”.

When contacted by LaoisToday, Garrett Behan said he’d rather not comment and would let the planning process follow due course.