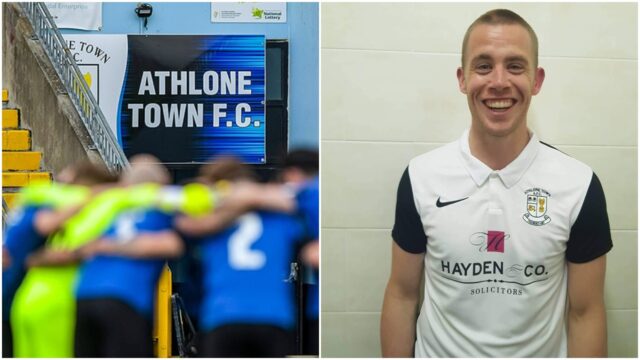 A Laois soccer player has signed for a League of Ireland club for the remainder of the season.

Garry Comerford, who previously played for Shamrock Rovers, Cobh Ramblers, Waterford and Cork City, has signed for Athlone Town in the First Division.

Comerford signed for the Westmeath club when the transfer window opened on July 1.

He had previously signed for Stradbally Town in the CCFL but Covid had limited his playing time for his home club – albeit that he signed off with a hat-trick in a game against Portlaoise Rovers last week.

They trailed 2-0 when Comerford was introduced after 50 minutes – but they found themselves 4-2 down after 86 minutes.

However, late goals from Shane Barnes and Adam Wixted sealed a dramatic 4-4 draw.

But with still more than 20 games to play, there is plenty of time for Comerford and co to climb the table.