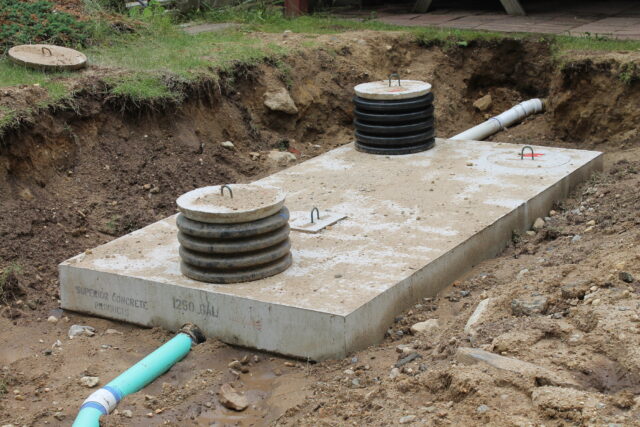 Laois TD Brian Stanley has called for the grant scheme for the upgrading of septic tanks to be reformed.

He said that almost half of waste water systems in failed recent inspections.

The Sinn Fein TD said the biggest flaw with the grants system was that a tank had to fail an inspection before the owner can apply for a grand.

He said: “The current failure rate for household waste water systems (Septic Tanks) highlights the fact that the grant scheme for upgrading these tanks need to be reformed.

“The high failure rate also underlines the need for a better awareness campaign to assist householders in keeping their wastewater treatment systems in good order.

“This is essential to protect the supply of water from polluting wells serving rural Ireland.

“The recent EPA (Environment Protection Agency) report shows us that over half of septic tanks which were inspected across the state in 2020 failed. A further 23% were found to be at risk to human health or the environment. 47% of the number that were inspected in Laois last year failed the test.

“While in Offaly the failure rate of 63% was recorded. This compares with the national average across the State of 54% failure.

“The number of inspections done in Laois last year was 15 with just 8 done in Offaly.

“The registration and inspection system for septic tanks was introduced in 2013 and councils are required to inspect a certain number each year. A grant system, up to maximum of €5000 was introduced at the same time to replace or upgrade domestic wastewater systems. To apply for the grant your system must be inspected by a local authority official and must fail the inspection.

“The fact that the system has to fail before you can apply, and the level of grant funding is clearly an issue. This needs to be looked at immediately.

“Many of the problems that arise are of a minor nature such as the need for desludging, surface water entering the tank or just general maintenance.

“There is a need for greater awareness campaigns to be run by the Department of Environment on this.

“Fixing the septic tanks that fail inspection is a priority and the open cases that are with the local county councils must be completed in a timely manner. However it is essential that adequate grant assistance is available to assist householders to upgrade, in particular those on low incomes.’’