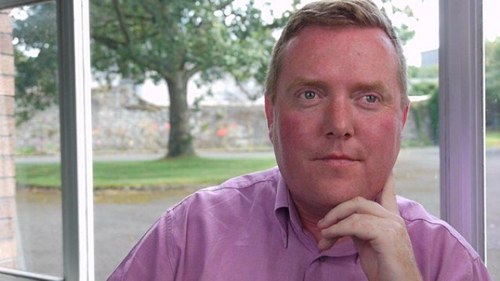 I was really disappointed for so many children and families who again were prohibited from celebrating baptisms, communions and confirmations.

Our churches continue to be greatly restricted and in limited use. This Pandemic has been hugely challenging for our Church. Whilst we engaged virtually, it in no way compensates from being with family as they approached the Table of the Lord.

Without people physically present, the celebration is in so many ways, hollow and empty. Time and event have somehow slipped from our grasp, what was normal is no more, the gift of experience is missing as everything has changed.

In contrast, the bishops in the US Conference have set out on a path of discussion of eligibility for the reception of the gift from the Lord’s table, seeking a clarification that can only sharpen the division where care and concern for faith should be paramount.

The gathering round a table has a significance in many spheres. The family table is a focal point of the home, the place where a meal is eaten and conversation is shared, where points of view are exchanged and nourishment received.

On special occasions, the best table cloth, napkins and crockery are brought out to mark the importance of the gathering.

To turn someone away from the table is a rejection of significance, the refusal of sustenance a gesture that cannot be ignored. Declaring someone unwelcome is not a trivial matter, it is opting out of a friendship in a public manner that shows disapproval.

When there is international dispute, we talk of bringing those who disagree to the table, recognising that common cause will only be achieved through a meeting of hearts and minds intent on finding a meaningful solution.

It is when we meet round a common table that agreement is finally reached and a solution is found. We speak of bringing an issue ‘to the table’, recognising that the table is a meeting place where matters might be resolved.

When leaving our homes in towns and cities we gather in church to share in the Eucharist, we are coming together in unity of purpose and commonality of prayer, setting aside our divisions and disagreements.

The politicising of Eucharistic Reception is diametrically opposed to the gift of love that is offered.

Our individual conscience is always paramount, our intention is a matter between ourselves and the God in whom we profess our Christian faith. We have a phrase when there is disagreement –‘The least said the better’.

The US Hierarchy would do well to reflect on those few words for already sides are being drawn in a dispute that is dividing the American Church.

With the vote to at least prepare a position document, the American Bishops conference, has declared its view as a national meeting, although in the end each bishop decides what happens in his own diocese. There is still time for much heartache on the way through.

The citizens of the US elected Joe Biden as their President last November, a man who has openly professed his Catholic faith, choosing his integrity over the incompetence of his opponent, who carried the argument on week by week through to the early days of January, culminating in the storming of the very seat of government, the Capitol in Washington DC, the candidate who received the support of the Cardinal Archbishop of New York.

Yet now, by their actions that are clearly targeting President Biden’s position, they will only serve to sow further the seeds of division.

Contrast Biden’s profession of personal faith with that of Jack Kennedy, “Contrary to common newspaper usage, I am not the Catholic candidate for president,” Kennedy said on live TV. “I am the Democratic Party’s candidate for President, who happens also to be a Catholic. I do not speak for my Church on public matters, and the Church does not speak for me.”

No one doubts the seriousness of the abortion issue from the Christian standpoint. Nor should we discount the complexity of the public argument that faces men and women who seek to serve in the political forum.

One can only ask that they examine the issues with care and consideration before casting their votes.

A compassionate Church is one that is sensitive to individual needs and voice of those who profess their faith in an open and honest manner. Rigid demarcation serves only to fuel intolerance in an already fractious world.

So in this time of celebrating the First Communion of our children may we not forget to encourage the continued reception of this gift from the Lord’s Table for others rather than impose barriers that divide us, one from another.