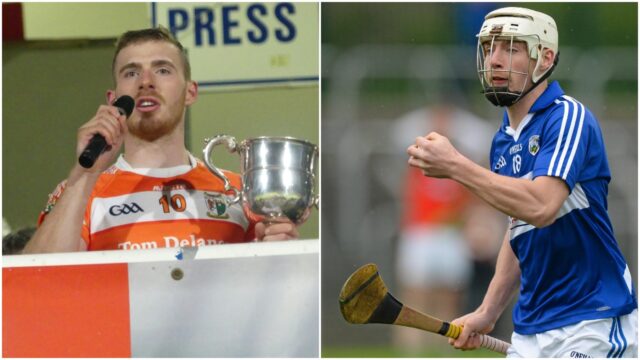 There has been a boost for club and county in Laois as one of our most talented hurlers has returned home.

Slieve Bloom’s Ben Conroy is back in Ireland after spending the last year abroad.

The talented forward has linked up with the Laois senior hurlers and after completing his mandatory period of isolation, he is now in training.

While it is probably unlikely that he will feature against Waterford this weekend, he is no less in contention.

If he does play, it will be the first time since 2018 that he has pulled on a Laois jersey.

He was part of the Joe McDonagh Cup winning panel in 2019 but missed all of the year with a cruciate knee ligament injury sustained at the end of the previous season.

In 2019, Conroy was part of the Robert Emmett’s side that claimed London championship glory.

He played for Slieve Bloom last year and, after narrowly avoiding relegation in 2019 without him, they reached the semi final of the Premier Intermediate where they were beaten by The Harps.

Conroy left a short time after that but his return will certainly also be a boost for his club ahead of the start of their championship in September.