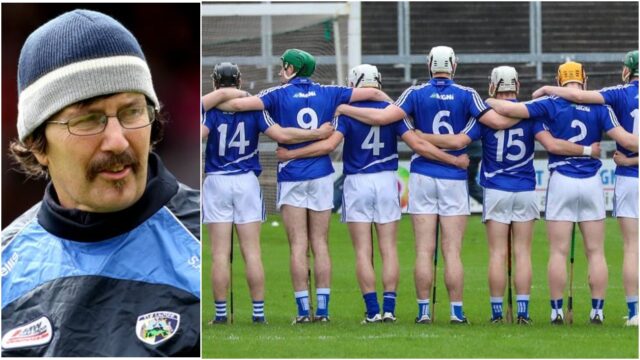 After last week’s heroic performance against Antrim, the Laois hurlers are back in action against Waterford today.

It will be their third visit to Nowlan Park this year – with defeats to Kilkenny and Wexford making it an unhappy hunting ground this far.

Below, we take a look at the game in more detail:

When, where, what time and can supporters go?

The game throws in at 2pm in Nowlan Park in Kilkenny.

Initially, only 500 tickets were being allocated for the game but this has been successfully increased to 3,500.

Fans may now purchase and download their tickets by accessing the link here.

Waterford have named their team.

Laois and Waterford have not played too often over the last decade – the most recent meeting being a league game in 2019 which the Deise won 4-22 to 1-15.

Before that, you have to go back to 2015 for the next most recent competitive meeting between Laois and Waterford which was also a Division 1B league match.

The last championship meeting came in an All-Ireland Qualifier in 2014 where once again the Deise came out on top on a scoreline of 2-22 to 1-15.

Waterford were in Division 1A in the league this year and finished second behind Galway.

They lost to the Tribesmen and Cork but defeated Tipperary, Limerick and Westmeath.

As defeated All-Ireland finalists in 2020, they entered the Munster championship full of confidence but came a cropper against Clare in the quarter final – 1-22 to 0-21.

Austin Gleeson, Stephen Bennett and Shane Fives are among their main men.

What happens after this game?

One way or another – Laois will still have at least one more game to play before their 2021 campaign is over.

They will have to play Westmeath in the Division 1 league relegation playoff – but the exact date is dependent on what happens here.

If Laois win, they will progress to Round 2 of the All-Ireland hurling Qualifiers.

But if Laois lose, they will face Westmeath next weekend – with the Lake County playing Kerry in the Joe McDonagh Cup final later today.

The man in the middle for this game is Liam Gordon from Galway.

His last game involving Laois was a 2019 league defeat to Dublin – when snow made parts of the motorway impassable on the way home!

We will be providing minute-by-minute updates on our Live Blog and there will also be coverage on Midlands 103. While the game is on GAA Go.