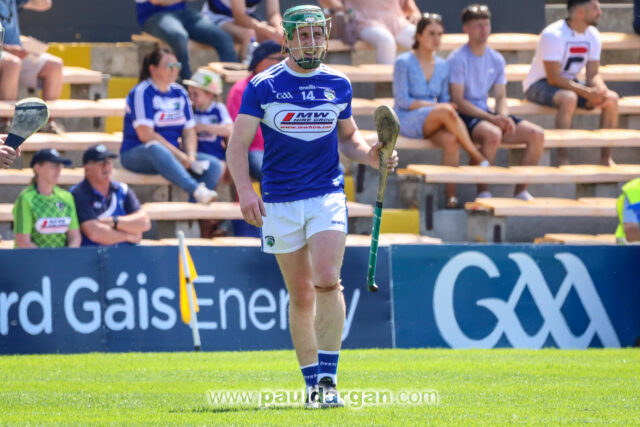 The Laois hurlers will have home advantage for their National League Division 1 relegation game against Westmeath this Saturday as they bid to retain their status for the 2022 season.

Laois’s championship campaign came to an end on Saturday last when they were beaten narrowly by Waterford in Nowlan Park while Westmeath claimed the Joe McDonagh Cup title when they got the better of Kerry.

This fixture was initially pencilled in to take place as a curtain raiser to an All Ireland semi-final on August 8 but has been brought forward at the request of Laois due to the outstanding 2020 club championships locally.

The game will throw in at 7.30pm and will be live on TG4. Laois have home advantage as they only played two home league games during the regular season whereas Westmeath had three.

Both Laois and Westmeath lost all their Division 1 league games and in Westmeath’s case it’s the second year in a row that they find themselves in this position having beaten Carlow last year to stay up.

Laois won league relegation playoffs in 2015 against Antrim, 2016 against Westmeath, 2017 against Kerry and 2018 against Antrim. The last time they played outside of Division 1 was in Cheddar Plunkett’s first season in charge in 2013 when they were promoted.

Their last meeting with Westmeath was in the 2019 Joe McDonagh Cup final in Croke Park which Laois won.

Given that this will be the third weekend in a row for both counties to be in action, they are likely to be dealing with plenty of sore bones and muscles this week, even more so given the incredibly warm conditions.

And in the shortened season it will also be their ninth game in 12 weeks.