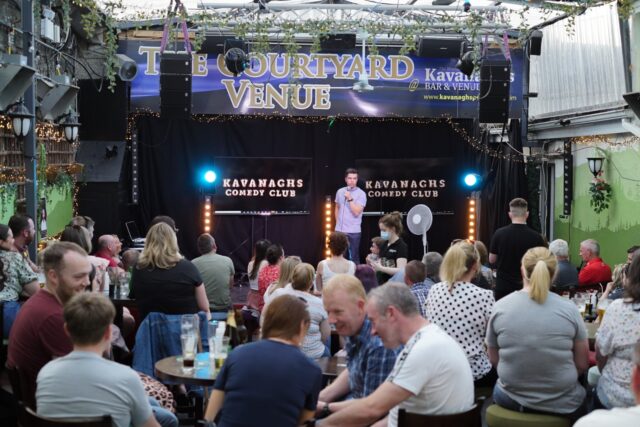 The return of live entertainment finally came to Laois recently with a comedy gig in Kavanagh’s Pub in Portlaoise.

It was one of the first in the country under the Live Performance Support Scheme which is being used by venues such as Kavanaghs to get the industry back off its knees.

Tickets for the event were sold in pods of four and six – and they sold out in two days.

People were brought to the venue and sat at their tables – socially distanced away from other groups. They ordered drinks off an app on their phones for table service so the only movement was limited to smoke and bathroom breaks.

The lead booker in each group was required to give contact details for contract tracing purposes.

While Covid-19 has impacted upon us all in one way or another – those working in the live entertainment sector have been absolutely decimated.

Speaking about that gig, owner PJ Kavanagh recalled his delight at seeing people who have been forced out of work for so long – permitted to do what they love doing.

He said: “The event worked really well and we were all delighted to see people enjoying themselves once again.

“We had our light engineers, sound engineers and graphic designers all back in employment and they were delighted too.”

Minister Catherine Martin said yesterday that the government hopes to announce a clear roadmap for the re-opening of the sector in August.

And under this current scheme, PJ and his team are working on plans for further events – but he is not in a position to disclose details of these just yet. 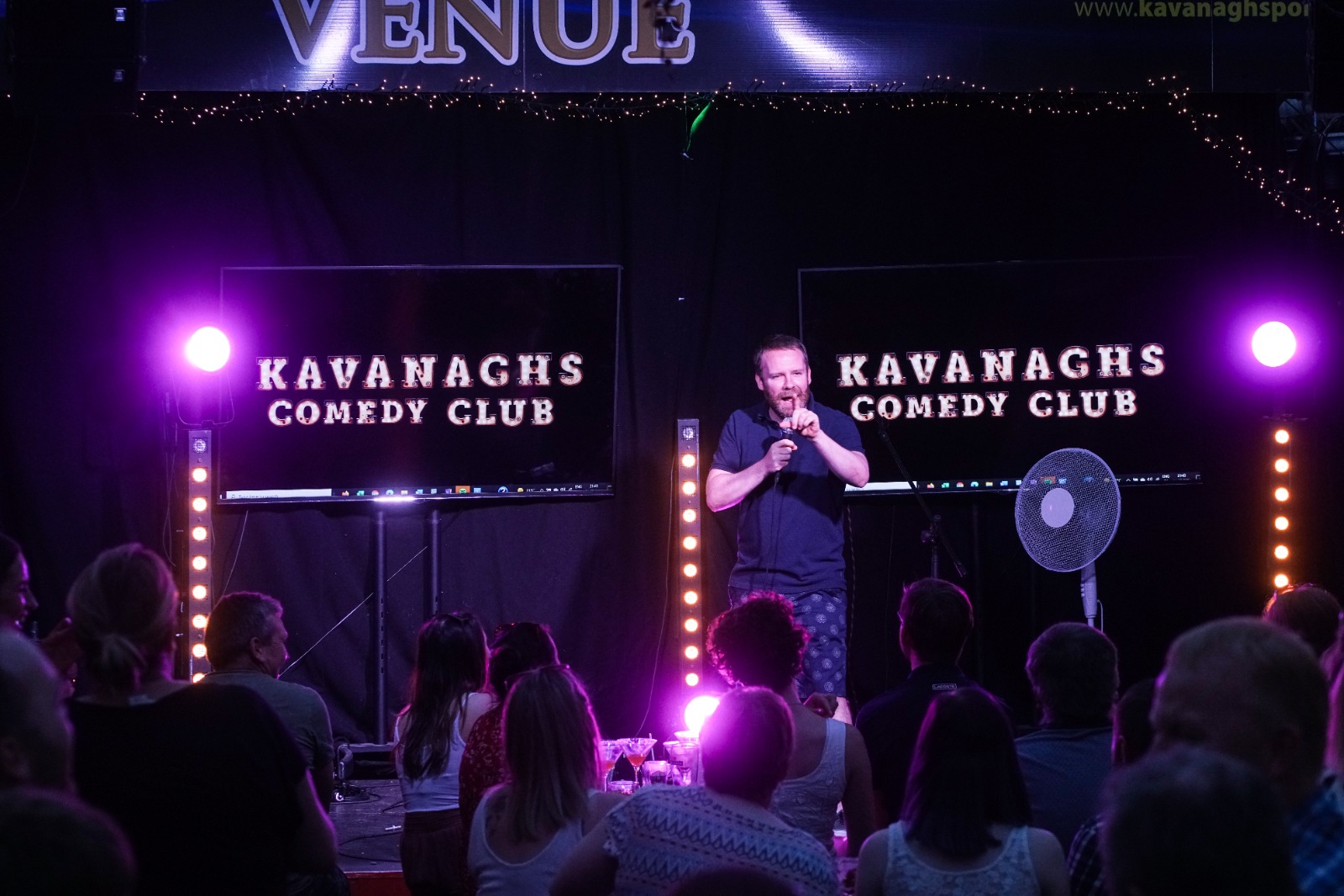 He said: “We are now working on a bigger project which we will hopefully be in a position to launch in a week or two.

“I can’t say anymore than that for now but we are very much looking forward to more gigs.”

As regards the pub itself, Kavanagh’s has now reopened for indoor dining and PJ says that some of his older customers have returned for the first time in 18 months – with plenty to talk about.

He said: “The Cert is fairly straight forward and while it is far from what we want to be doing, if it is getting us open and 15 or 16 staff back working (then so be it).

“We have two staff on from opening time Monday to Friday and four or five staff then in the evenings.

“It is a case of getting all these people back to work so you will do what you have to do.

“The weather is still with us so still we would have 70% of people sitting outside anyway. 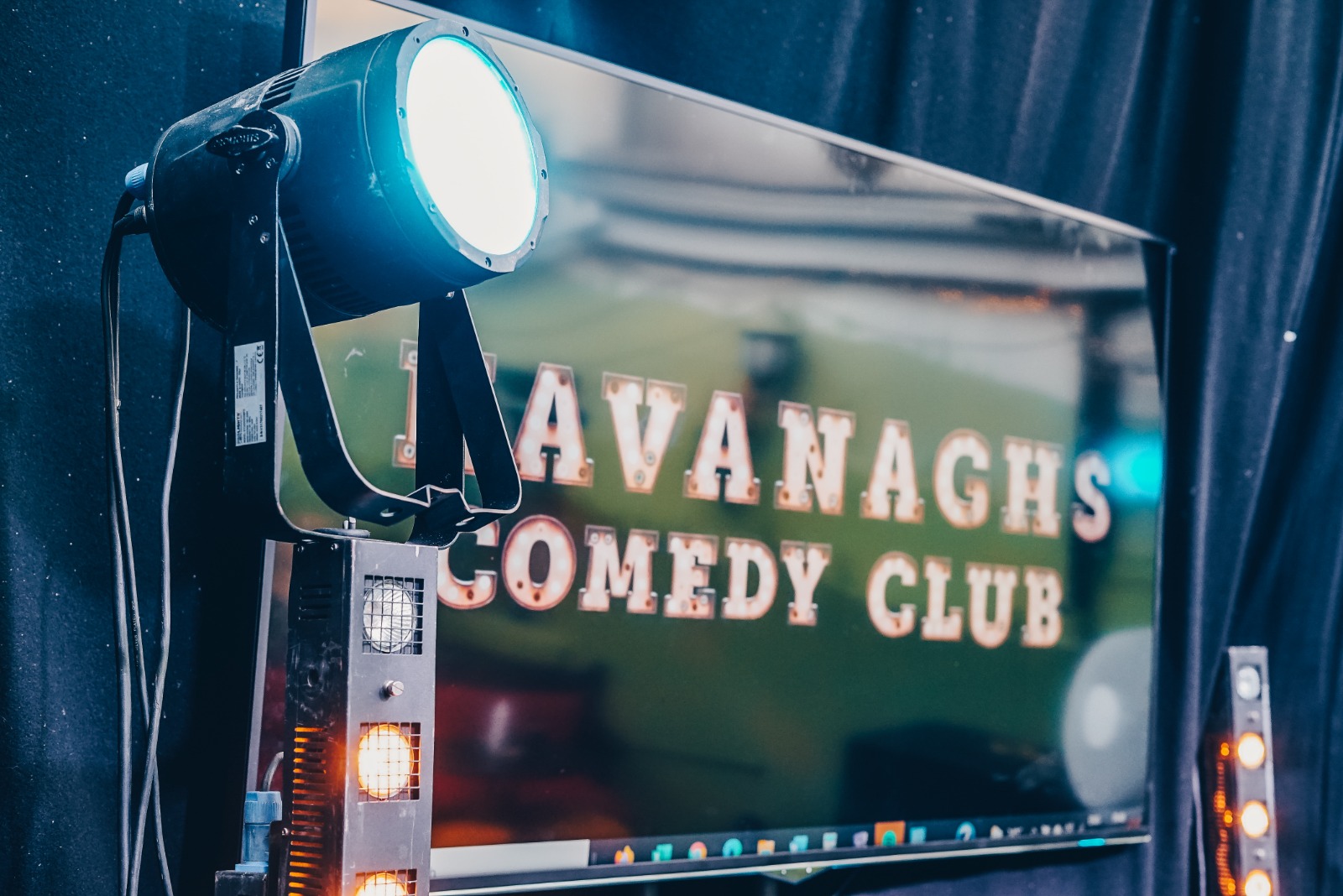 “A few of the older customers who we haven’t seen for almost two years are starting to come back to us as well.

“These are lads who literally haven’t seen each other for a year and a half and they are in for coffee or whatever they are having.

“The conversations are fairly long as they have two years to catch up on and it is great to see.

“It is great to see some sense of normality coming back slowly but surely.”