Anthony Stapleton’s charges just got the better of a gallant Trumera with Pat Walshe’s first half goal proving crucial in the end as it gave the winners a lead they could hold onto.

Interestingly, if The Harps defeat Portlaoise in the 2020 Premier Intermediate final next weekend, all of the 2021 leagues have been won by senior teams.

The first ten minutes was tit for tat with Rian Edwards and three Ross Young frees accounting for The Harps’ scores while Adam Kirwan (2), Dan O’Connor and Cathal Brophy pointed for Trumera.

Teenage keeper Finian Cuddy pulled off a fine save at the start of the match but he could do nothing to stop Pat Walshe from close range in the tenth minute when he latched onto a long ball from Ross Young.

Neither team scored again until the water break but the game exploded on the scoreboard after that.

Niall Sinnott, Conor Madden, Dylan Lalor and Adam Kirwan were among the Trumera scorers as they battled back to draw level as we entered injury time.

They sprung Laois U-20 star James Duggan from the bench at the break and he scored with his first touch to extend the lead on the restart.

Eoin Clancy and Ross Young also landed points in the third quarter for The Harps but in fairness to Trumera – they kept with them.

Adam Kirwan, Joey Coogan, Conor Madden and Niall Sinnott all raised white flags but The Harps led 1-16 to 0-17 at the second water break.

However, The Harps put the game to bed on the resumption with four unanswered scores to move six points clear.

Trumera once again fought back with two Adam Kirwan points but they needed a goal at this stage – however, The Harps keeper Lorcan Fitzpatrick remained untroubled.

In the end, Conor Deegan fired over the final point as The Harps were crowned champions. 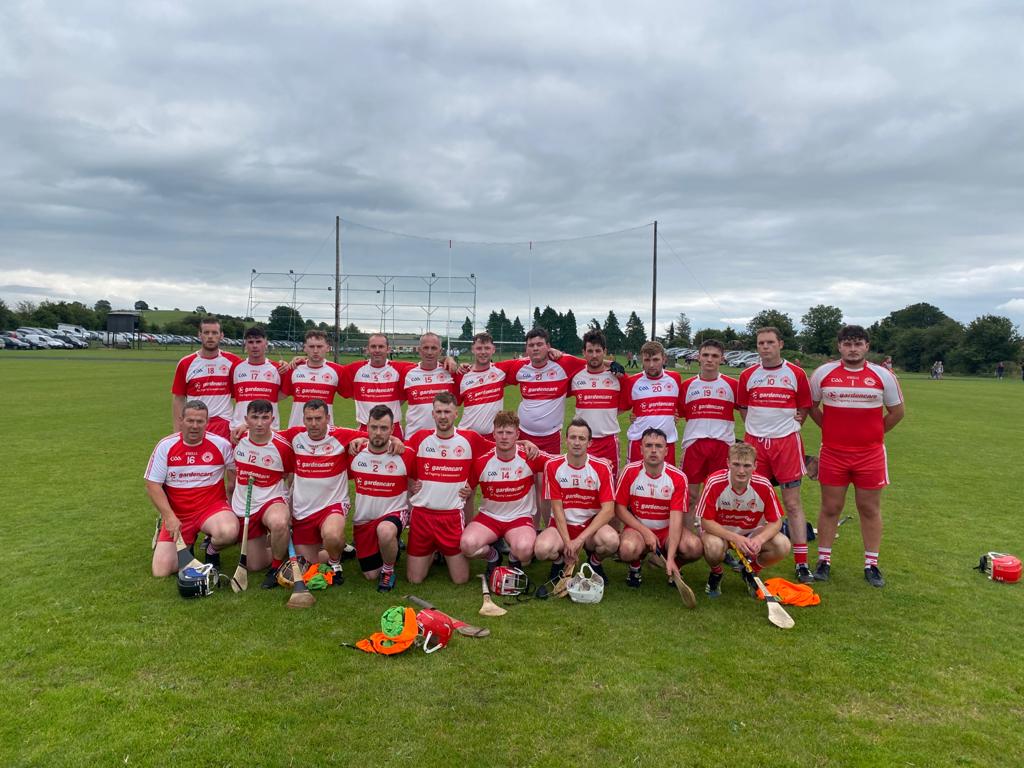