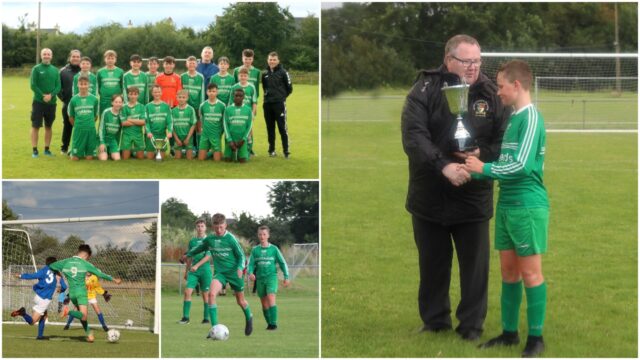 Portlaoise AFC and Tullamore Town met in a thrilling playoff for the U-13 Midlands Schoolboys League title recently Rosleaghan Park.

Despite their age, both teams have a lot of players well used to playing in big games and they settled to their tasks very quickly.

Portlaoise created the better of the early chances with both Ben Peacham and Jack Cleland going close. Peacham’s snapshot just over the bar and Cleland testing the Tullamore keeper from a tight angle.

However, it was Tullamore who opened the scoring in the 13th minute. Excellent interplay put the Tullamore winger through who finished smartly from 12 yards.

Before Portlaoise could clear their heads the visitors doubled their lead. Tullamore’s striker first time volley from a wide cross came back off the post but they were first to react to finish the ball to an empty net.

Despite being two goals down Portlaoise were playing some excellent football. Sean Powders, Mark O’Connor, Finn Dawson and McCormack were setting the platform in the middle of the park and consistently putting them on the front foot.

They got the breakthrough they deserved on 22 minutes. Excellent pressure from Tom Coleman, Ben Peacham and Jack Cleland turned Tullamore over in their defensive third with Cleland beating the full back and curling a magnificent shot beyond the reach of the goalkeeper to the far corner of the net.

Portlaoise were on top now. Ryan Keane, Jan Gdowski and Cormac Harney in control at the back and Harry Browne terrorising the Tullamore left with his pace.

On 27 minutes the sides were level. Portlaoise recycled the ball through their goalkeeper Kelly went route one. A long clearance put Harry Browne, Tom Coleman and Jack Cleland in behind with Cleland rounding the keeper and calmly passing the ball to an empty net.

The second half couldn’t have started better for the home side. A short corner from Ross Dunne and Jack Cleland caught the Tullamore defence napping with Coleman rising highest to place his magnificent header beyond the reach of the Tullamore keeper.

His unstoppable drive put Portlaoise firmly in the driving seat with 15 minutes remaining.

Leon Delaney then drew a fine save from the Tullamore keeper shortly after as Portlaoise piled on the pressure.

There was to be another twist in this epic contest. As the summer rain poured down and the floodlights came on, Tullamore scored their 3rd against the run of play.

A speculative effort from outside the box deflected into the Portlaoise net to setup a grandstand finish.

Tullamore put their big men forward and went all out for the equaliser which would have sent this tie to extra time.

Mark O’Connor, Sean Powders and Aaron McCormack shored up the middle and Darren Mbeng & Leon Delaney were always an outlet, relieving the pressure on multiple occasions.

After four minutes of injury time, Portlaoise were crowned league champions and the celebrations for the home side could begin.

It was really encouraging to see both teams put on an excellent display of football in such a sporting contest. 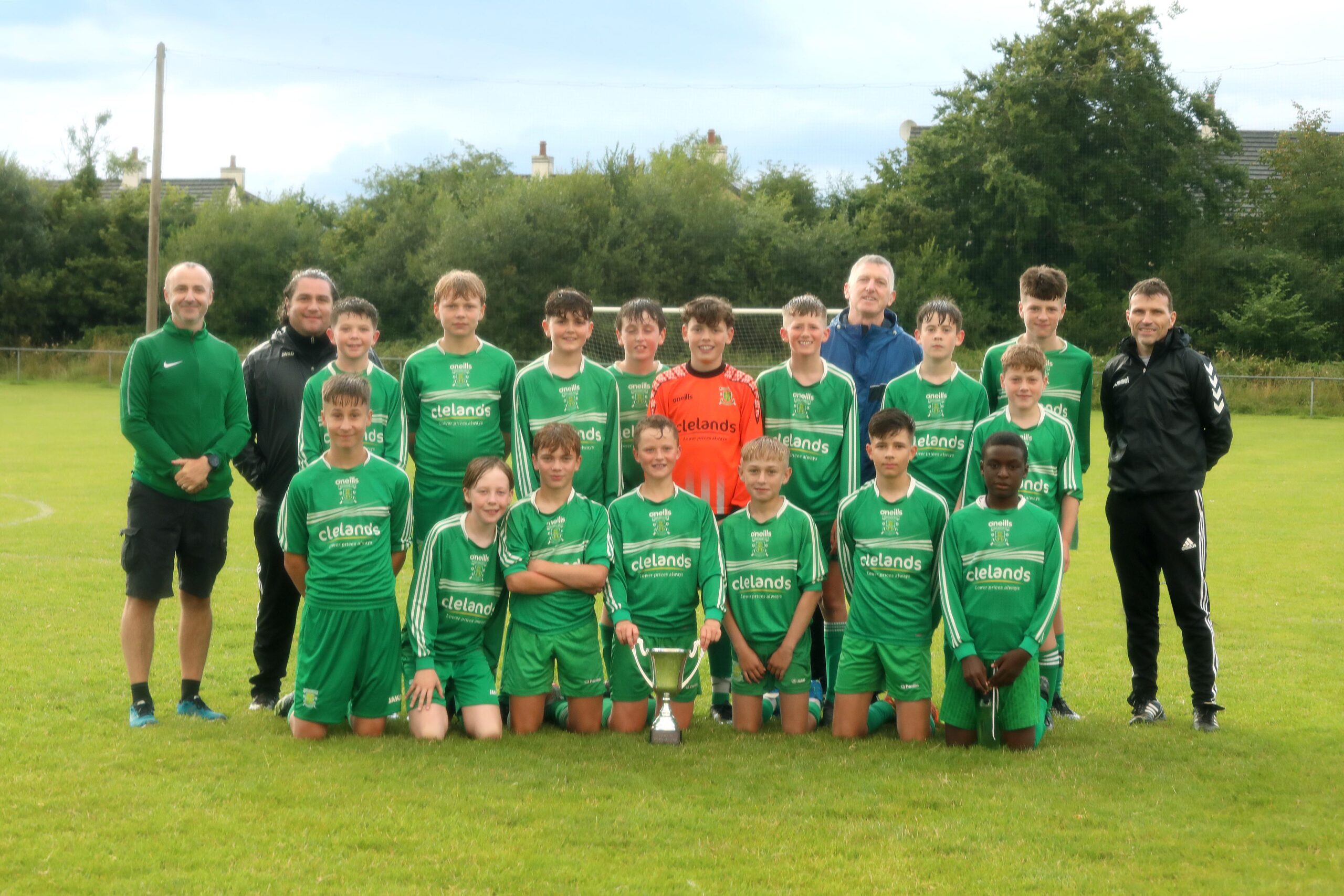 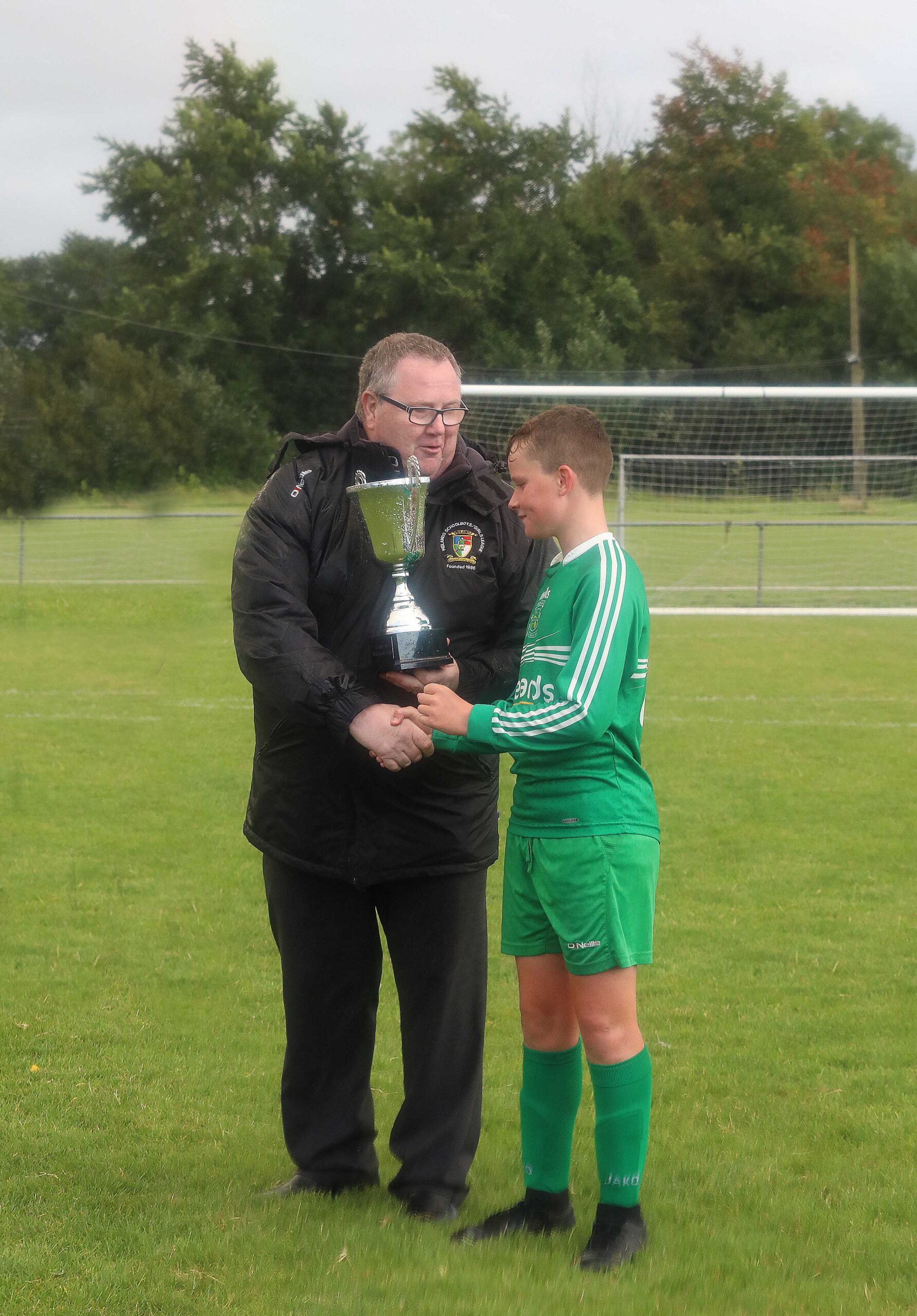 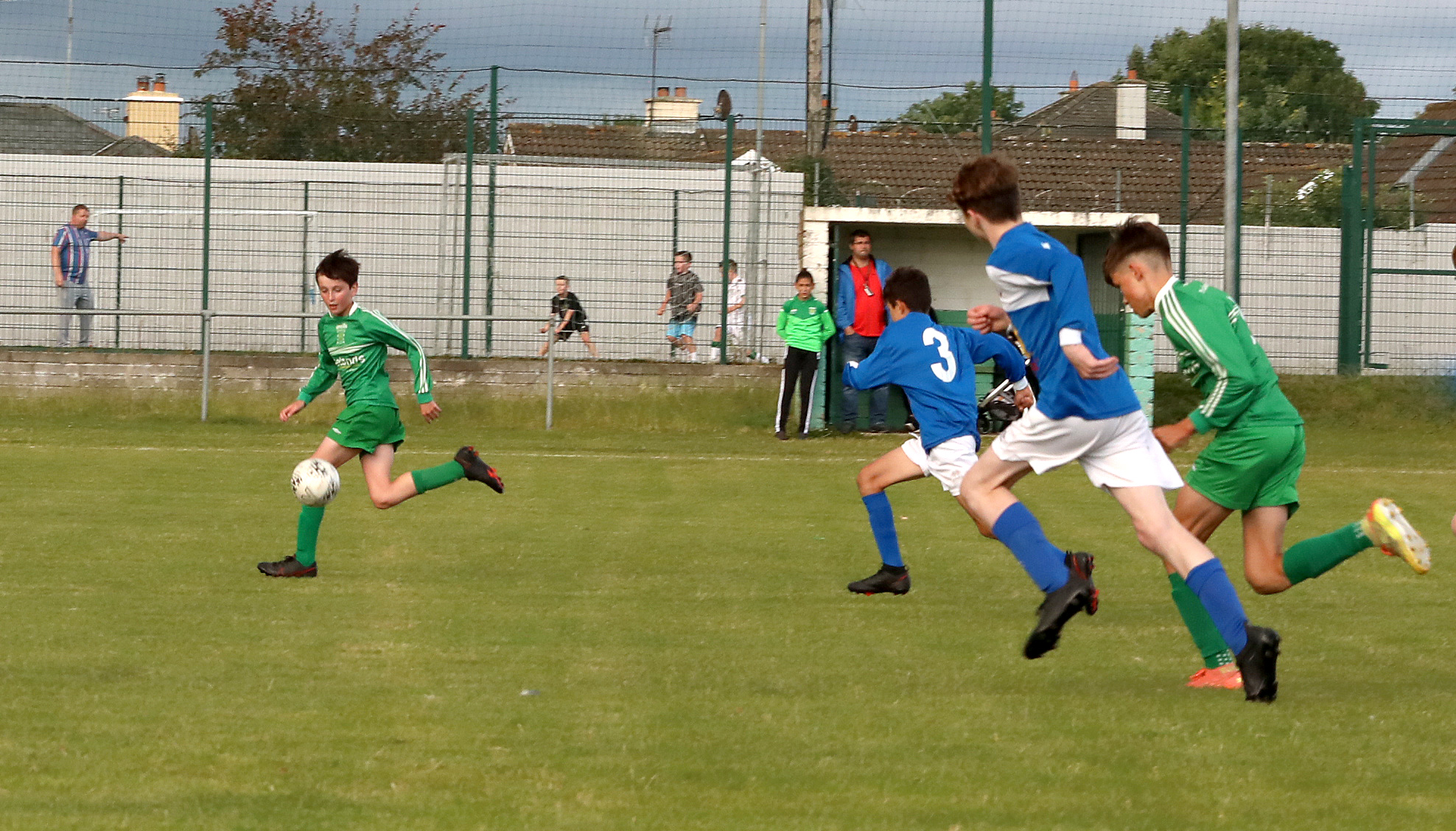 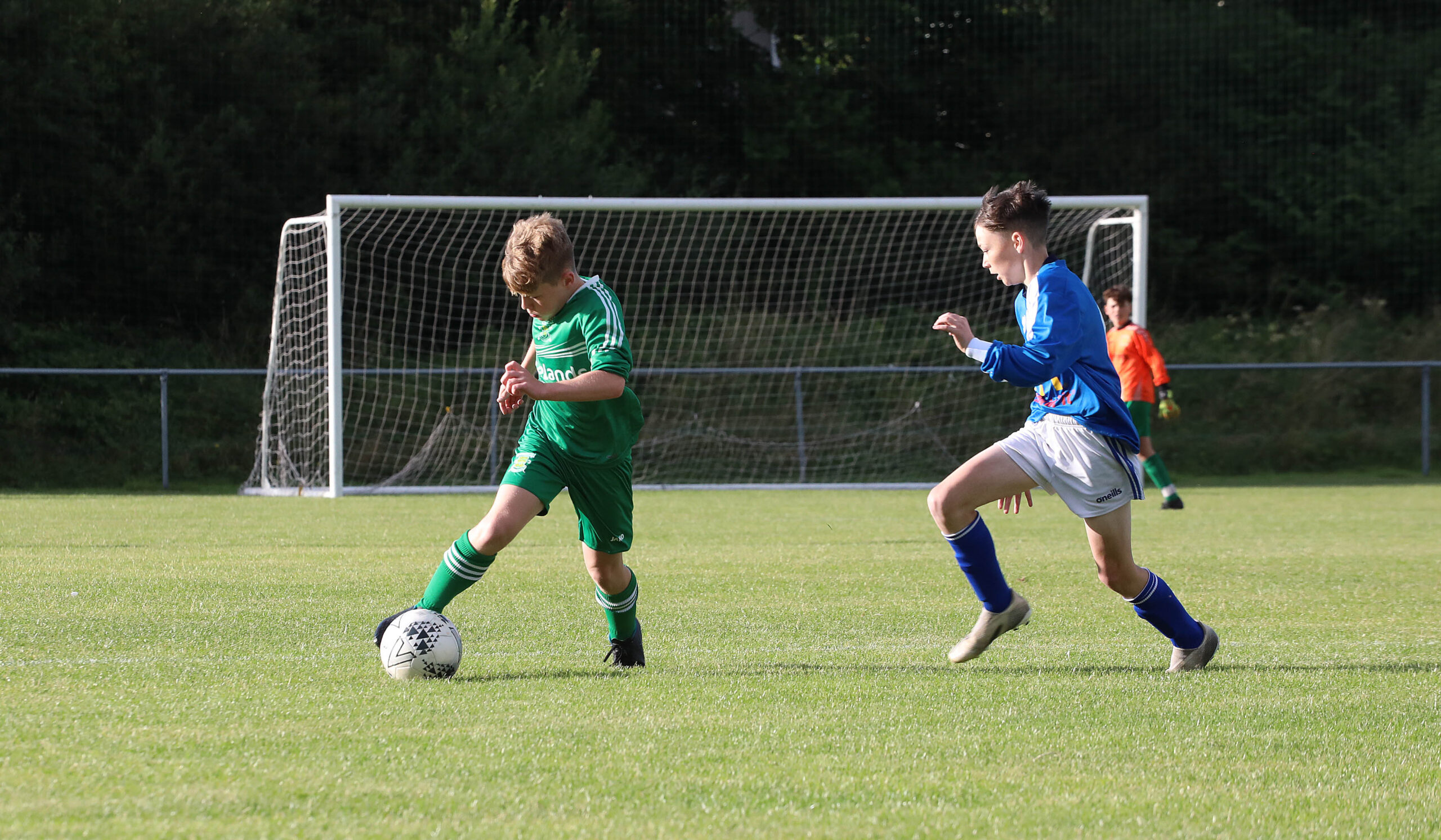