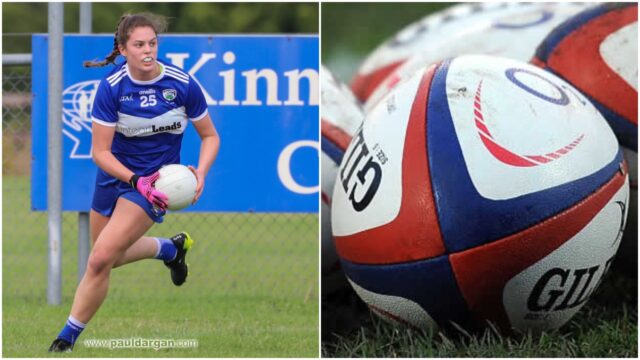 Seven Laois based players have been named on the Leinster Rugby U-18 Girls squad ahead of the start of the interprovincial series Saturday on August 28.

The tournament will be played through consecutive weekends from 28 August to 11 September.

The competition returns after being cancelled in 2020 due to the Covid-19 pandemic.

Alanna Fitzpatrick, Eadaoin Murtagh, Hannah Wilson and Sarah Delaney have all made the cut.

Emma Larking and Koren Dunne of Portlaoise RFC have also been named in the squad.

While Kilcavan native Leah Tarpey who plays for Tullamore RFC has also been chosen for the squad.

She is set to be very busy few weeks because if Laois defeat Wexford in the All-Ireland Intermediate Football Championship on Sunday, the final is fixed for September 5.

A panel of 31 players has been selected and they will be coached by Michael Bolger.

A spokesperson for Leinster Rugby congratulated the girls on making the team.

They said: “Congratulations to all of the 31 players selected to represent their clubs at a provincial level.”