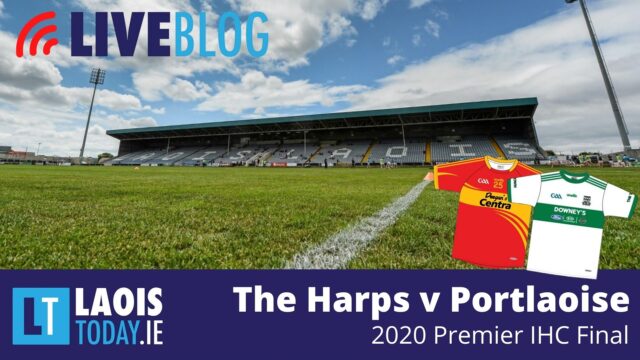 It is a huge weekend on the GAA front with the remaining three of the 2020 county finals down for decision – and it all begins tonight.

For the third season on the trot, The Harps will go in search of a return to the top table of Laois hurling when they contest the 2020 Premier IHC final against Portlaoise.

They are bidding to win their first adult hurling title with their premier team since they formed in 1984 – and standing in their way is the side who stopped them in 2018.

Back then, which is three years but two seasons ago, The Harps came into this final as favourites but couldn’t get the job done.

Instead, Portlaoise ground out a 1-13 to 1-11 win but their stay at senior level lasted just one year as they were relegated in 2019.

Portlaoise should have a clean bill of health for the final and can call on Cahir Healy who will play in his final ever game for the club.

The Harps will hope Daniel Comerford and Ciaran Burke can shake off niggles while we can expect to see Laois U-20 star James Duggan make his first appearance at this level too.

And you’ll be able to follow all of the action as it happens via our Live Blog below: