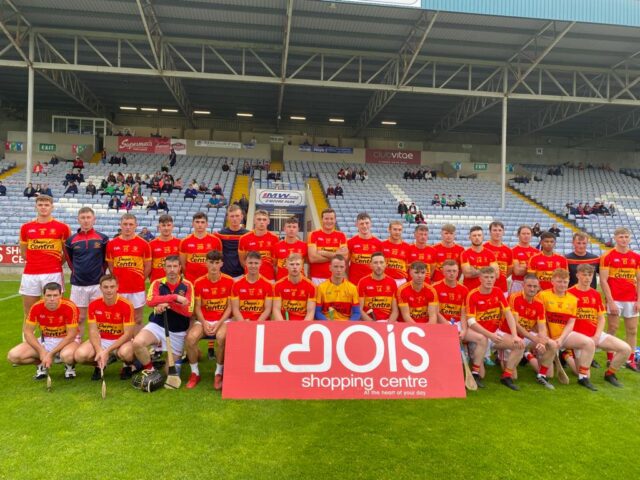 One of the great famines of Laois hurling is at an end after The Harps won the delayed 2020 Laois Premier IHC this evening in O’Moore Park.

And fully deserved too. While Portlaoise gave as good as they got in the opening half and led by a point at half time, The Harps controlled the second half and never looked like losing after Michael Lanigan crashed home a penalty in the 40th minute.

James Duggan, fresh from his heroics with the Laois U-20s and making his first ever championship start at this level, fired over the opening point with his first touch from an acute angle.

But the opening half was tit-for-tat with an Aaron Bergin ’65 levelling things up only for two Mick Lanigan points (one a free) had The Harps 0-3 to 0-1 up early on.

But Portlaoise hit the next three – from Cathal Duggan, Cahir Healy and Cian Taylor before a Lanigan free levelled things up again.

Having flown in from London for the game for Healy was immense for Portlaoise in the opening half as he looked to end his glittering club career on a winning note. It wasn’t to be, while there was also an appearance for another legend of Portlaoise and Laois hurling in Tommy Fitzgerald as a second half sub. We’re unlikely to see the two in action for The Town again.

A Bergin free and nudged Portlaoise back into the lead but James Duggan’s second point had it 0-5 apiece at the first water break.

A serious point from Cormac Rigney put Portlaoise back in front on the resumption and although Eoin Clancy and Lanigan pointed from play to regain the lead for The Harps, we soon had the game’s first goal.

Cahir Healy did brilliantly to win a hopeful long ball into the square and he popped a pass over the head of Peter Walsh for Aaron Bergin to finish to an empty net.

David O’Mahony added a point soon after and Portlaoise led 1-7 to 0-7 with a couple of minutes to go to half time.

The Harps settled somewhat and a great point from Ciaran Comerford and a Lanigan free left it 1-7 to 0-9 at the break.

Another Aaron Bergin free put Portlaoise two up early in the second half but The Harps soon began to take over. Two Lanigan frees had it level by the 36th minute and then the big man fired a penalty past Eoghan Nealon four minutes later after Ciaran Comerford was hacked down in the square.

Two more from Lanigan and one from sub Eoghan Doheny had The Harps five up before a Bergin free for Portlaoise left it 1-13 to 1-9 at half time.

But The Harps only stretched further clear in the final quarter with Eoin Clancy, Comerford, Lanigan and a couple more from Duggan making them safe.

Keith Murphy, Sean Culleton and Taylor all added late points for Portlaoise and a ’65 ended up in the net deep in injury time but it was never enough to close the gap.

They will be in the Premier intermediate grade again in 2021. The Harps return to the senior ranks. 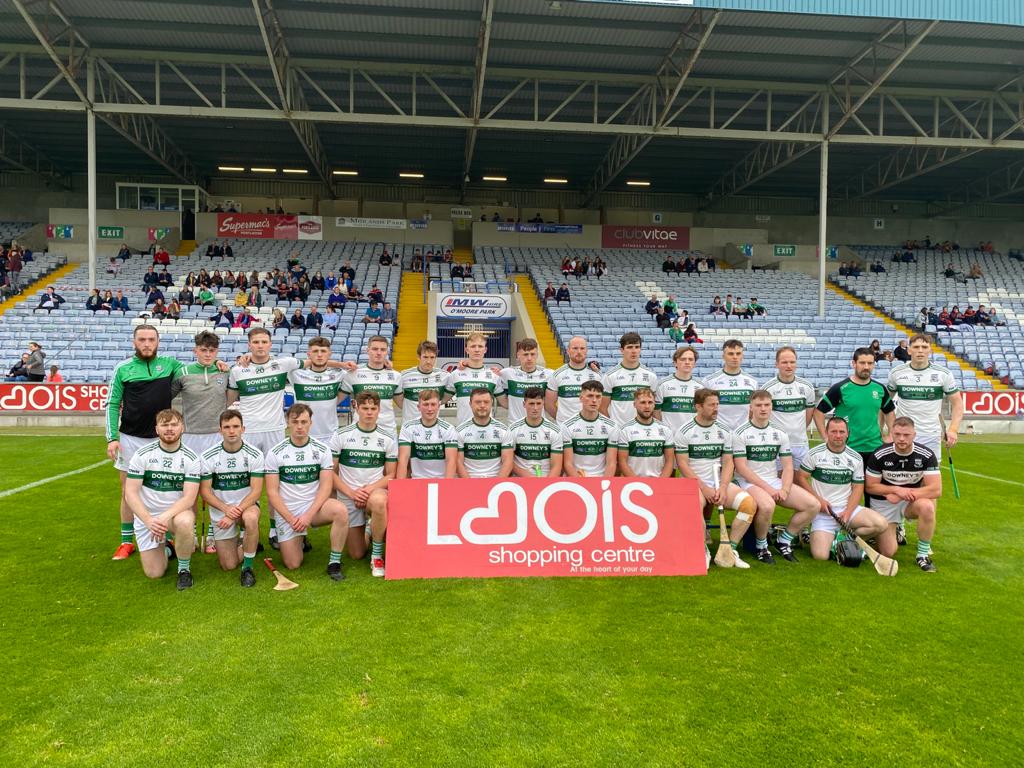 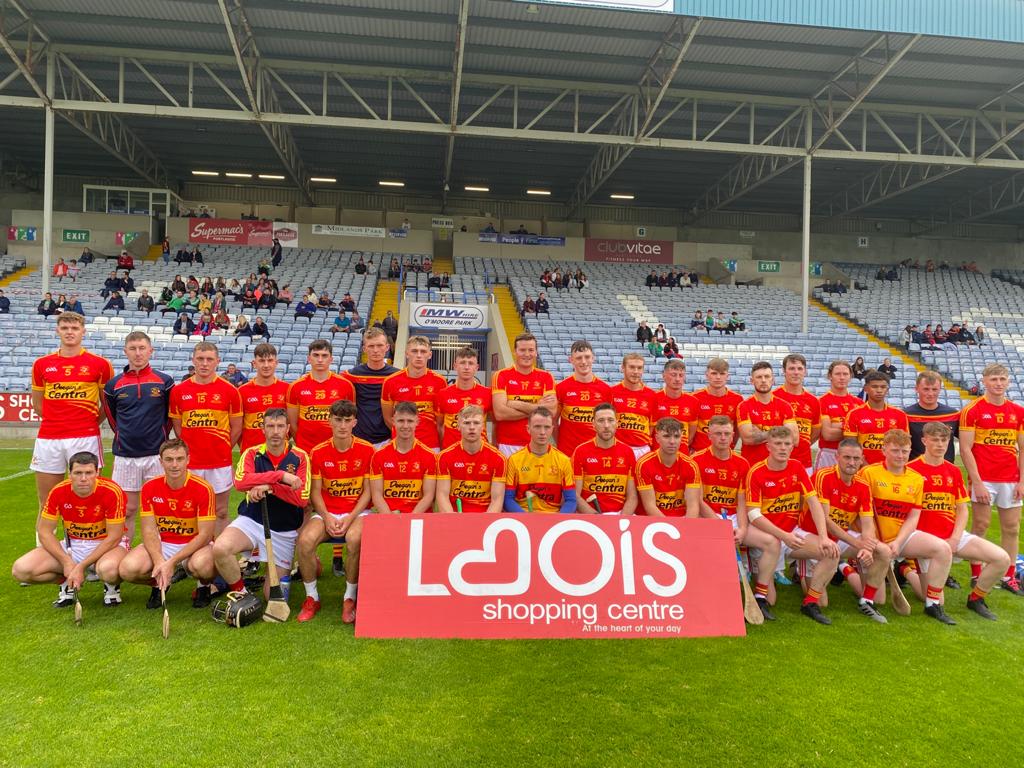