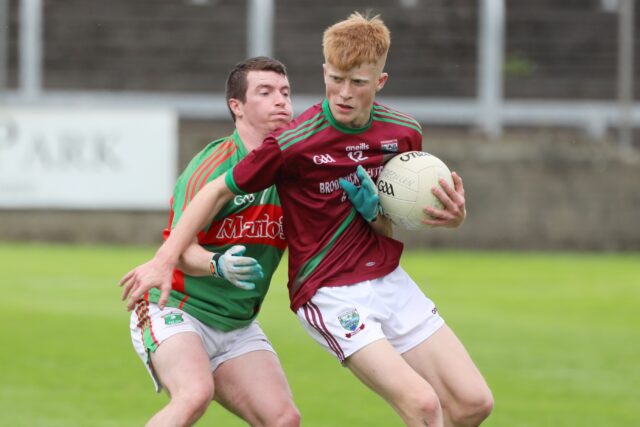 Portarlington are Laois senior football champions for the first time since 2001 following a comfortable win over Graiguecullen in O’Moore Park this afternoon.

Following the various Covid restrictions and lockdowns, both sides had waited ten months to play their semi-final and then had just over a week to lead up to the final.

For whoever ended that wait for championship glory, though, those small details were immaterial.

As it turned out, the battle we expected never really materialised. Port controlled this one from the off and were always on top.

They finished with 11 points to spare. This success has been on the way for the past decade with a selection of juvenile wins and minor and U-21 triumphs teeing them up for such a day.

And for manager Martin Murphy, he has now brought his midas touch to his local town and joins a small group of managers that have guided teams to three championship wins, following on from glory with Stradbally in 2005 and 2016. Few managers in the country can lay claim to three county final wins in three different decades with two different clubs. It’s some going.

Port played with the aid of a stiff breeze in the opening half and played most of the good football too.

While a typically class free from Trevor Collins put Graigue into an early lead, and elicited an almighty roar from their supporters, a Colm Murphy free and a left-footed effort from Ronan Coffey put Port into the lead.

Graigue then suffered an early blow when Bobby Doyle was black carded for a foul on Colm Murphy and in his absence Port outscored Graigue by 0-4 to 0-1.

A Ross Hennessy mark did level things up after a great catch but Jake Foster did similar at the other end and then Foster, David Murphy and Jason Moore all pointed from play to leave Port 0-6 to 0-2 up at the first water break.

Another Colm Murphy free, after being fouled himself, had Port five up by the time Doyle returned to the field. A Colm Murphy mark and Adam Ryan from play then had Port seven up approaching half time.

A Ross Hennessy free pulled one back for Graigue but that was cancelled out by Colm Murphy and at half time it was 0-10 to 0-3.

Graigue had the wind to come in the second half but was Port’s cushion enough? It was more than enough.

Jake Foster curled over an effort three minutes after the restart and then Rioghan Murphy became the latest Port player to get his name on the scoresheet.

To have any chance Graigue needed to get a couple of early scores with the breeze. Instead Brian Byrne, Danny O’Reilly and Paul Mulready all saw scoreable chances go wide while the one clean ball that Mick Hand won, he had no support and Port cleared the danger.

Any mystery left in the game left when Stuart Mulpeter got the game’s first goal on 43 minutes, bursting on to a loose ball after Colm Murphy had been beaten to it by Trevor Collins.

Ross Hennessy (free) and Mark Timmons pointed either side of that goal but a second point from play from the outstanding Rioghan Murphy had Port 1-13 to 0-5 up at the second water break.

Bolger and Brian Byrne got points in the final quarter for Graigue but, as they had done all championship, Colm and David Murphy finished with points from play for Port.

Their 20-year-wait for success is over.

SEE ALSO – Check out all the LaoisToday sports coverage here