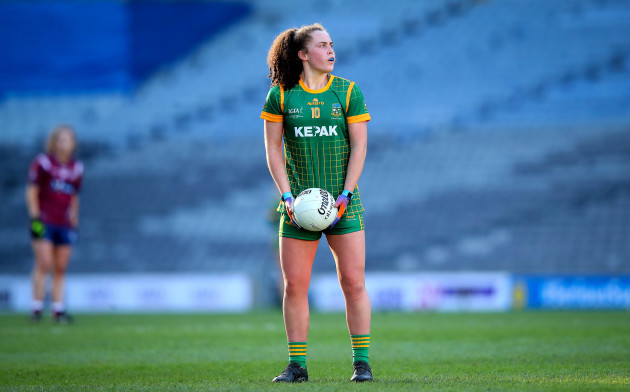 One of the national sports stories of last weekend (after Mayo’s stunning dethroning of Dublin) was an even more dramatic comeback on Sunday in Croke Park.

With five minutes remaining in the All Ireland ladies senior football semi-final, Meath trailed Cork by seven points and the game seemed up.

But Meath got two dramatic late goals to force a draw and then pushed on to win it in extra time.

And one of the stars of Meath’s stunning win was 19-year-old Emma Duggan, who finished with 1-5, daughter of former Portlaoise player Liam Duggan.

The Duggan name in Portlaoise has long been associated with the Town’s GAA teams with Liam, Cyril and the late John all lining out with the club over the years.

Liam had a very decorated career himself, winning a number of senior football championship medals with Portlaoise in the 1980s and 1990s, including as captain in 1991.

He later moved to live in Meath and linked up with the local St Peter’s Dunboyne club whom he helped to win a Meath senior football title in 1998.

Liam, his wife Marie (a Dublin woman) and their four children – Erica, Ronan, Emma and Cian – live in Dunboyne close to the Meath-Dublin border.

Emma’s older brother Ronan is on the Dunboyne senior football team while younger brother Cian is with the Meath U-15 hurlers.

Emma, who did her Leaving Cert earlier this year, is the third in the family plays with the Dunboyne club.

She is well used to Croke Park having won last year’s intermediate final against Westmeath as well as this year’s Division 2 league final win over Meath and in the 2019 loss to Tipperary in what was her first season involved.

Last year she enjoyed a dream season, scoring seven points in the final, being named on team of the season and nominated for player of the year alongside her clubmate Vikki Wall.

As well as the goal that helped bring the game to injury time last Sunday, Emma scored three points from play in extra time.

Meath’s journey to the All Ireland senior final is a serious rags-to-riches story, in their first season back in senior and just six years after Cork beat them by 40 points in the 2015 season.

They now play a Dublin side chasing five-in-a-row in the final in Croke Park on Sunday, September 5.