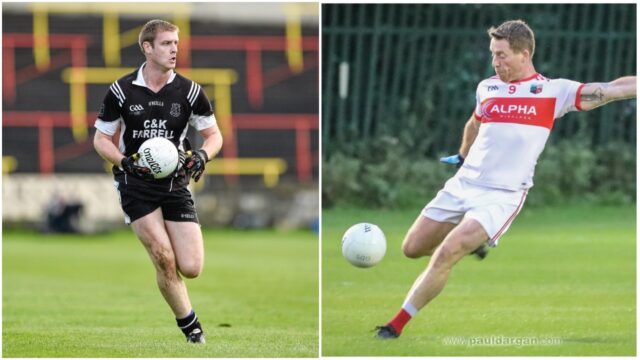 Silverware will be up for grabs in O’Moore Park tonight as Arles-Killeen and Emo are set to meet in the Division 1B league final.

This final should have been played weeks ago but was put back due to Emo’s involvement in the delayed 2020 SFC.

John Strong’s side were defeated by Graiguecullen in the 2020 semi final two weeks ago.

But their form up to that game had looked promising as they qualified for this final.

They began in Round 1 with a nine point defeat against The Heath but their performances after that were good.

They defeated Clonaslee by 4-13 to 0-9 and then put eight goals past Portlaoise Intermediates to finish second in the group.

Their opponents Arles-Killeen are hoping to win their first piece of silverware since they won the league in 2015.

New manager Rory Stapleton is getting a good tune out of the Mageny outfit and they saw off rivals Arles-Kilcruise by 3-10 to 1-8 in Round 1.

They lost out to Killeshin in Round 2 but enjoyed a big win over Stradbally to seal a semi final place.

The Heath were their opponents in the semi final where a late Paul Kingston goal got them over the line.

Unlike in the 2020 championship, Emo can call upon youngster Ross Meredith and Eoin Montague who are eligible once again.

They featured in the league but were not allowed play in the delayed championship as they were still minor in 2020.

Arles-Killeen have added in youngsters Colin Dunne and Michael Wall this year – and will be hoping both can continue their good form.

The game throws in at 7.30pm this evening and you’ll be able to follow all the action over on our Live Blog.