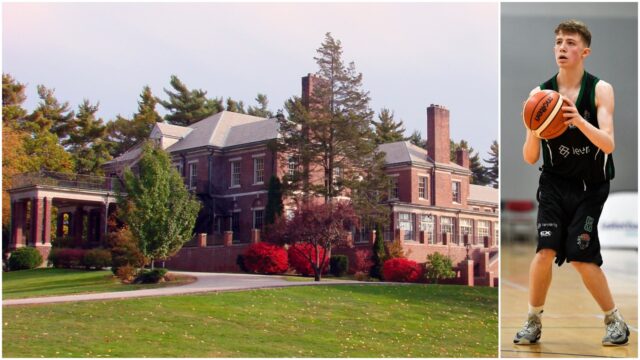 A Laois basketball player is set to trade Portlaoise for Maine in the USA.

James Phelan, of Portlaoise Panthers, has secured a scholarship to Hyde School on the east coast of the country.

A past pupil of Portlaoise CBS, James did his Leaving Cert in 2020.

Hyde School is a prep school so it is basically a year between high school and college in the American system.

James has received a basketball scholarship here and hopes to perform well so he can get picked up by a college.

He was on school teams that won six regional titles, U-14 ‘B’ All Ireland Gold medal and an U-19 All Ireland ‘A’ Bronze medal.

Talent runs through Jame’s family as his sister Maeve is a fine player and has represented Ireland internationally.

Following the news of James’ departure, his club Portlaoise Panthers wished him well.

A spokesperson said: “James has been an immense talent for Portlaoise Panthers from an early age.

“While we will miss him hugely we wish him every success in the USA.