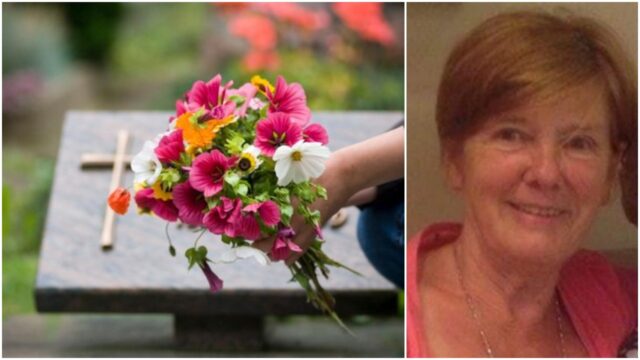 The death has occurred of Laois native Barbara Lawlor in Dublin, with her political ally Conor Lenihan leading the tributes with a heart-felt post on social media.

Barbara (nee Breen) grew up in Portlaoise but worked and lived in Dublin with her husband Johnny Lawlor from Emo, and their family.

She is survived by Johnny, their sons Ken, Darren, Ciaran and Aidan, as well as daughters-in-law, grandchildren, family and a wide circle of friends.

A staunch Fianna Fáil supporter, she was described by former TD Conor Lenihan as “a great friend, campaigner and source of advice to me during my 14 years in public life”.

“For most of my career Barbara was the head of my constituency operations,” he added.

“It was her that got me elected and re-elected. Her energy and appetite for work was second to none. She won people over to me by her persuasive manner and her determination to get problems solved.

“At her heart she was a volunteer with both the Telethon and Special Olympics, beneficiaries of her fine organisational and motivation skills.

“She even got me running again through her involvement in Tallaght Athletic Club.

“She was an avid long-distance runner making friends wherever she went.

“She and her husband Johnny, who survives her, were avid GAA people. Hers was a life lived to its maximum.

“Apart from working for me she would have been active in the constituency with such stalwarts as the late Sean Walsh and of course Mary Harney when the latter was a member of Fianna Fáil.

“Barbara, more than anyone else, brought me down to earth when, as happens to politicians, my ego was flying too high.

“She was a person of great passion and never, ever, afraid to express her opinion no matter how inconvenient it was to those listening.

“Apart from politics, she supported her family, her husband Johnny and sons Ken, Darren, Ciaran and Aidan. She never boasted of her family’s achievements despite them all doing well.

“A proud mother she never let anyone do an injustice to her husband or sons. Her untimely death is a shock and cause of sadness to many.

“She helped so many people it is impossible to even begin to tell.”

A private family funeral will take place due to Government advice regarding public gatherings. In compliance with the current HSE guidelines, the funeral will be limited to 50 people.

Barbara’s Funeral Mass can be viewed on Thursday, morning, August 26th, 2021, at 11am on the following link https://churchmedia.tv/camera/st-kevins-church-kilnamanagh followed by cremation at 12:40pm on https://www.dctrust.ie/location/newlands-cross/chapel-webstream.html.