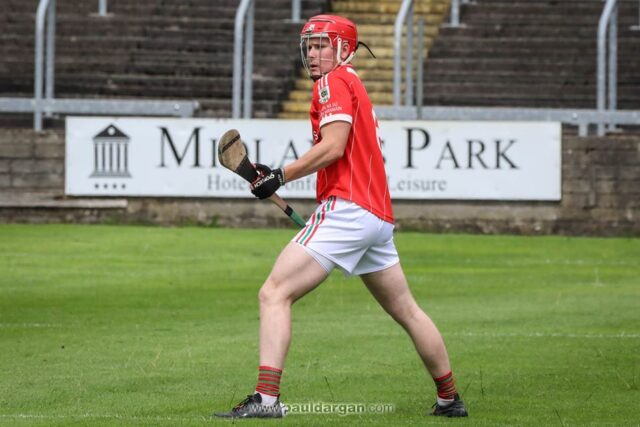 Clonaslee-St Manman’s made an impressive start to their Premier IHC campaign after they defeated Colt-Shanahoe by eight points in Mountrath tonight.

Goals from Liam Senior and DJ Callaghan either side of the first water break gave Clonaslee a lead that they would never give up.

Clonaslee dominated the game from that moment onwards with Tommy Tynan in goal making some fantastic saves in the second half which helped to maintain Clonaslee’s lead.

James Keyes was Colt-Shanahoe’s only scoring threat in the first half and he scored three points in the opening ten minutes to give them a one point lead.

Rory Conroy and Will Young pointed for Clonaslee before they took the lead with a goal via Liam Senior.

Clonaslee won a free inside the 65 and Senior’s effort sailed over players in the square and into the back of the net to give them a one point lead at the water break – 1-2 to 0-4.

Clonaslee continued their momentum with another goal. DJ O’Callaghan’s effort from distance dropped under the crossbar into the corner of the net.

Clonaslee continued their domination in the third quarter as Niall Corbett, Paddy Hyland, Liam Senior (two) and Bob Downey extended their lead to eleven points – 2-12 to 0-7.

Mossy O’Connor took over free taking duty for Colt-Shanahoe and he converted four dead balls to reduce the deficit.

Colt-Shanahoe pressed for goals in the final quarter but the Clonaslee defence were resolute – with Paddy Purcell and Jack Owens having fine performances on the full back line.

Clonaslee can seal their place in the knockout stages if they defeat Camross in two weeks while Colt-Shanahoe will face Portlaoise.