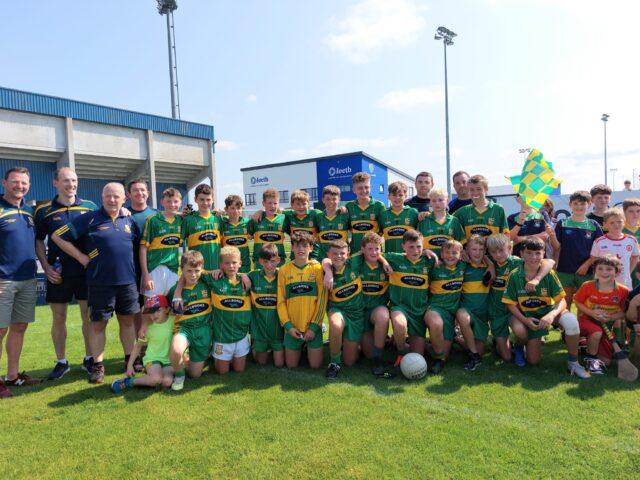 Alex Sheehan’s accuracy under pressure gave Park-Ratheniska-Spink a two point victory over Portarlington in yet another nail-biting final in The Centre of Excellence this afternoon.

The win caps a remarkable week for the Park-Ratheniska contingent of the side as many were involved in the U-13 ‘A’ hurling final which they narrowly lost to The Harps last week.

Portarlington started the better of the two sides and they had two points on the board from Séan Michael Ward (free) and Cathal Ward inside the opening two minutes.

Portarlington were causing Park-Rathensika-Spink several problems from the off but great link up play from Ciaran Skelly and Barry Connolly resulted in the latter pointing on the turn.

With seven minutes gone, Aaron Twomey broke through the Park-Ratheniska Spink defence but Ethan Kelly pulled off an outstanding save to keep Portarlington at bay.

Portarlington had yet another goal chance a minute later but Ciarán Connell’s shot smashed off the crossbar.

Despite the pressure, Conor Headen levelled things up for Park-Ratheniska-Spink with a point from distance.

Just after the water break, Séan Moran hit two points in a row (one free) to edge Portarlington in front but once again Park-Ratheniska-Spink replied through Connolly.

However, Portarlington managed to scored a goal with the last kick of the first half.

Portarlington hit the crossbar for the third time of the day and moments later the ball broke to Conor Moran. He danced his way past two defenders before elegantly rolling the ball past Ethan Kelly to leave them 1-5 to 0-5 ahead at the break.

Portarlington started the second half like they did the first and had two points from Séan Moran and Séan Michael Ward inside the opening minute.

This now had the lead out to five but Park-Ratheniska-Spink corner forward Jack Dermody thundered past several defenders before pointing to narrow the gap.

This kicked-started the Park-Ratheniska-Spink comeback and moments later they raised a green flag.

Park-Ratheniska-Spink won the resulting kickout and they worked the overlap to Ciaran Skelly who converted low into the back of the net as there was now the minimum between the sides.

Just before the water break Park-Ratheniska Spink had the scores level at 1-7 a piece after a great free from Connolly.

After the water break, both team’s handling let them down as nerves seemed to be getting hold of them but Dan Downey stayed calm on the 41st minute to point to give Park-Ratheniska-Spink a one point lead.

With six minutes to go, Portarlington were denied again by Ethan Kelly in the Park-Ratheniska Spink goals but Portarlington did level things up through Séan Moran a minute later.

The noise levels continued to rise with every tackle and with a mere four minutes left with the sides level, the crowd erupted as Alex Sheehan popped up with an incredible point.

In the final minute Josh Kidd then set up Sheehan and he converted again to give Park-Ratheniska-Spink a two point win, and the trophy, after an incredibly close U-13 ‘A’ final. 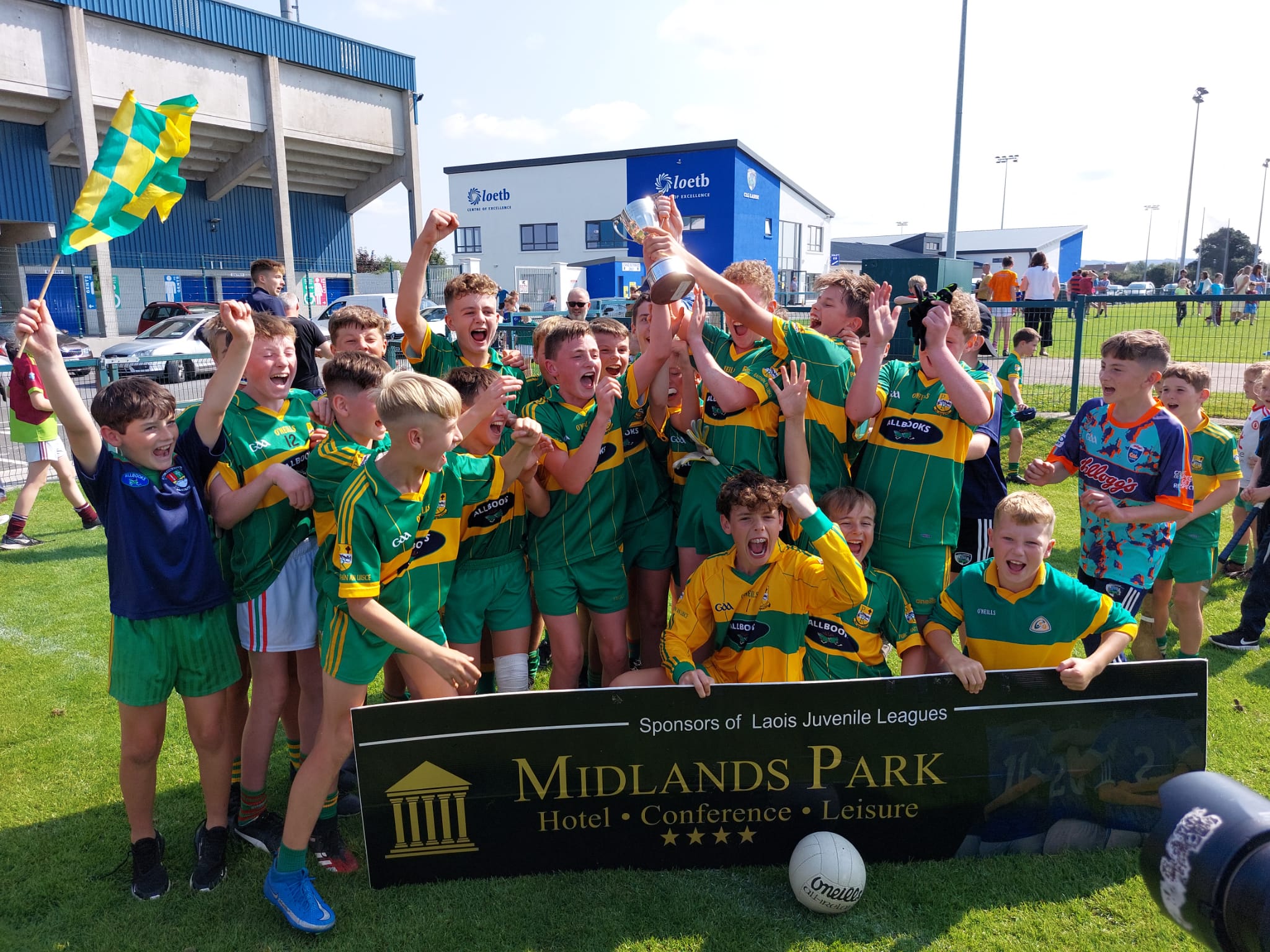 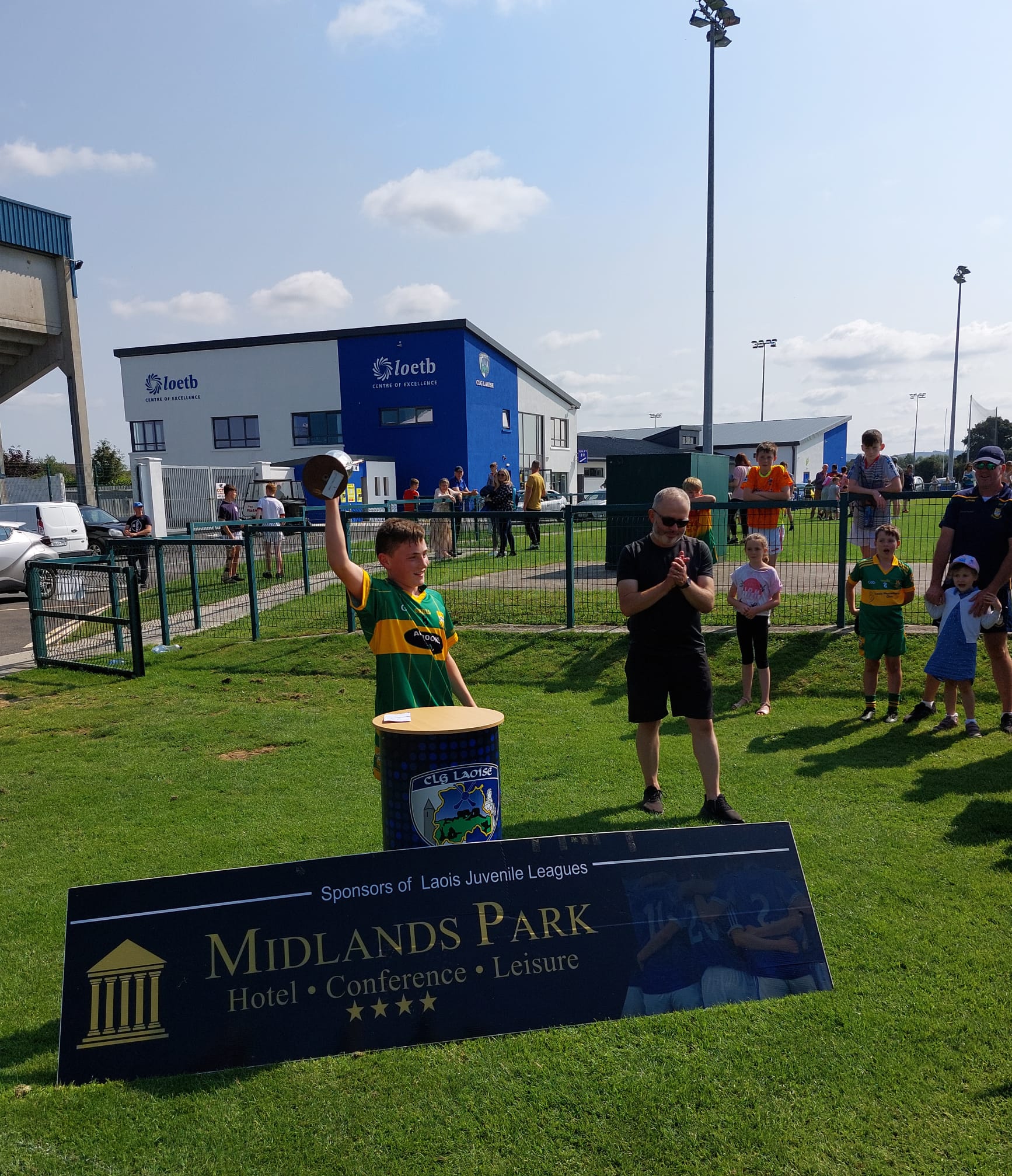 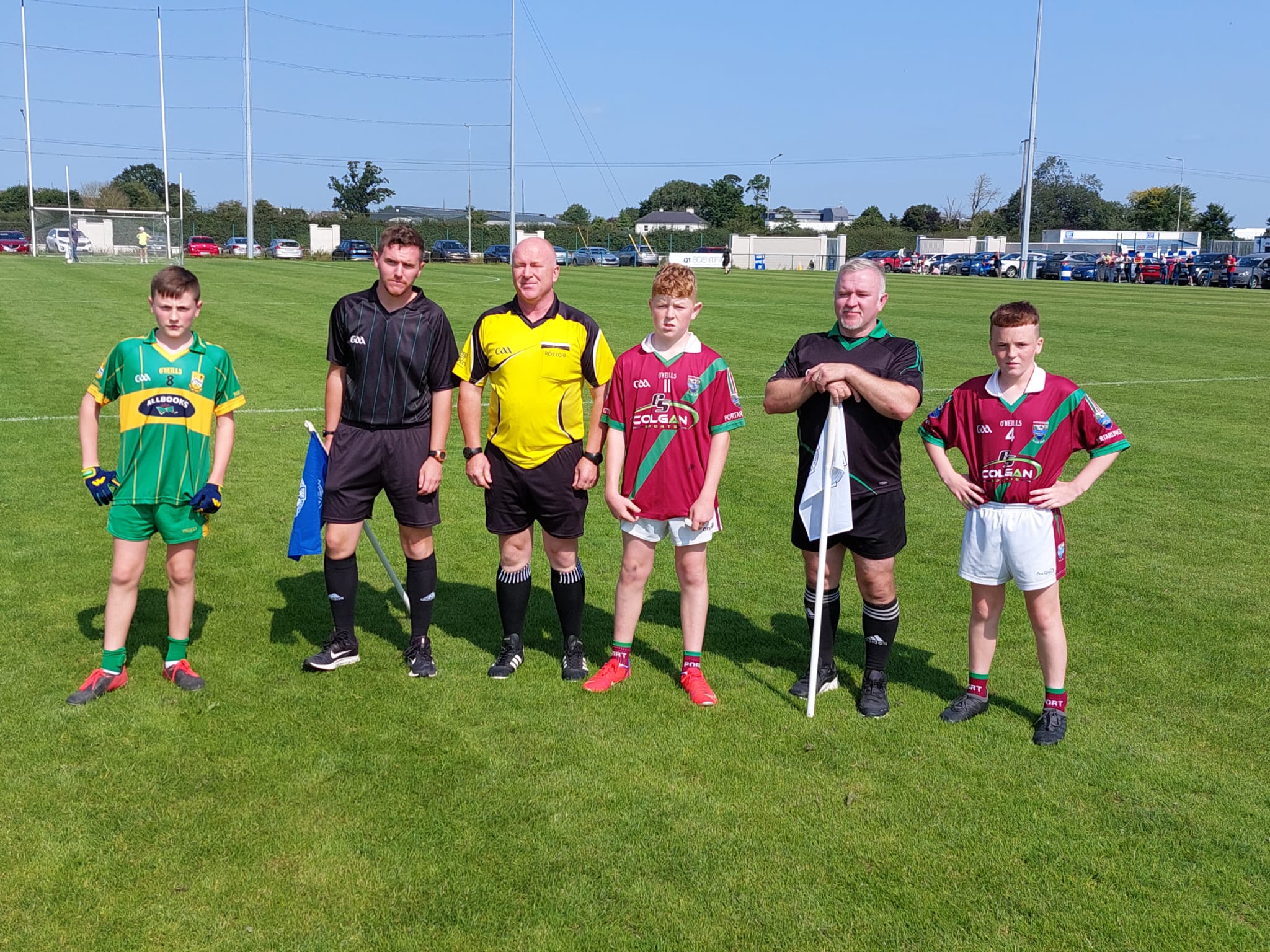 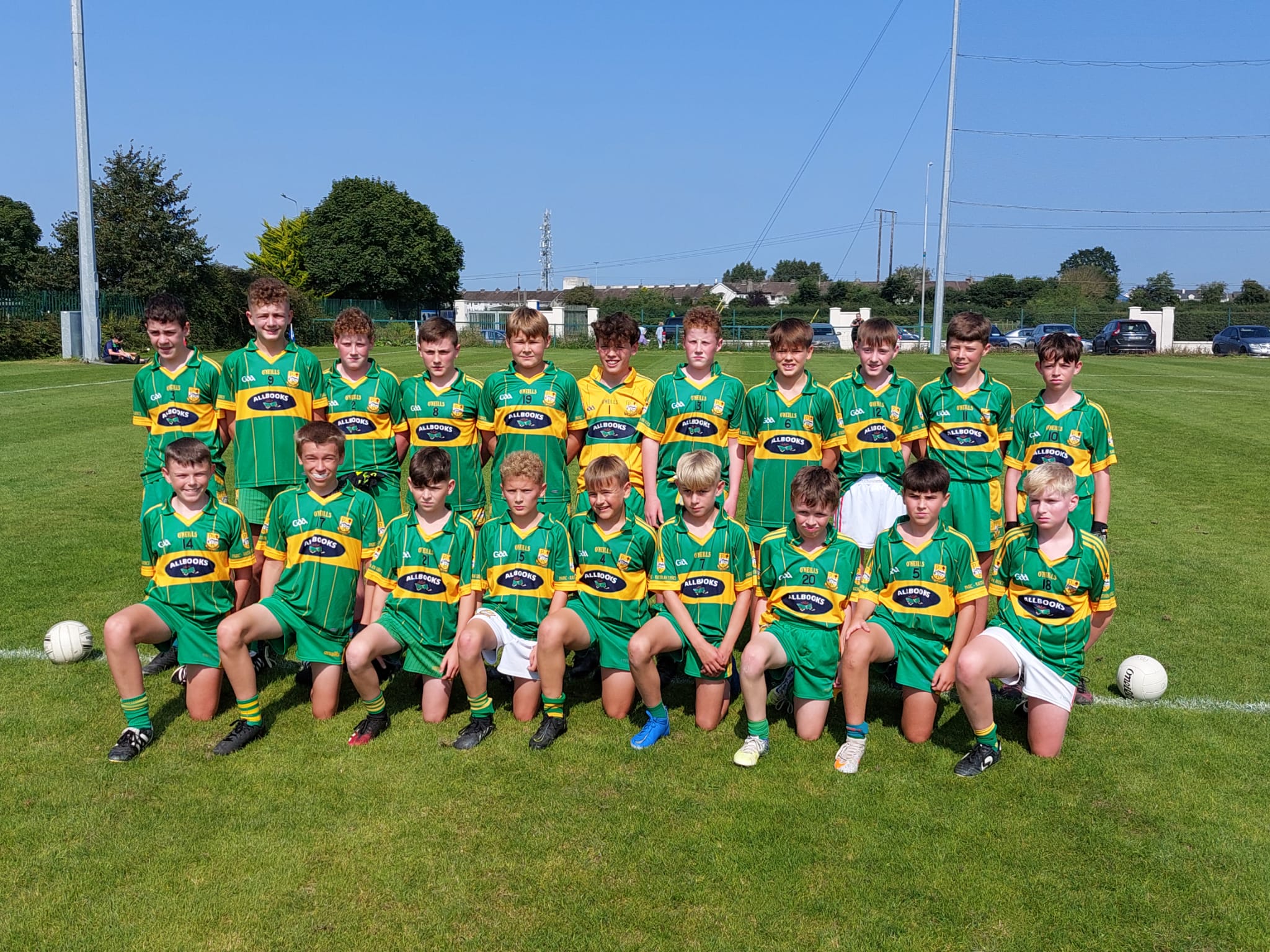 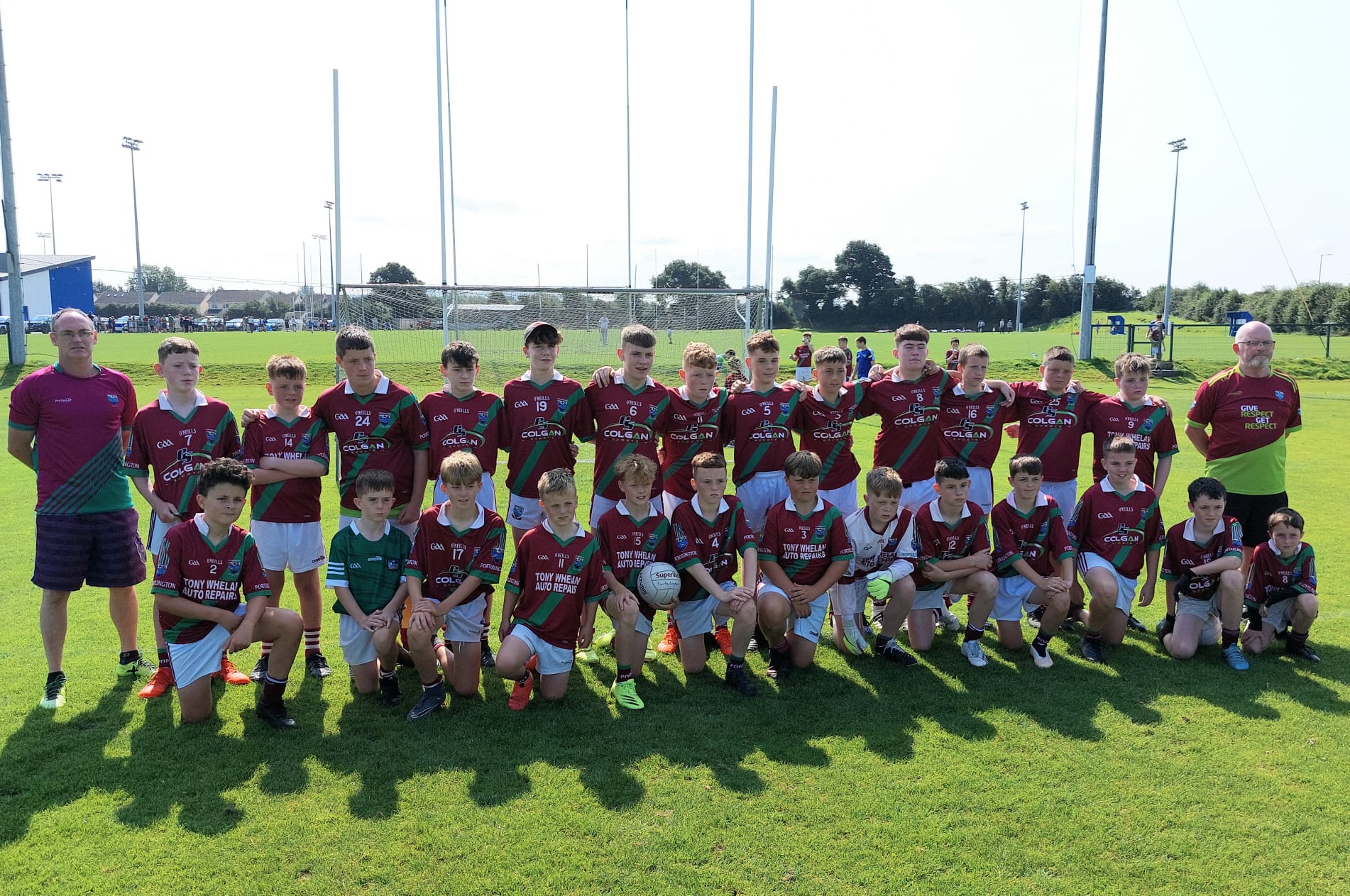