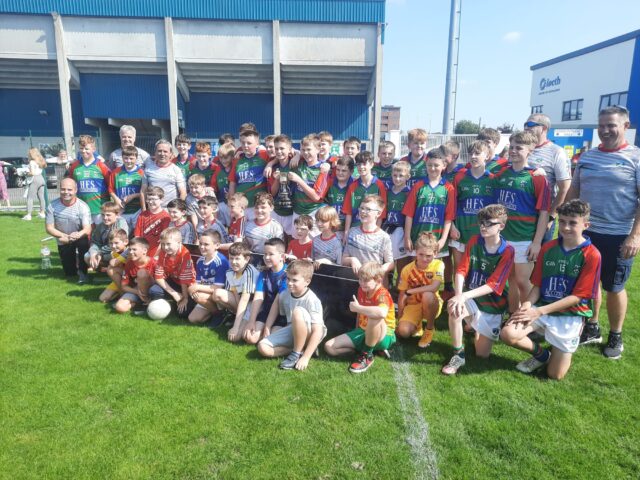 A remarkable second half comeback saw Stradbally Parish Gaels claim U-13 ‘B’ glory in the Centre of Excellence this afternoon.

An Eoghan Maguire point in the 22nd minute gave Na Fianna Og an eight point lead but they failed to score again as the Gaels took over.

They struck the front on the stroke of the second water break and defended brilliantly to repel Na Fianna Og in the final quarter to prevail.

Sean Tuohy opened the scoring for Stradbally Parish Gaels but Eolan Harris and Shane Lawlor gave Na Fianna Og the advantage before Will McGrath struck for the first of his goals after 10 minutes.

Aaron Tynan replied with a point but Na Fianna Og led 1-2 to 0-2 at the water break.

McGrath smashed in his second goal on the resumption and although Joe Larkin replied with a brace of points, McGrath soon completed his hat-trick following another slick move involving the excellent Fionn Gallagher.

Eoghan Maguire pushed the gap out to eight but Stradbally Parish Gaels finished the half well with points from Cathal Carroll and Sean Tuohy to leave it 3-3 to 0-6 at half time.

Stradbally Parish Gaels introduced Sean Maher at the interval and pushed Finn Darcy up field and the latter was involved in their first goal.

He forced the ball to Joe Larkin who pumped in a high ball where Cathal Carroll was on hand to punch the ball to the net at the back post.

Joe Larkin added a point before a long range effort from Eoghan Deegan sailed all the way into the net after Larkin challenged Na Fianna Og keeper Conor Brennan in the air.

Remarkably, that now meant that Stradbally Parish Gaels took a 2-7 to 3-3 lead into the second water break.

Aaron Tynan and Cathal Carroll pushed Stradbally Parish Gaels three clear and then it was all about defending as Na Fianna Og threw everything at them in a bid to gain an equalising goal.

There was a remarkable block from Sean Maher to deny Eoghan Maguire from close range while Fionn Mullen and Aaron Clarke also made crucial interceptions.

Na Fianna Og never gave up but in the end time ran out and the Parish Gaels were the winners. 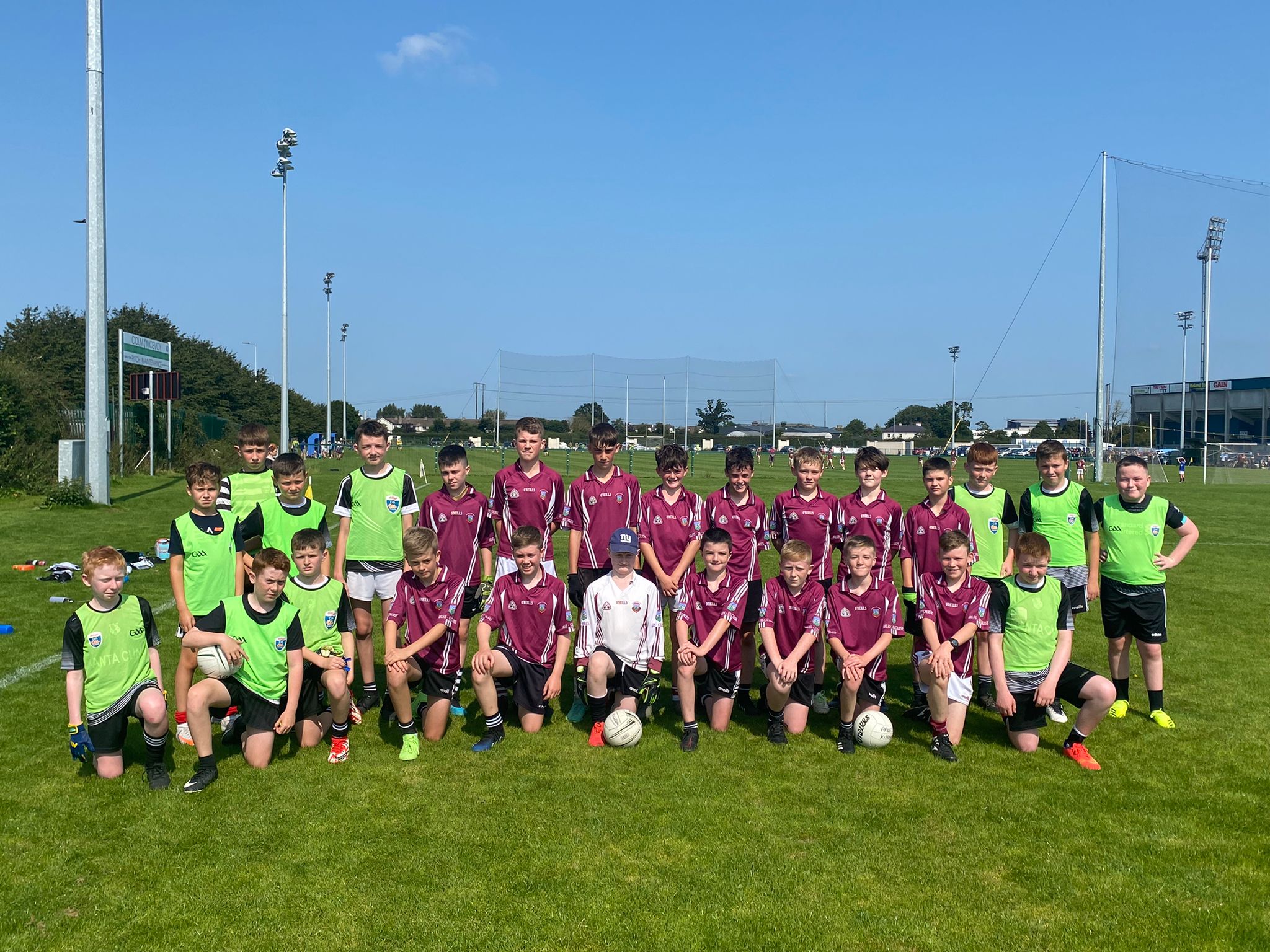 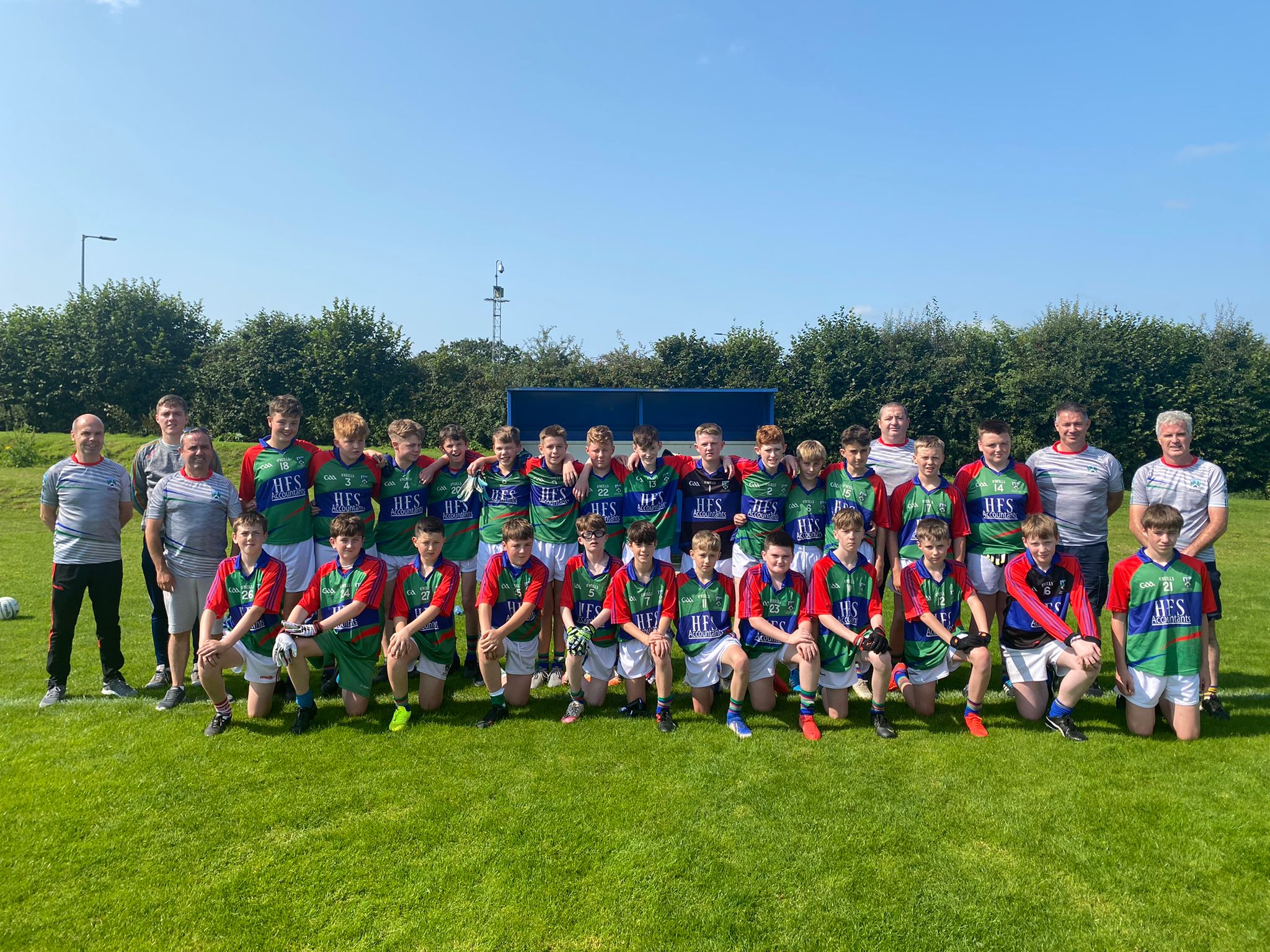