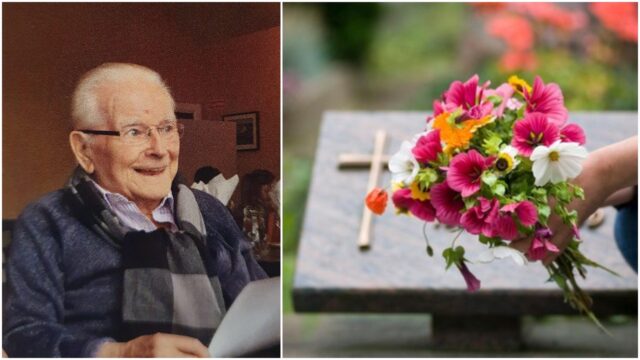 There was deep sadness in Camross recently following the passing of Martin Delaney.

Mr Delaney, who is predeceased by his wife Gladys, passed away peacefully at his home on Thursday August 26.

Martin was a forester over many years and resided with his late wife Gladys in Johnsboro in the heart of the scenic Slieve-Bloom Mountains.

He was deeply involved in Irish music and when Ceolmhthas was going strong, Martin supplied the music and saw the All-Ireland title come to the Parish in the mid-1980s.

He had a great love of sport and his proudest moment was on Sunday September 15, 1996, when his grandson Martin – the son of his eldest son Martin – was presented with the Tom Markham cup.

He had captained the Laois minor footballers to a famous victory over Kerry.

Martin’s family followed in his footsteps as Kieran is a former chairman of Laois hurling board and a prominent member of Camross GAA for many years.

Martin lost his wife many years ago and was not in good health for some time. He passed away on Thursday just hours before his grandson Dan made his Camross senior debut.

SEE ALSO – Up and Coming: Meet the Durrow twins who turned a much loved hobby into a thriving business