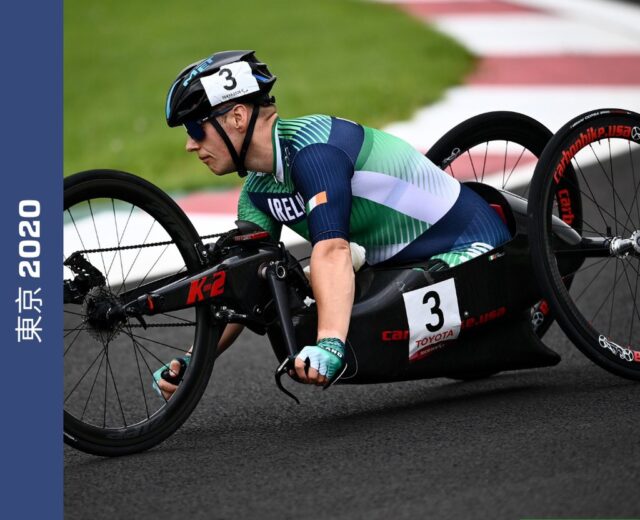 Gary O’Reilly’s Paralympic adventure came to an end in the early hours of this morning when the Portlaoise man finished fourth in the H5 paracycling road race.

Just a day after his thrilling bronze medal achievement in the time trial event, O’Reilly went in search of a second medal – but finished just outside the podium places.

He finished in a time of 2 hours, 24 minutes and 57 seconds in the 72km race, 17 seconds behind Tim de Vries from the Netherlands.

The race was won by Mitch Valize from the Netherlands, who also won yesterday’s time trial that O’Reilly finished third in. Loic Vergnaud from France won the silver medal, as he had done also in the time trial.

The race brings the curtain down on O’Reilly’s Paralympic debut – and he will be assured of a hero’s welcome in Portlaoise when he returns home in the coming days.

And he will be expected to be a medal contender again in Paris in 2024. “This is just the start for Gary O’Reilly,” tweeted Paralympics Ireland in a nod to the next games.

“I’m chuffed about the games as a whole,” said O’Reilly afterwards.

“I think fourth today was the best result I could have hoped for to be honest. With the medal yesterday I’m still struggling to believe that happened so I think all in all it’s job done.

“I couldn’t be happier.”