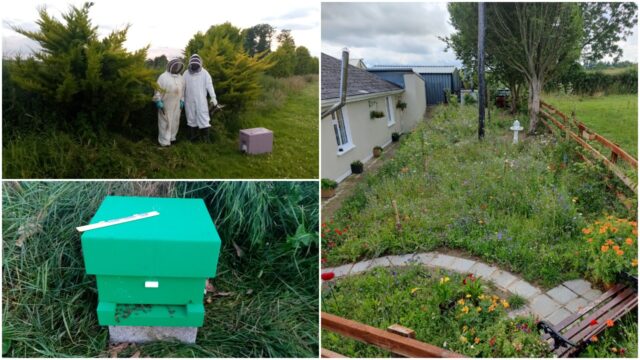 When Ella Townsend noticed a few bees in her garden, at first, she wasn’t concerned. A few bees were a common sight in most gardens during the summer months.

However, upon closer inspection, Ella realised she was dealing with several swarms that were continuing to circulate throughout her garden.

The bees were mainly accumulating in the hedges near the treehouse where Ella’s children would usually play. To say the least, Ella was growing concerned for her children’s safety as the swarms were in proximity.

An ornamental lighthouse Ella had bought many summers before that stood along the hedge at the end of her garden was now being used as a main hive area by several bees.

This concern led Ella to contact the local beekeepers’ association in her area.

Originally from Wexford, Ella now lives in county Laois and reached out to Tim Oxley who is associated with the South Laois Beekeepers’ Association which is based in Abbeyleix.

Tim and his son, Liam were happy to discuss bee safety and conservation with LaoisToday.

Liam, a recent graduate from NUIG was involved in a society called Enactus where they set up social enterprises, businesses that have a charity mind-set.

As Liam grew up watching his father Tim always looking after bees and flower growth at home bee preservation was something particularly close to his heart.

Liam specifies that not too many people are aware of the danger’s bees face and more importantly the benefits that bees play in society. 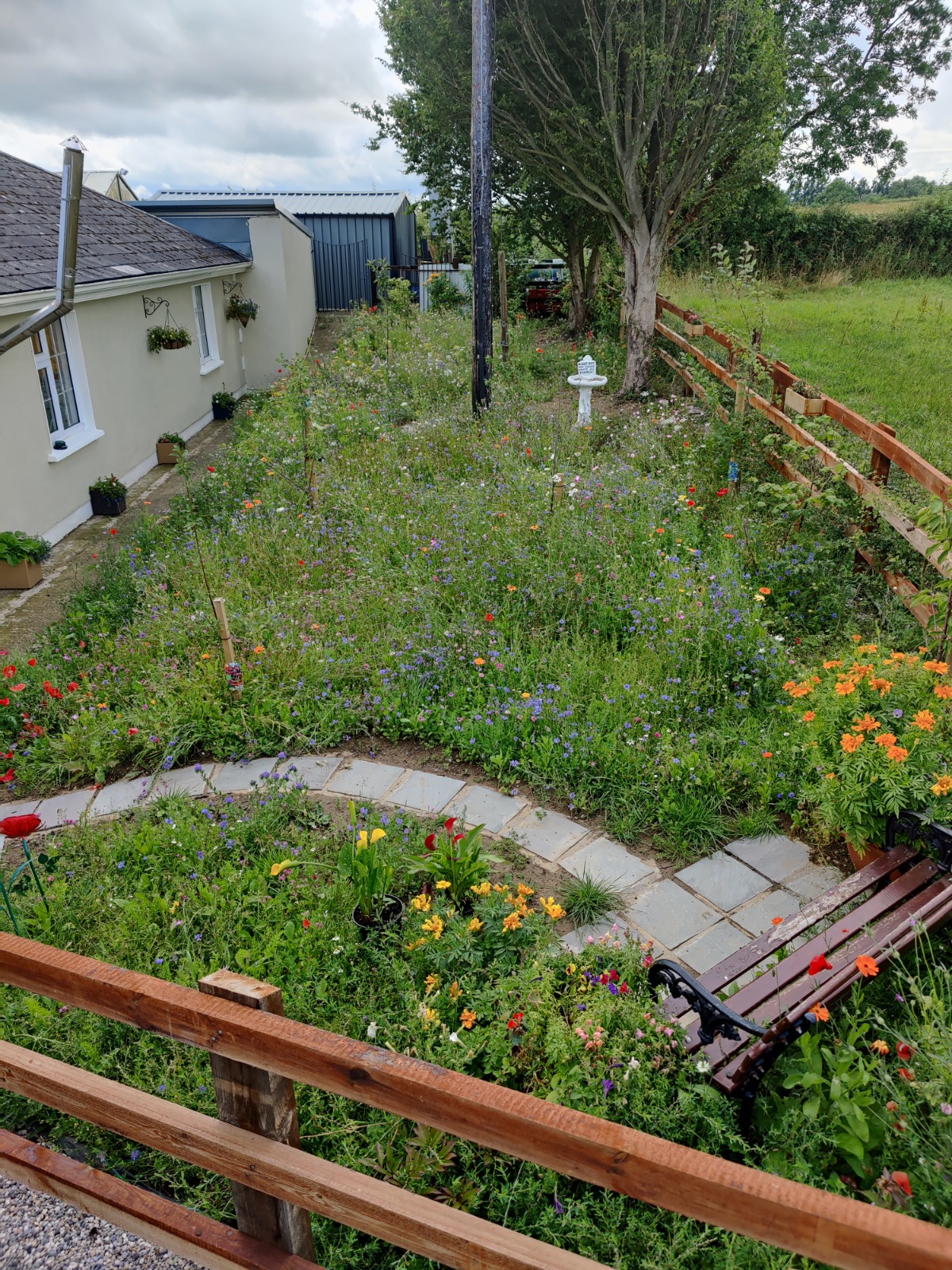 “Bees are responsible for seventy percent of all flowering plant, which is absolutely huge, and they are worth around four hundred billion to the world economy”, Liam said.

Essentially bees offer a huge contribution to society but so many people are unaware of the drastic decline in bee population across the world.

Liam said: “Roughly about eighty percent of the worlds bees’ population are in decline. 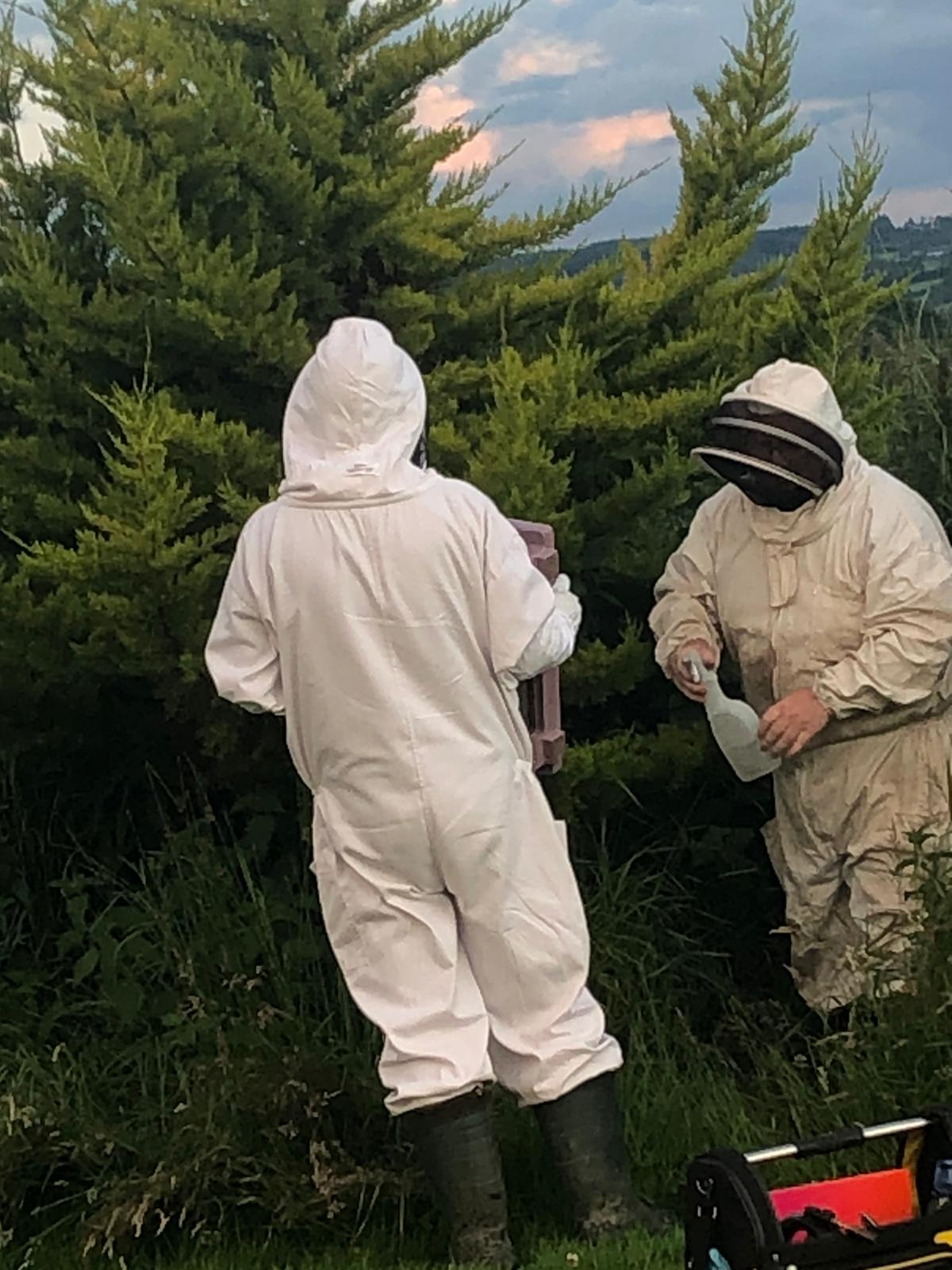 “I suppose the bees that people see in the limelight more often are the honeybees but the honeybees aren’t actually that much in danger; it’s our solitary bees and our bumble bees who are in huge decline across Ireland.

“It’s predicted by Biodiversity Ireland that one third of all native Irish bees’ will be extinct by 2030.”

Liam was involved in a project called ‘BuzzBox’ where a team went into primary schools and taught young students about the importance of bees, the current dangers that bees face and what people can actually do to help bees. 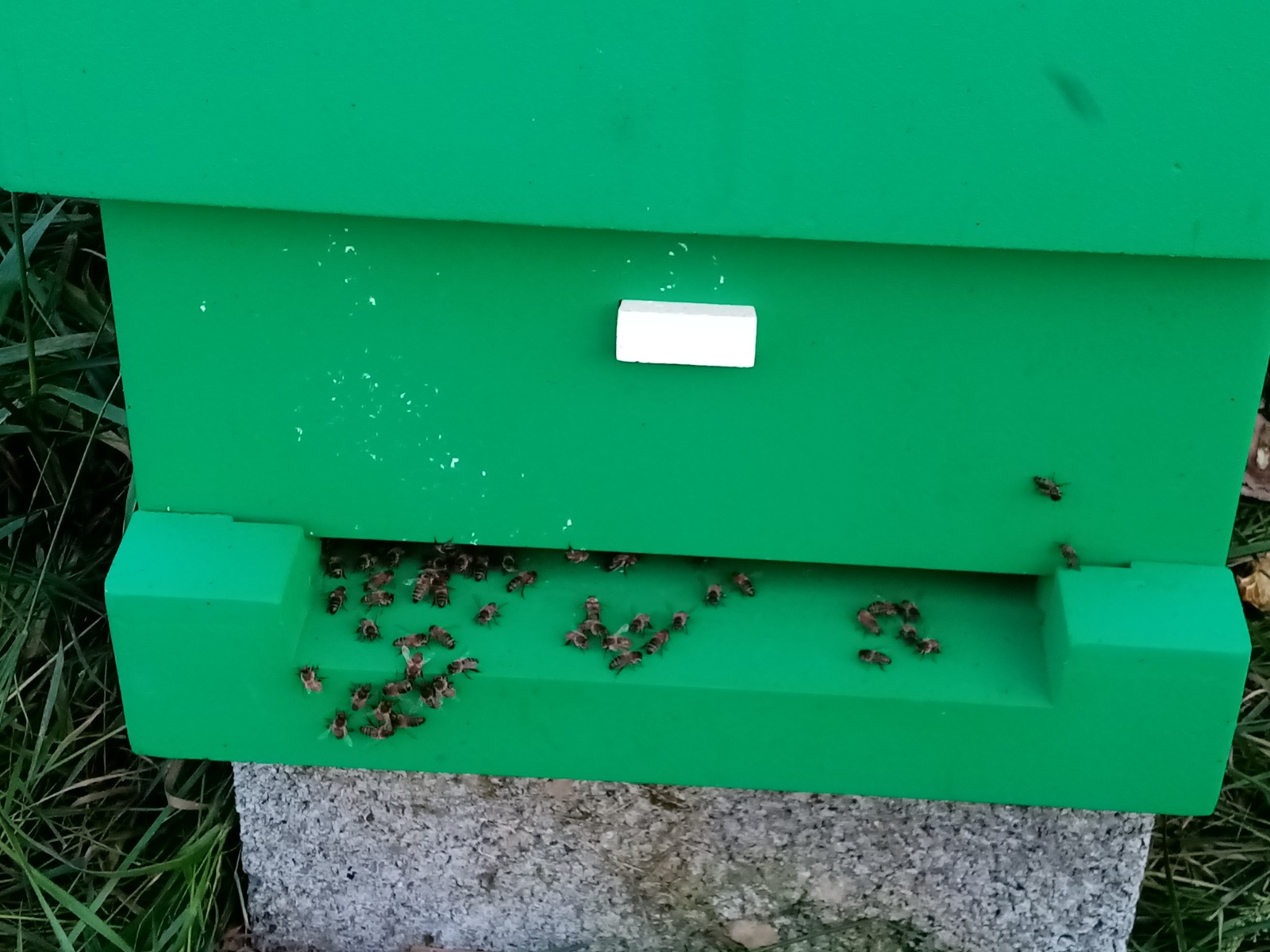 Liam’s suggestions of how people can help bee development include:

Liam also points out how seed bombs are a great way to gain a child’s interest in biodiversity.

He said: “Your just putting wildflower seeds into a ball of dirt or clay and letting it dry and then children can then walk around their garden or walk around their school and spread the seed bombs. It’s fun and it’s really good for the environment.

“Dad always tells people and what a lot of people in the honey bee community already know is that it’s best to buy honey from your local area because bees collect the pollen from all the flowers that are native to your locality so that’s what you’re breathing in everyday and what’s best for you is actually inside that honey. 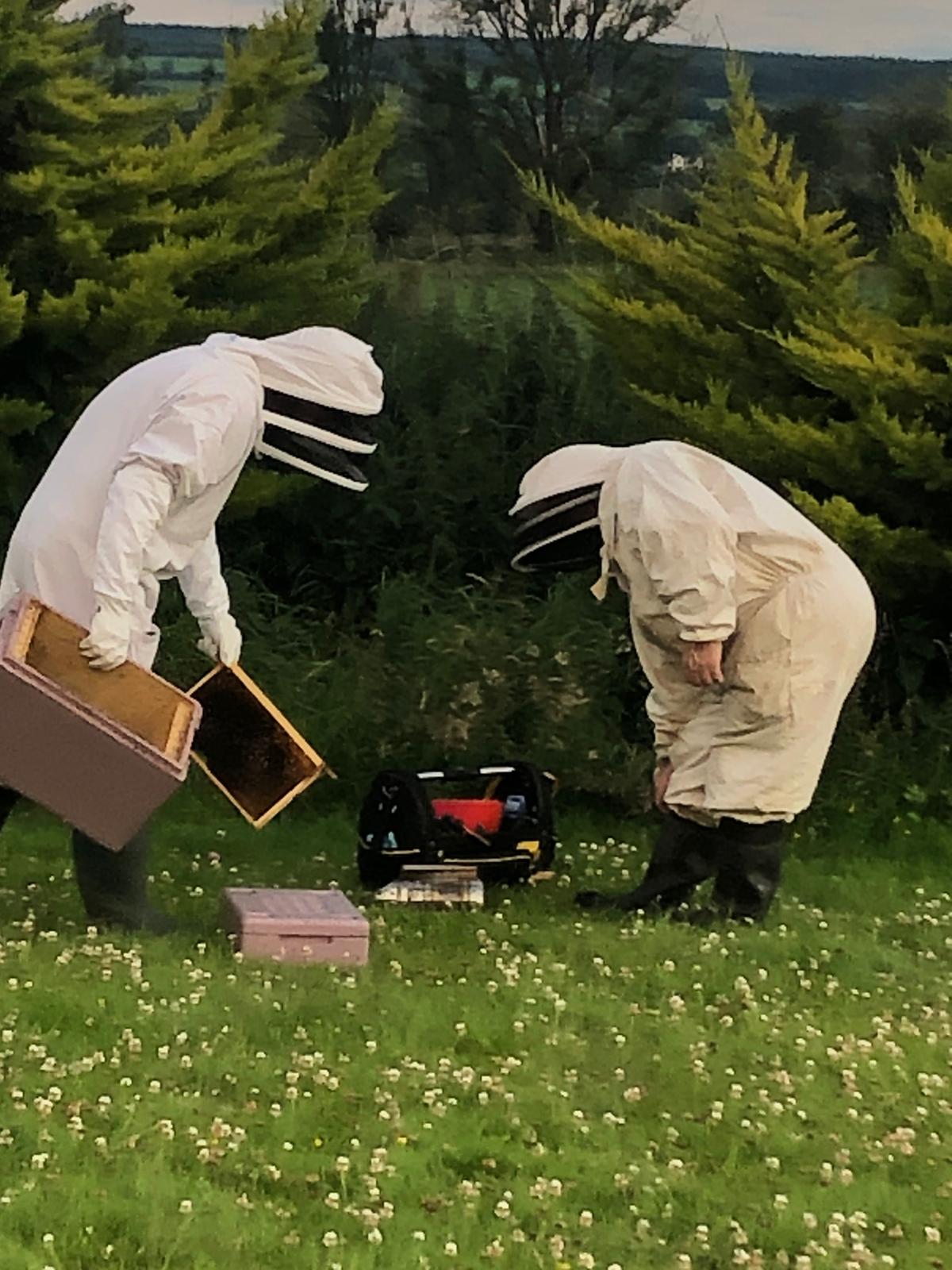 “Plus, it supports local beekeepers and a lot of the other honey that people buy elsewhere can be processed.”

Going back to the local beekeepers Liam specifies how people can use honey with loads of different things to bake and how honey can also be used as a sugar substitute.

The whole bee keeping process is recyclable because bees’ wax that comes from the hive can be made into candles or body washes and they can be used in a lot of natural skin care products. This highlights the reusability of all stages of the bee keeping cycle. 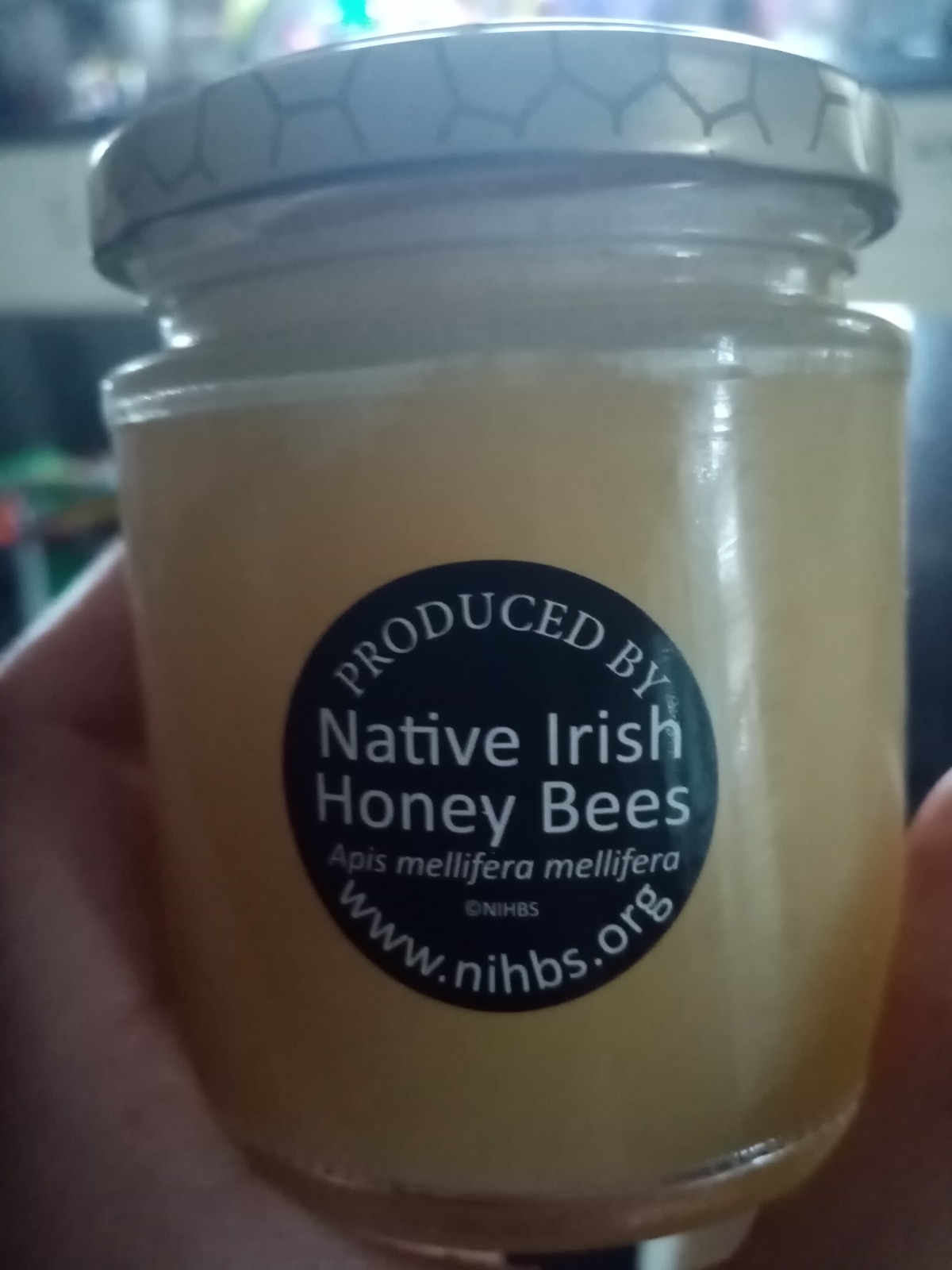 Anybody who’s involved in bees has a great mind-set and initiative to help preserve the bees. There’s absolutely no problem if you call the beekeeper should you find a hive of bees in your own garden.

Liam states that a few times they have been mistakenly called to attend to wasps.

He said: “You have to make sure you’re not calling up about wasps because Liam’s dad, Tim has received a few calls and when he arrived at the house in question, he has been presented with wasps instead of bees.

“The native Irish honeybee is recognised as being a lot smaller than a wasp, wasps are a lot narrower in their abdomen, a lot thinner than a bee and their colour is a brighter yellow and their head is a lot larger.

“The main difference is the Irish black bee is not as vibrant yellow, it’s a lot more subtle yellow. Plus, you’re less likely to find wasps swarming; generally you won’t find wasps out around flowers because they don’t actually collect pollen from the flowers.” 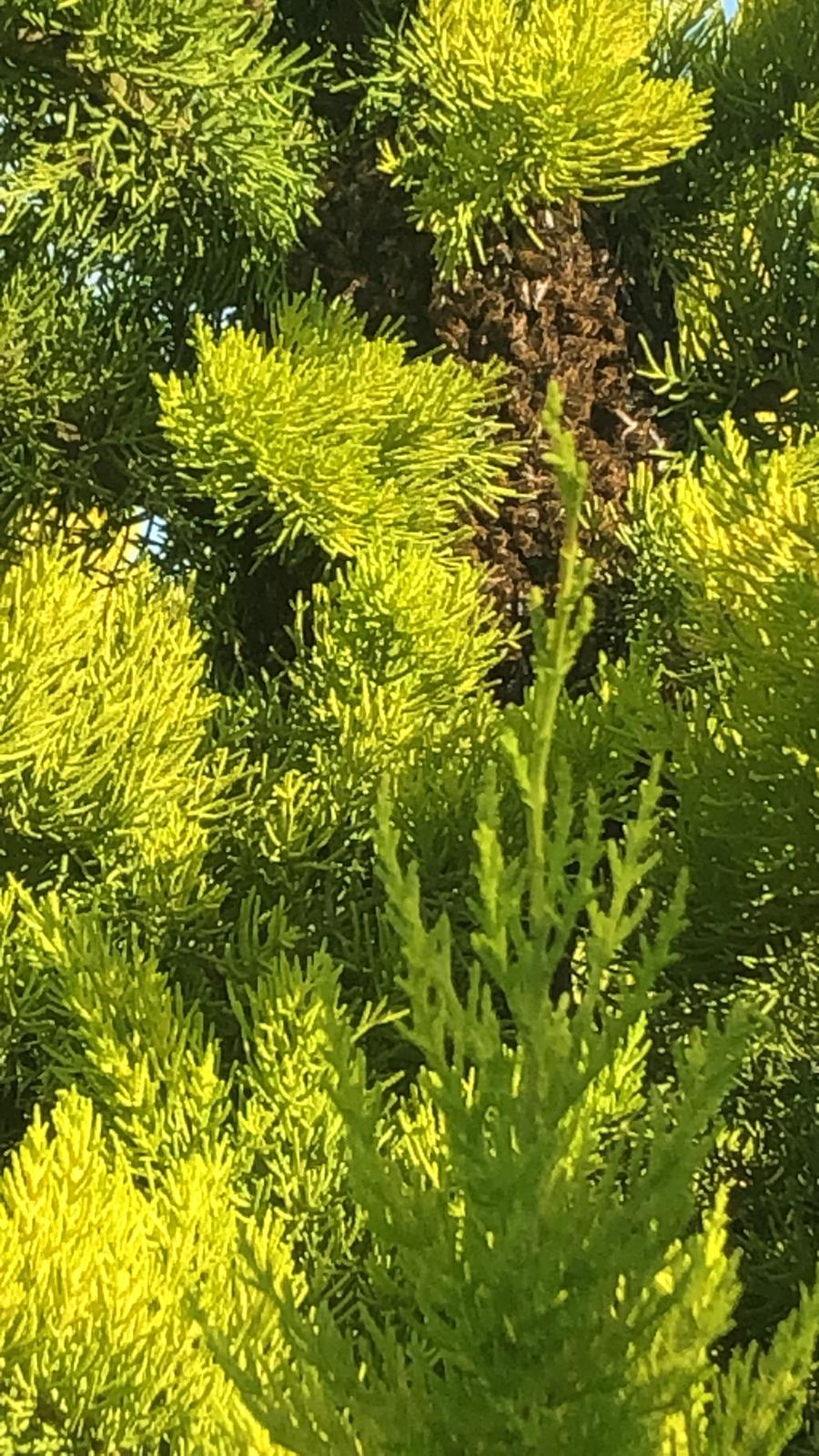 Liam specifies how important bees are to our lives and he recollects the devastation we would face if bees were to be wiped off the planet.

“As a community, we can alleviate this threat by simply applying a few small changes to our garden and outdoor areas. Liam suggests getting a pack of wildflowers and throwing them somewhere in your garden, leaving a designated area of your lawn uncut and being conscious of what you’re putting on your flowers as weed killer can poison bees.

“Within his school workshops Liam highlights the importance of keeping the topic of bee preservation relevant. The more conversation and awareness brought to bee preservation the better in terms of people acting and providing funding for biodiversity Ireland whose actions promote bee survival across Ireland.

“It’s not too late to stop the decline in bees across the world, it’s just a matter of getting the common knowledge out and for people to be more conscious about what they’re doing.” 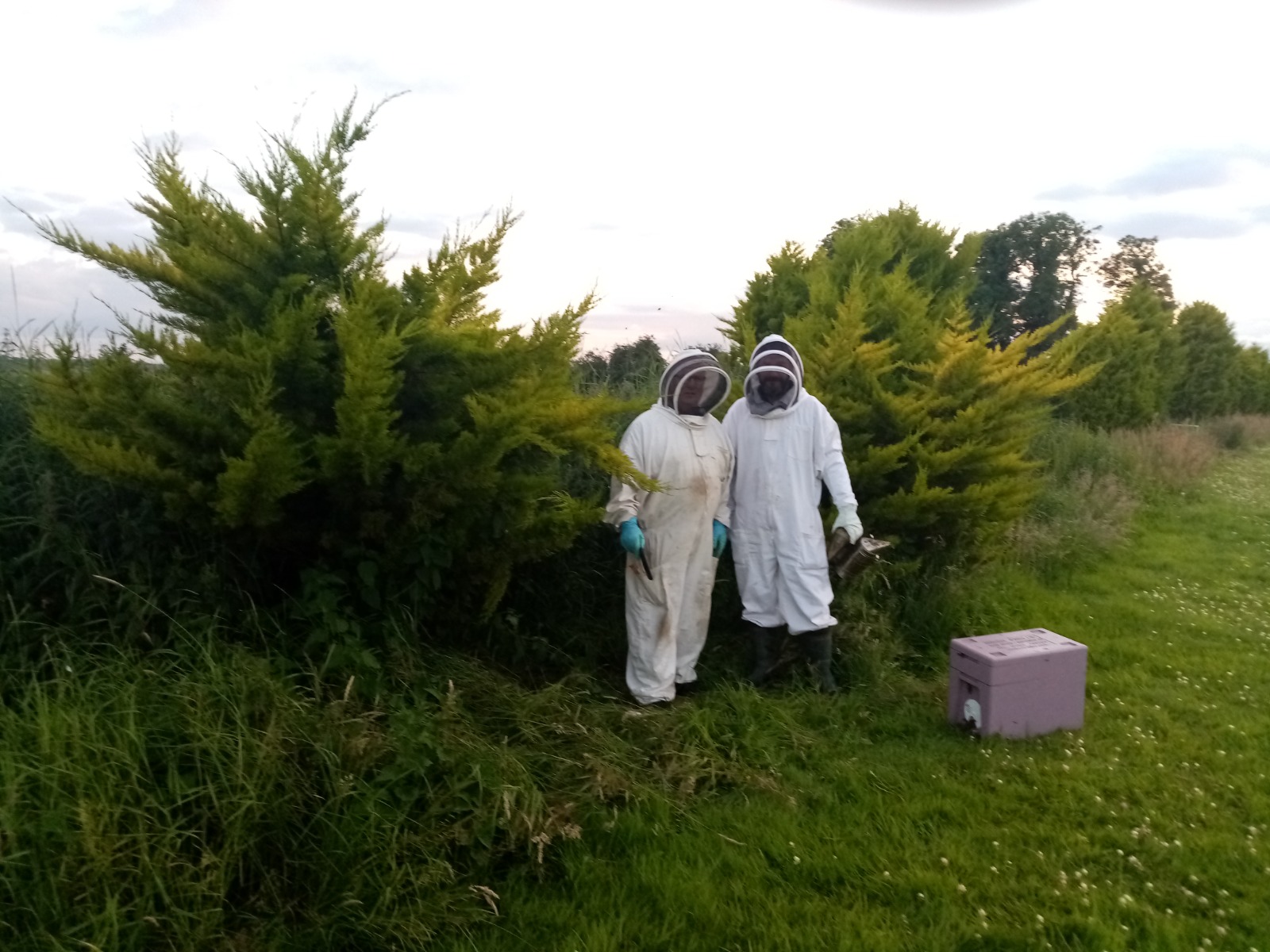 In wintertime when we’re feeding the bees, we give the bees’ sugar syrup so they can be fed during the winter. The reason bees make honey is so they can eat it themselves in the winter so when we’re taking, essentially their food, we must give back.

Plus, for the likes of the bumble bees and solitary bees that don’t have that additional food; it probably would be a good idea just to leave a bit of sugar.

“When the queen cell is sealed after 10 days the bees leave the hive, the queen leaves the hive with all her worker bees and they go and form a swarm somewhere else. 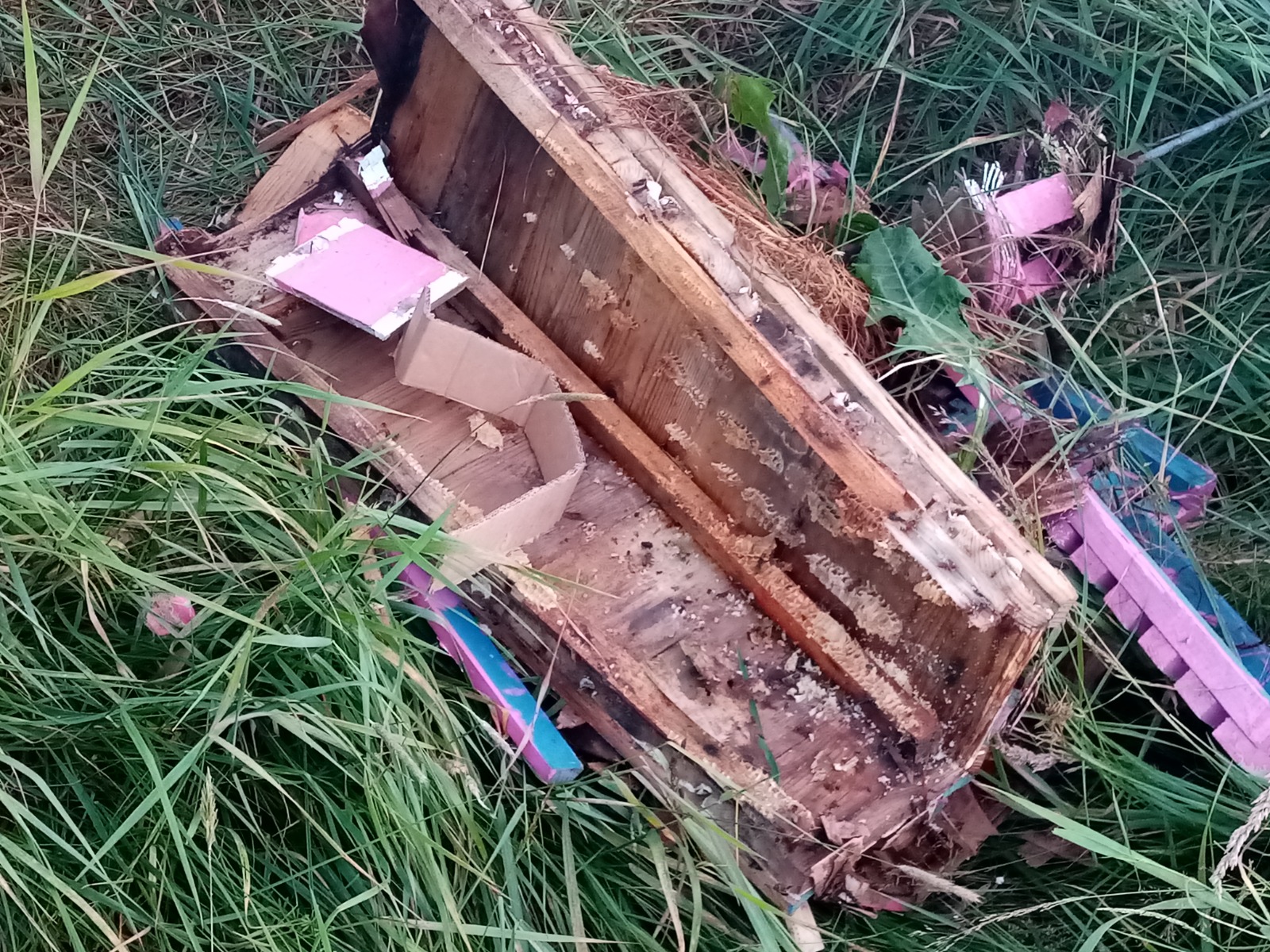 “They’ll swarm an area and they’ll land in a tree and then there’ll be scout bees that’ll go out from that tree and look for a proper home for themselves elsewhere and when they find a proper home, they’ll make themselves comfortable.

“However sometimes, the scout bees can’t find a proper home and that’s when the likes of us beekeepers will come and take the swarm away or else, they’ll just die where they are.

“What usually happens is they’ll build their own home but most likely they’ll be a nuisance and people will want them out of their houses because they could go into an attic or under a trampoline or into a bird box and we, as beekeepers want to avoid people killing the bees. 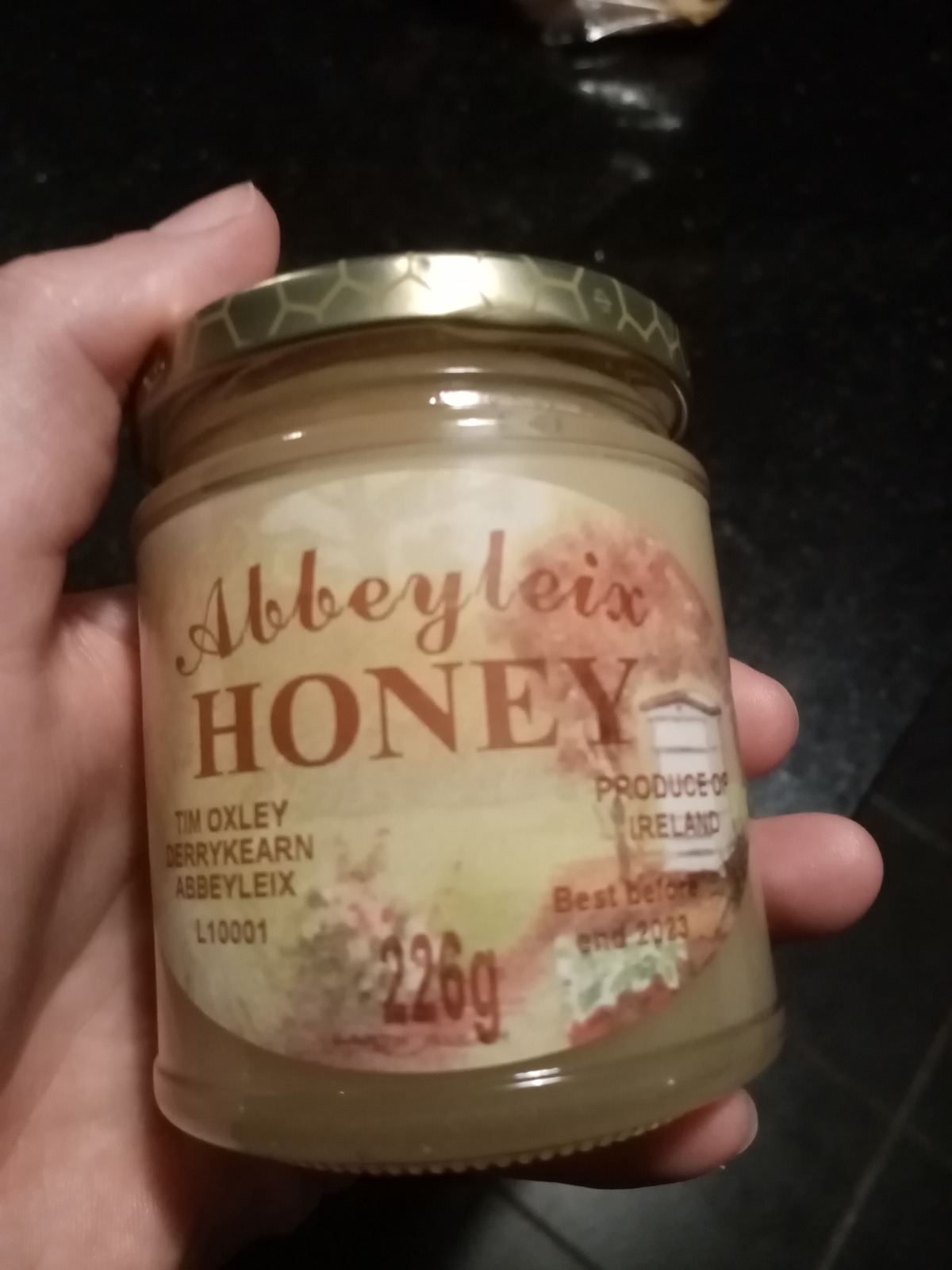 “There’s one queen in a hive and she lays between 1,500 to 2,000 eggs in the summertime. A bee will last generally 6 weeks because it’ll wear it’s wings out bringing in the honey. A bee will generally bring in a teaspoon of honey in its entire lifetime.

“During the wintertime the bees can last 6 months because they change internally. The queen will start laying more eggs in the winter months of January and February and the previous bees will die off.

“We generally leave them in the brood box where they would have all their feed, their honey and their nectar. We make sure that when we take off our honey that we still have enough honey left for them for their feed.

“If they haven’t enough feed, then we give them sugar syrup which consists of a litre of water to a kilo of sugar and we feed them that until they stop taking it so we know they have enough.

“The biggest pest for the bees at the moment is Varroa, which is a mite that attaches to their body and weakens them. If left untreated the hive would fail to thrive and may die off, but we treat them with natural remedies.”

The Varroa mite has become more of prevalent in the last 10 years because of changing conditions. Tim states that now bees are being breed now to get rid of Varroa.

Tim encourages gardeners of all stages out there to buy bee friendly flowers. 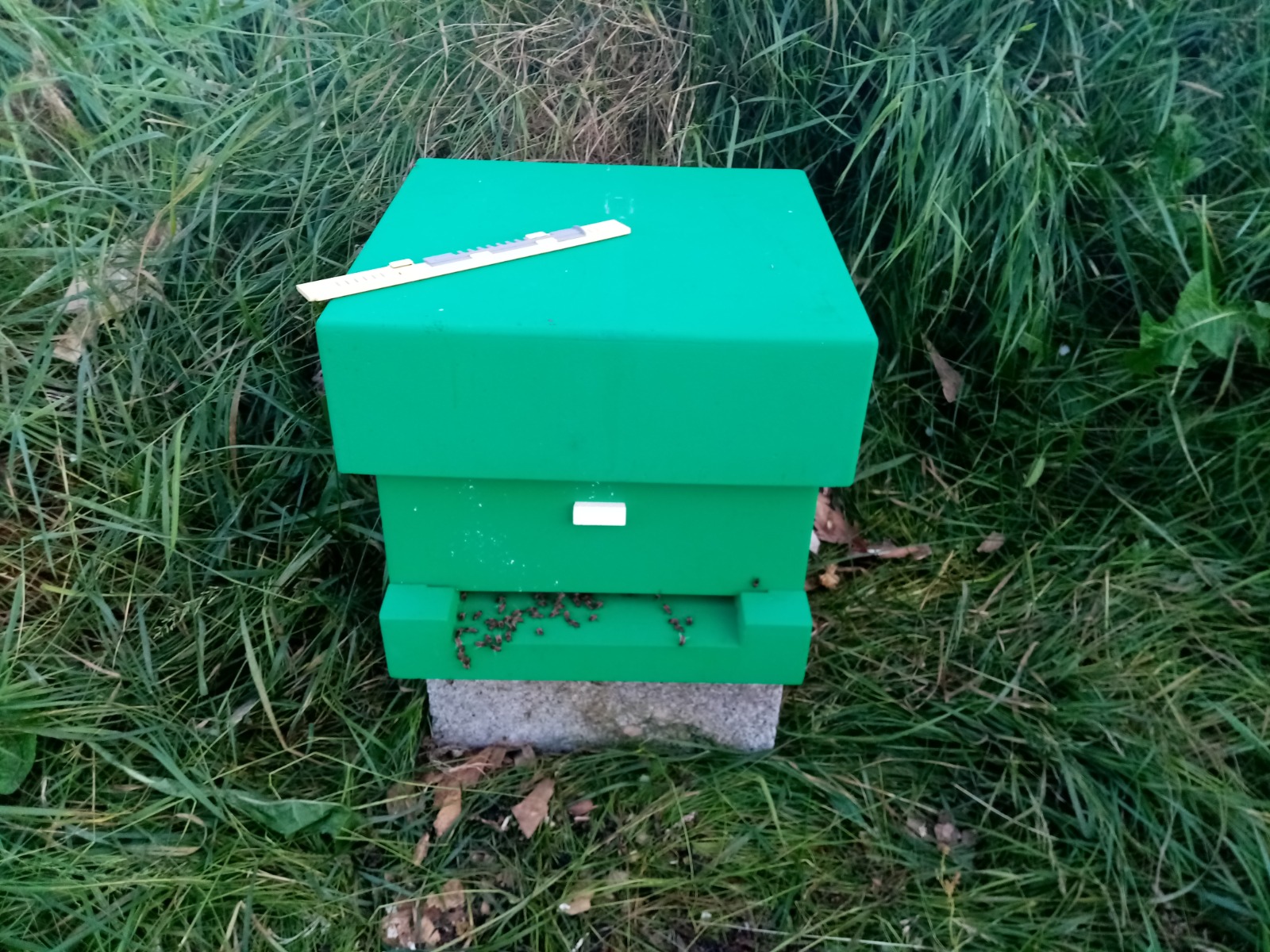 He said: “Wildflower packets usually display their ‘bee friendly’ status. Try to dedicate an area of your garden especially for this cause.

“This will not only benefit the bees but nature and other insects too. Another nature friendly item to invest in would be a bee or bug hotel.

“The message is to leave a little space for nature. Sow trees that are bee friendly as opposed to conifers which bees get no benefit from. Sow trees like lime, sycamore and all the Irish natural trees that are out there.”

Tim has noticed a lot of farmers are letting their hedges grow now and states this might be down to grants possibly.

Tim also believes schools should have their own designated area dedicated to bees’ where they grow wildflowers which many schools seem to have these days.

Tim himself runs a course each year to bring in new beekeepers. Tim’s particular beekeeper’s association is called South Laois Beekeepers’ Association which is based in Abbeyleix. There are loads of these groups dotted around the country and they can be found on Facebook within your own locality.

He said: “At the end of the day, if we don’t have bees a lot of our food source will be gone off the tables.

“In some parts of America farmers are paying beekeepers to bring in bees to pollinate their almonds and other crops. Oils like Oilseed rape doubles in production when you when you have more bees that are pollinating. Additionally, some countries can register bees as livestock.”

Should you find a swarm of bees in your own vicinity you can reach out to your local beekeepers’ association as there is always someone who will take the bees’ off your hands in a safe manner.

Tim said: “Most people tend to look at bees with fear believing that they will sting them.

“This on the contrary, is the opposite. Bees are quite friendly and have no interest in humans because they are so focused on collecting pollen / nectar.

“Obviously, if you start swatting the bees, they might get annoyed. I believe there should be a hive in every garden in Ireland, however not everyone is a beekeeper.”