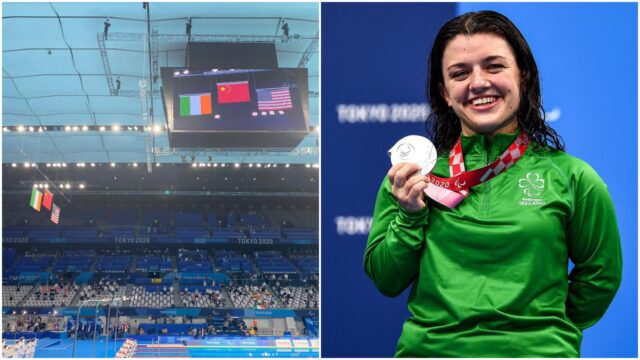 Laois’s two Paralympic medalists are set to return home to Ireland this week following their fantastic successes in Tokyo.

Portarlington’s Nicole Turner will come home from Japan with a silver medal after she was victorious in the Butterfly.

While handcyclist Gary O’Reilly, competing in his first ever Paralympics, brings home a bronze medal.

Preparations are being put in place for a homecoming for Portlaoise’s O’Reilly and will be confirmed soon.

But Nicole Turner is set to be showered in glory this week when she arrives home.

A welcoming committee has been set up in Portarlington and a spokesperson confirmed details of their plans today.

They said: “A welcome home parade is being organised for our Olympic Silver Medalist, Nicole Turner, this coming Wednesday evening, September 8.

“The parade is leaving the Rugby Club on Lea Road at 6.3 pm and will travel through Portarlington, along Bracklone Street, Main Street, Patrick Street, Gracefield and on to Garryhinch.

“Please come out to support Nicole and celebrate her outstanding achievements.

“Stand and cheer along the route and bring family and friends too.”