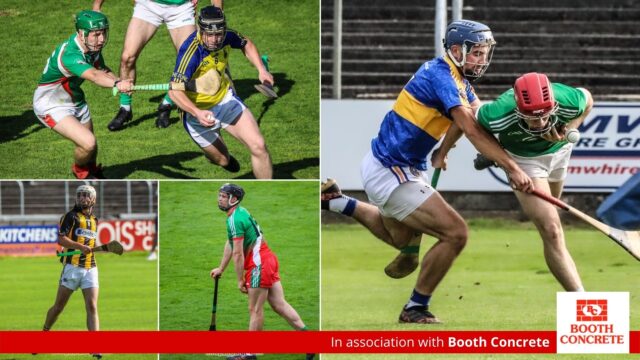 Hurling goes centre stage again this weekend with Round 2 of the Laois hurling championships across the top three grades.

And we’re back with our latest Talking Sport Podcast with Damien Carter joining Alan Hartnett to look ahead to all of the action.

On paper, the biggest game of the weekend is the meeting of neighbours Borris-Kilcotton and Camross in O’Moore Park on Saturday.

With both teams having failed to win their opening game – Camross lost to Rathdowney-Errill and Borris-Kilcotton drew with Abbeyleix – they both need a win to avoid heading into the last round of group games in relegation bother.

Having never previously beaten Camross in the championship, Borris-Kilcotton have won the last two meetings in 2020 and 2019. The other game in that group sees favourites Rathdowney-Errill take on Abbeyleix.

In the other group, the big game is the meeting of The Harps and Castletown on Friday night.

The Harps will have had only five days to recover from their opening round loss to Clough-Ballacolla and a loss here against a Castletown side that beat Rosenallis in the opening round would leave them needing to win their final group game against Rosenallis to stay out of relegation trouble. A Castletown win would ensure their safe passage to the knockout stages.

In the other game in that group, champions Clough-Ballacolla will be expected to beat Rosenallis to stay top of the group.

The lads also look ahead to all the games in the Premier Intermediate and Intermediate games – and make their predictions.