Wednesday September 8 was a day to remember for all at Timahoe NS as children and staff were treated to a visit from a very special guest.

The Timahoe colours of red and white were swapped for green and white as the school welcomed Limerick hurling legend, Declan Hannon, now a three time All Ireland winning captain.

The significance of Declan becoming a three-time All-Ireland winning captain has been well documented and only the legendary Christy Ring can lay claim to such a feat.

Having such hurling royalty in the school was a real treat for everyone and they were even more impressed when he announced that Timahoe NS was the first school he had been in since winning the Liam MacCarthy Cup.

The Limerick hero was a fantastic guest – he played hurling with the children, signed autographs, posed for photographs and even spoke some Gaeilge – an all-rounder indeed.

The excitement had been building all morning and when Declan eventually arrived, the children gave him a rapturous welcome.

The entire visit occurred outdoors and included a mixture of speeches, questions and answers, singing and most importantly – hurling.

The weather played its part too with glorious sunshine appearing after a morning of rain.

The children were in awe of Declan and had plenty of questions for him. He discussed items such as training, diet, inspiration and playing other sports as a child.

He also answered a few questions ‘as Gaeilge’ from 6th class before being put through a rapid fire quiz by Gráinne, Peyton and Sean.

Declan was then treated to a superb rendition of ‘Limerick You’re a Lady’ by the entire school before being presented with a gift by Dylan and Adam.

After the formalities, it was time for some hurling. Children and teachers lined up to take shots on Declan and he was very impressed with the talent on show.

There was great excitement as the children cheered each other on to try and put one past the Limerick star.

Principal Ann Bergin was very complimentary to parent, Damien Bowe, for making the visit happen and for allowing the children such an opportunity.

She also thanked Declan for being so accommodating and being such an inspiration to the children of Timahoe NS. She hoped the visit would inspire a future generation of sports stars.

Declan’s final action was to officially absolve all students of homework that night which was gleefully accepted by all.

By the time the Declan left, everyone was buzzing about hurling, a huge success in itself.

Check out some great pictures from the visit below: 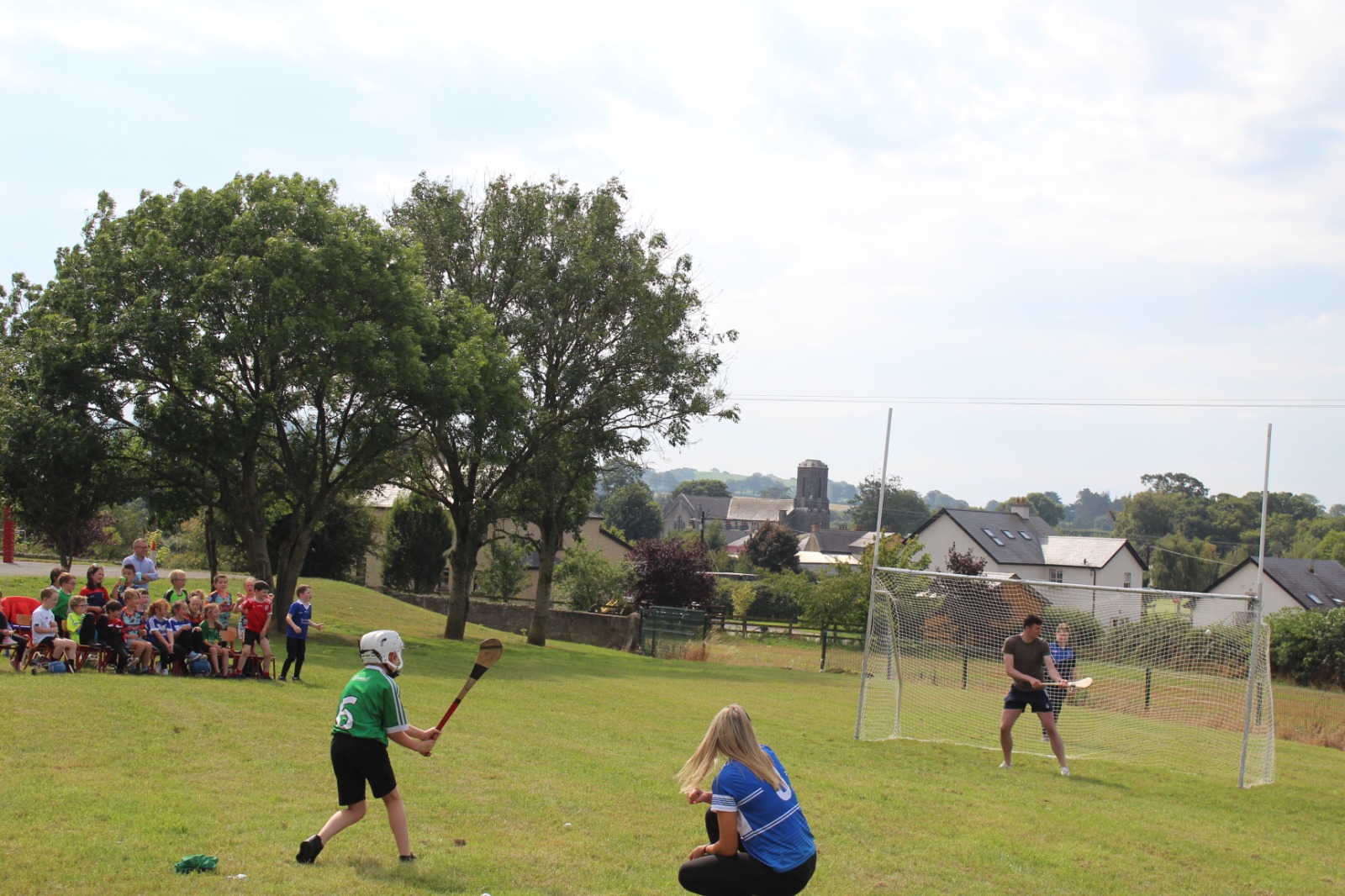