Three Laois based rugby players starred as Leinster thrashed Munster to claim the U-18 Interprovincial title on Saturday.

Portarlington RFC’s Alannah Fitzpatrick, Portlaoise’s Koren Dunne and Kilcavan native Leah Tarpey, who plays for Tullamore, were all on the team.

While Kilcavan’s Caoimhe Guinan is also part of the panel.

Michael Bolger’s brilliant squad posted 78 points without the concession of a single score in beating Connacht (24-0) and Ulster (54-0) in the opening two rounds.

It was a similar story on Saturday evening in Maynooth as they ran out 54-7 winners.

Tarpey and Fitzpatrick both scored tries while Dunne put in a solid display in the second row alongside Tarpey.

Leinster head coach Mick Bolger says they are blessed with a fabulous squad, saying: “We assess strengths but we build around what the players enjoy and they want to throw the ball around and put width on the ball, so that’s what we do.

“No discredit to Munster either, that was probably the best defence we’ve faced.

“We’ve got girls that are experienced at this level and we allow them to take a lot of accountability for our system and what we’re doing.

“A lot of these girls can go a long way and they are being actively monitored on the pathway.

“They’ll be along to watch the senior girls play at Energia Park and they can dream of playing in green as well.” 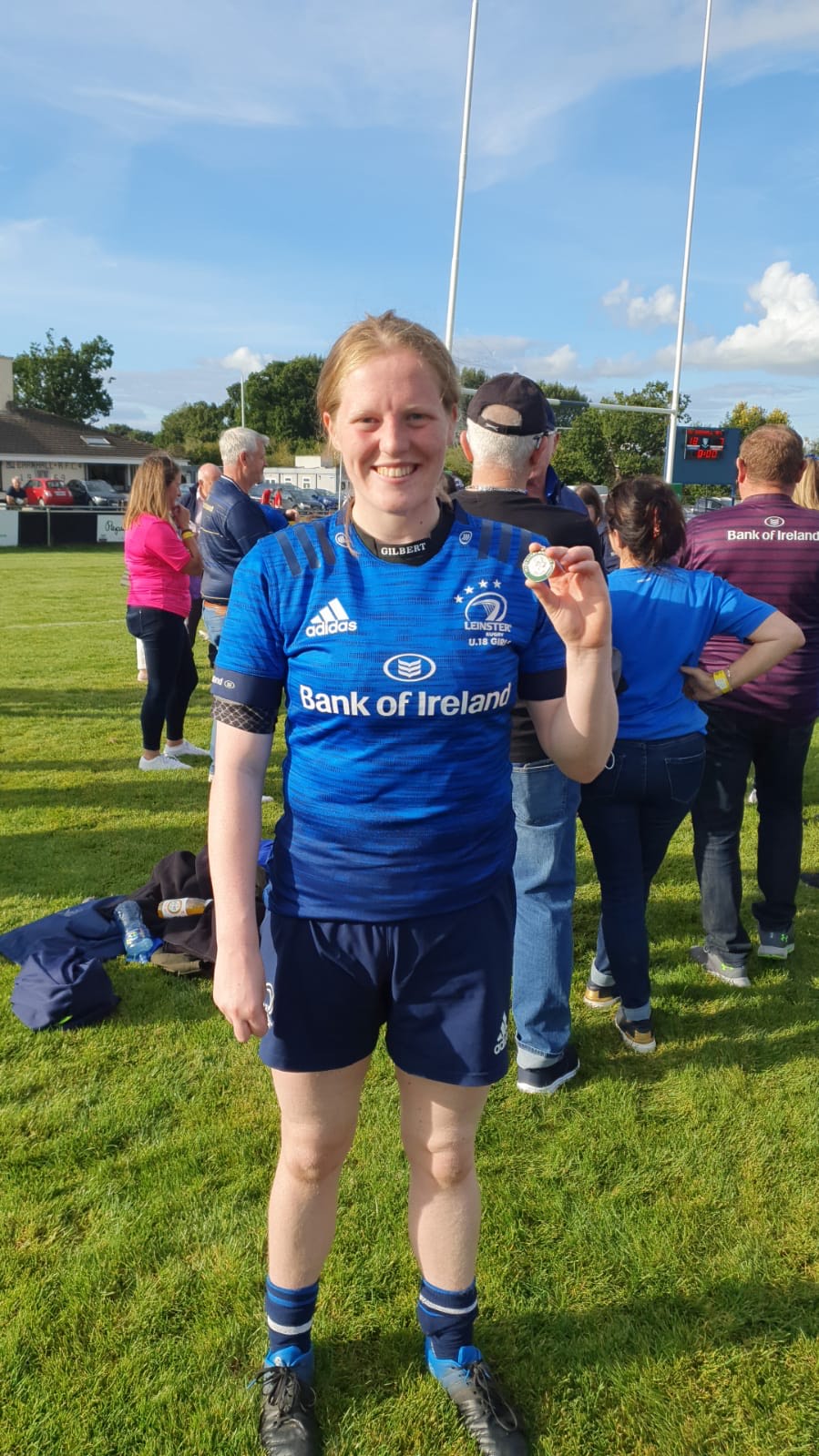 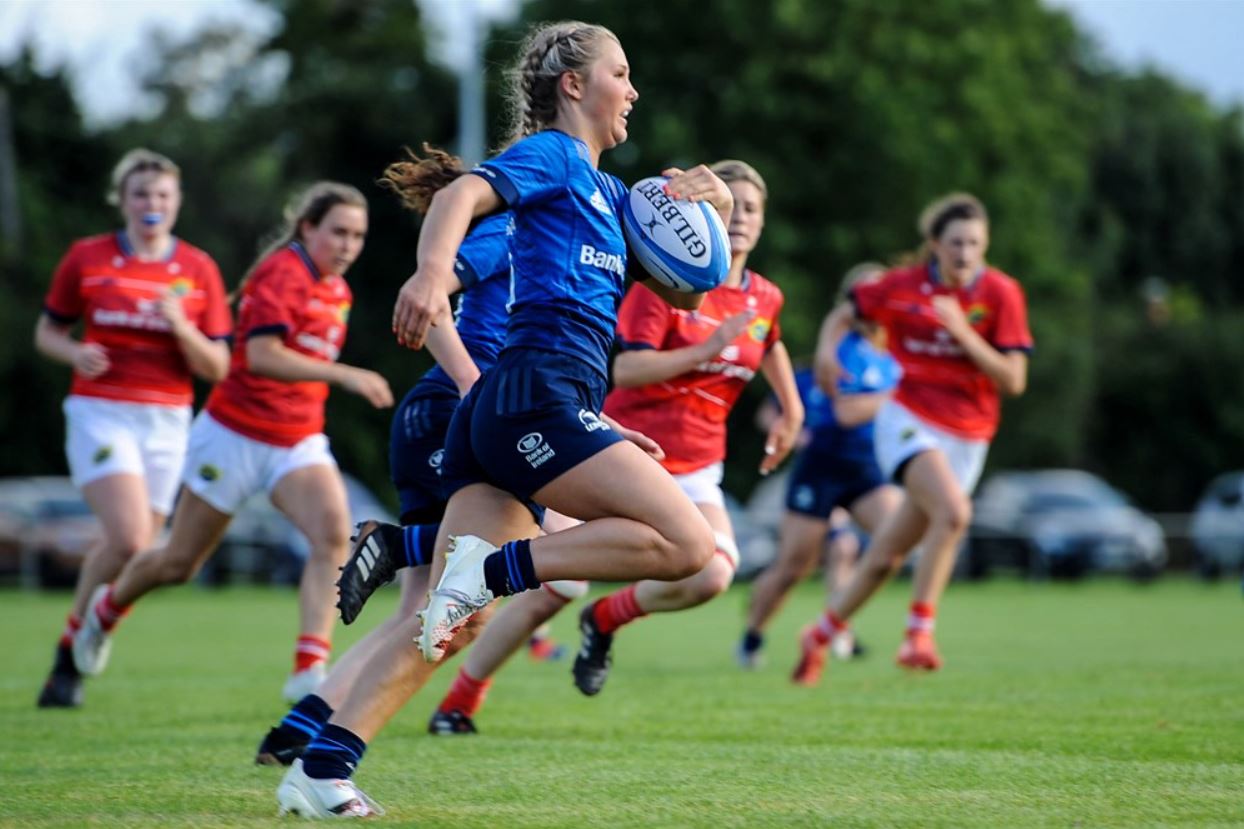 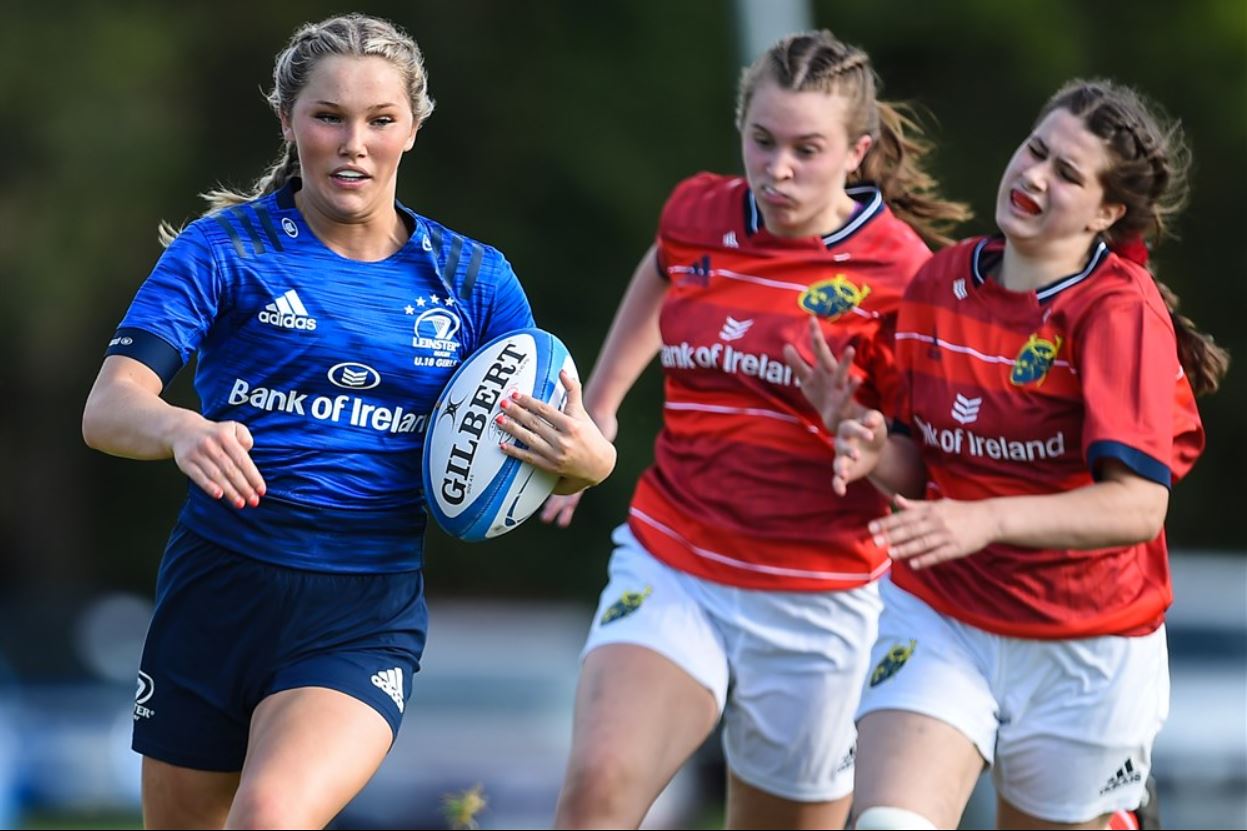 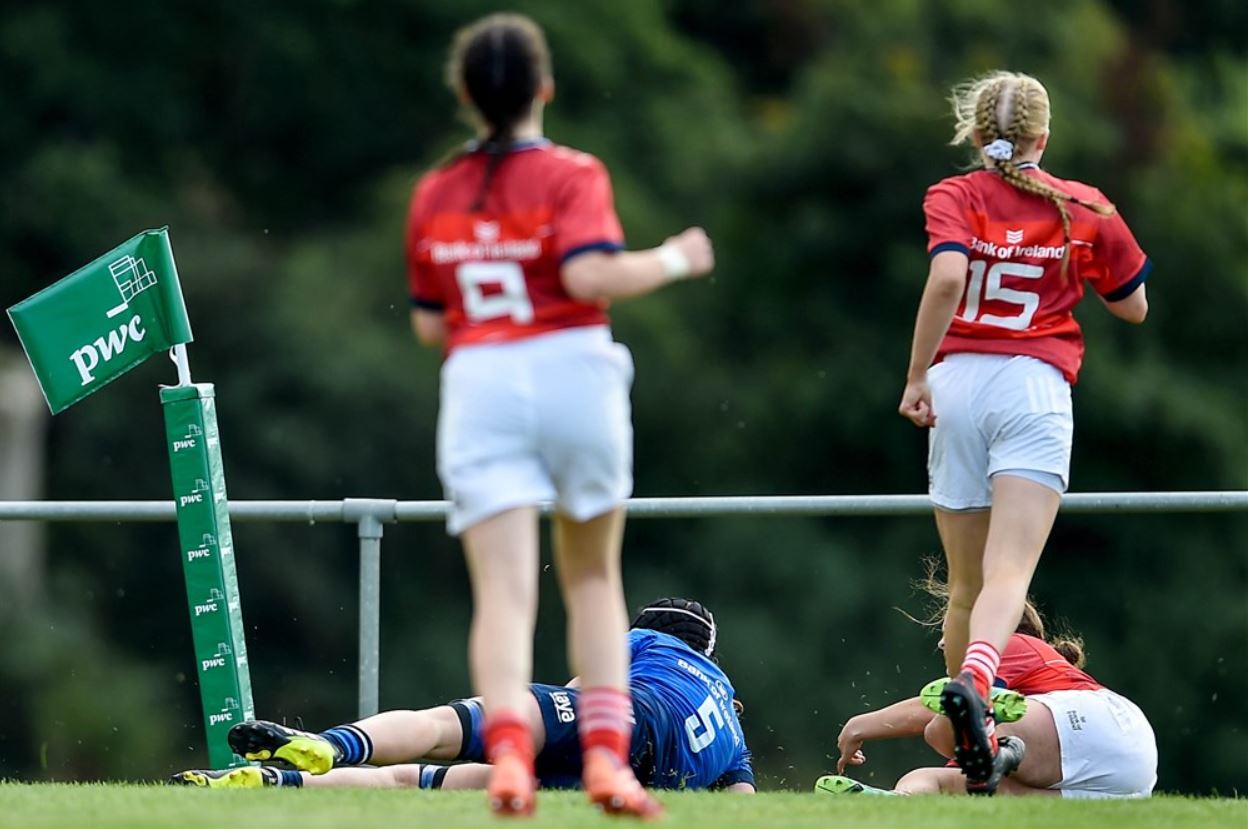 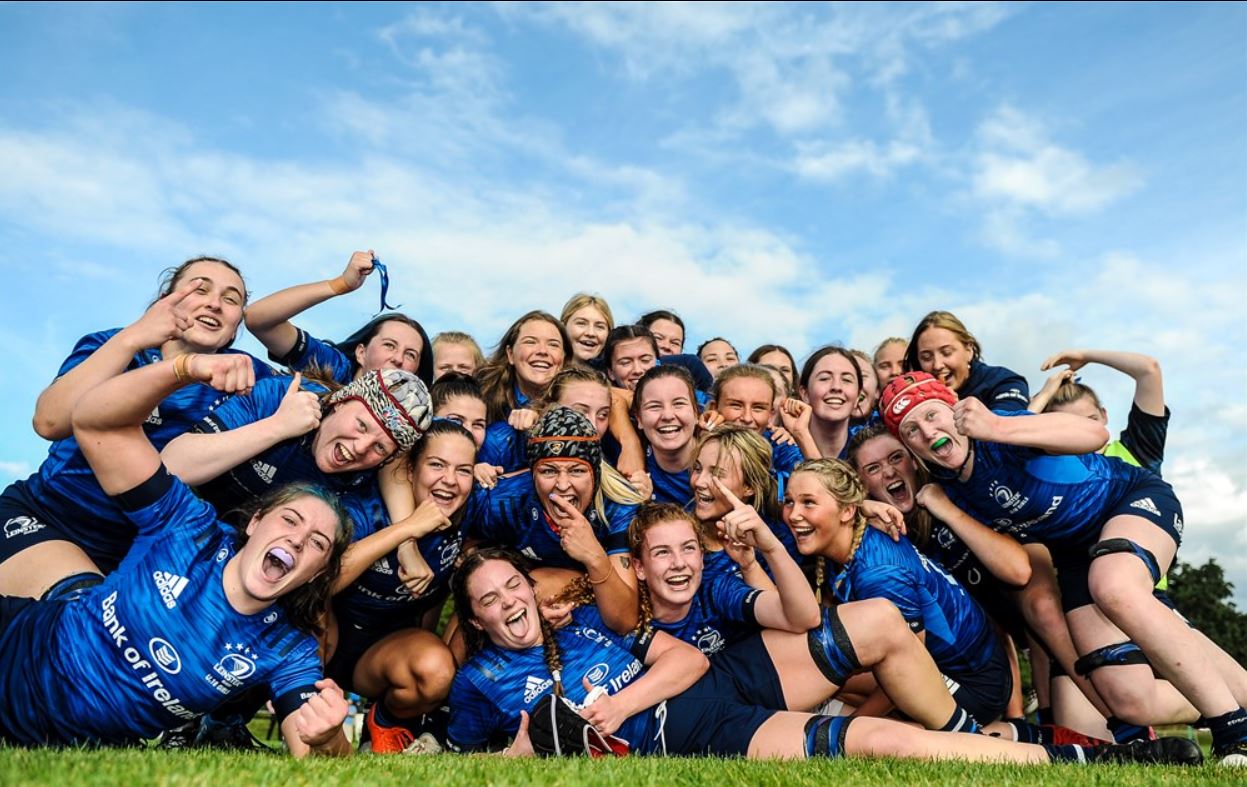 It’s been eighteen months since these players last played and it was definitely worth the wait to see them as both teams didn’t wait too long to let off some overdue steam.

With the forwards getting to know each other, scores were few and far between and massive tackles were put in by Ivan Okonkwo, Sean Peters and Evan Caffrey to mention just a few.

But that couldn’t stop Newbridge taking a five point lead. Portlaoise tried everything to make parity but Newbridge held out for the half time whistle.

After the half team talk Portlaoise came out even more determined and Jake Darcy’s lofty pass found Ivan Okonkwo who used all his power to drive over the line to even up the match.

Portlaoise were on top now and the forwards were loving the tussle up front and after a long struggle Cathal Kenny drove over the white wash to put Portlaoise ahead.

Newbridge were not happy to fall behind and things got little over heated and the referee did well not to hand out more than one red card.

With Portlaoise a man down, the Newbridge scrum half played a clever kick in behind the Portlaoise defence and the on running centre did well to touch the ball down before it went over the end line.

Portlaoise’s line out was working well with Adam Glynn flying high, which set the perfect platform for Portlaoise to score their try.

Scrumhalf PJ Larkin passed out to Jake Darcy who played the crash ball out to the aforementioned Conor Raggett who was sandwiched between two Newbridge players but still managed to get over the line.

Portlaoise 17 -10 up at this stage and time was running out for Newbridge but they responded with a try in the last minute of the game.

It was all down to the last conversion and Portlaoise were delighted to see the kick go wide. Portlaoise held on to a narrow 17-15 win and a great way to get the long awaited season started. 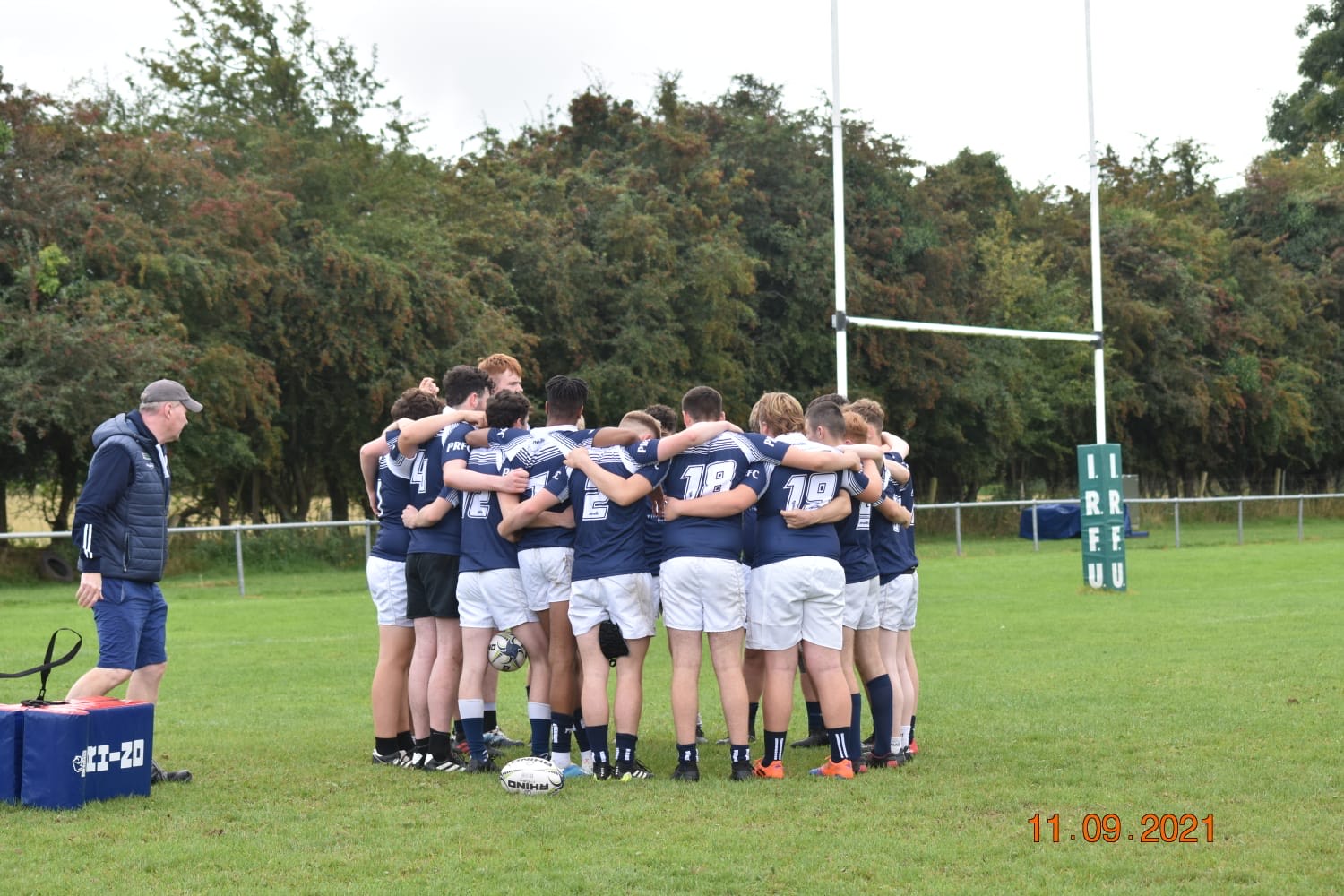 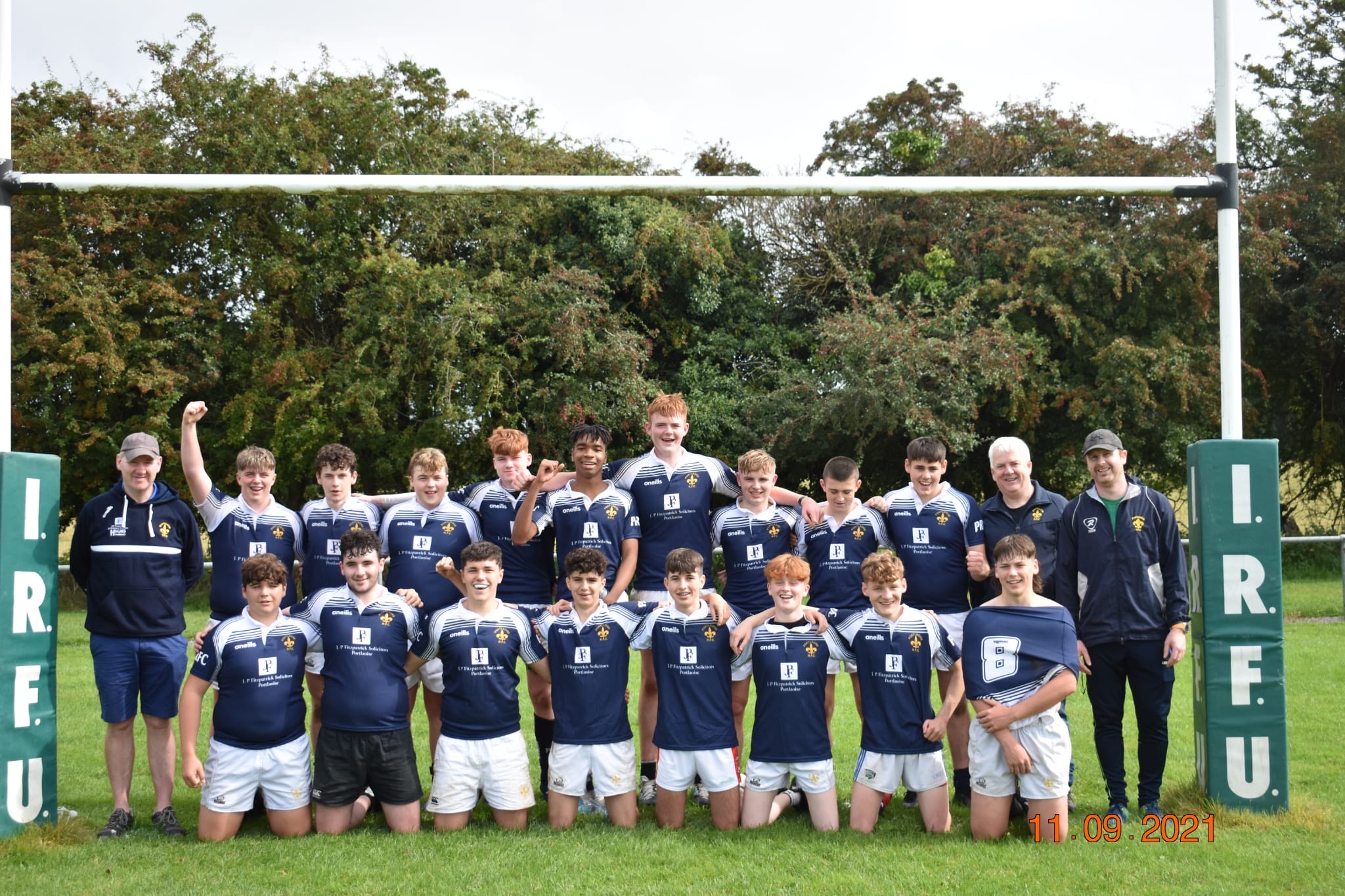 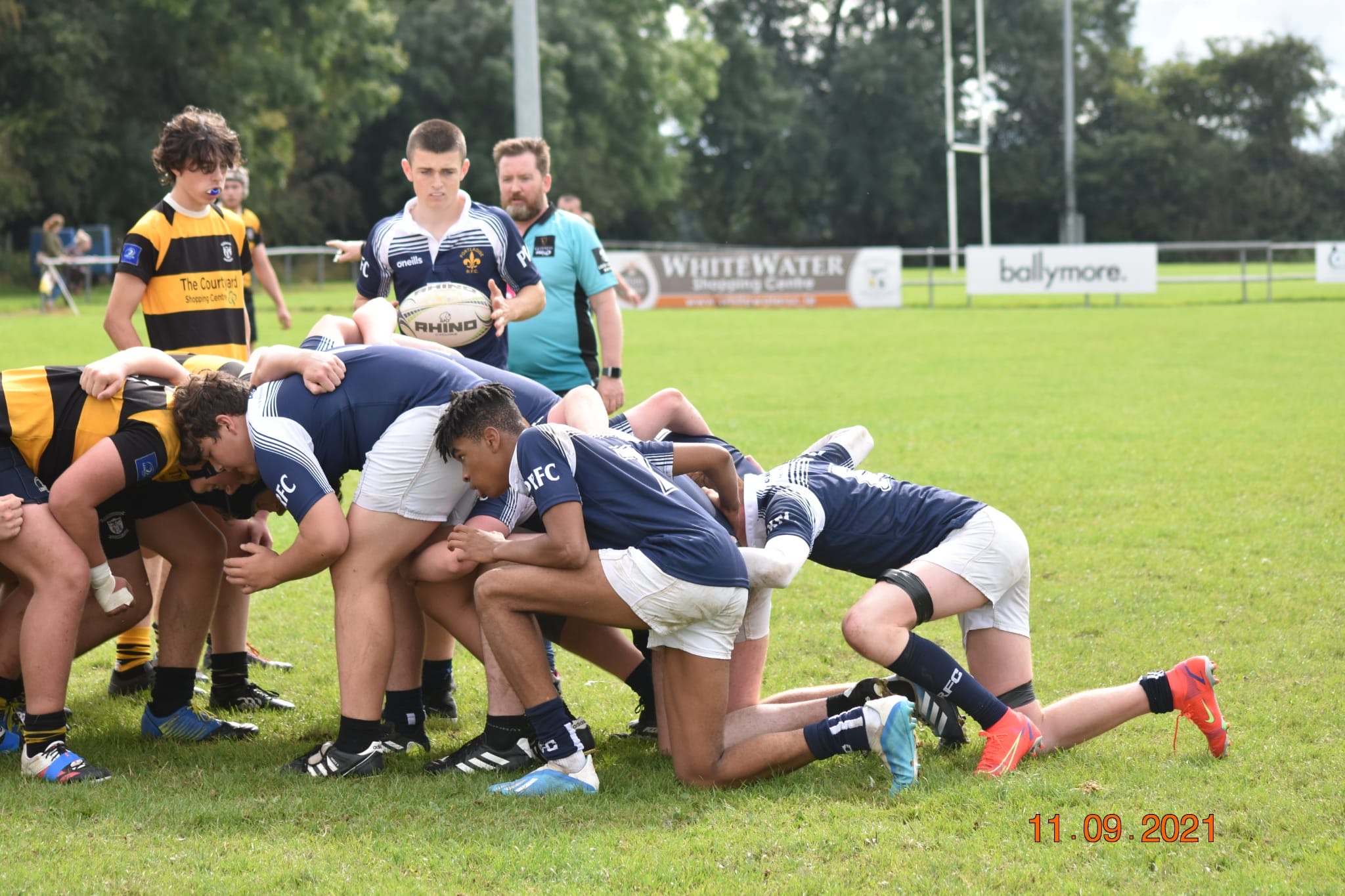 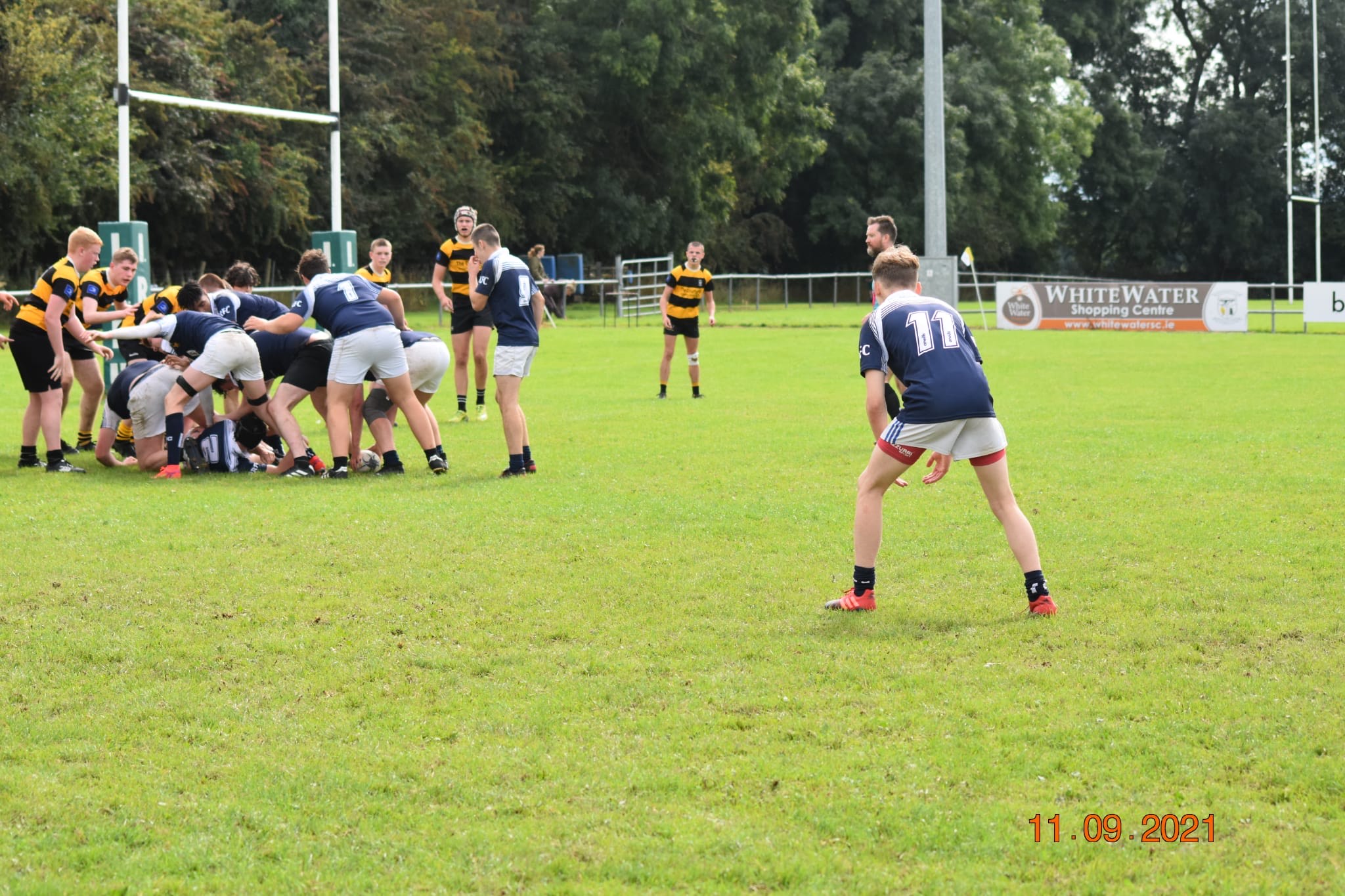 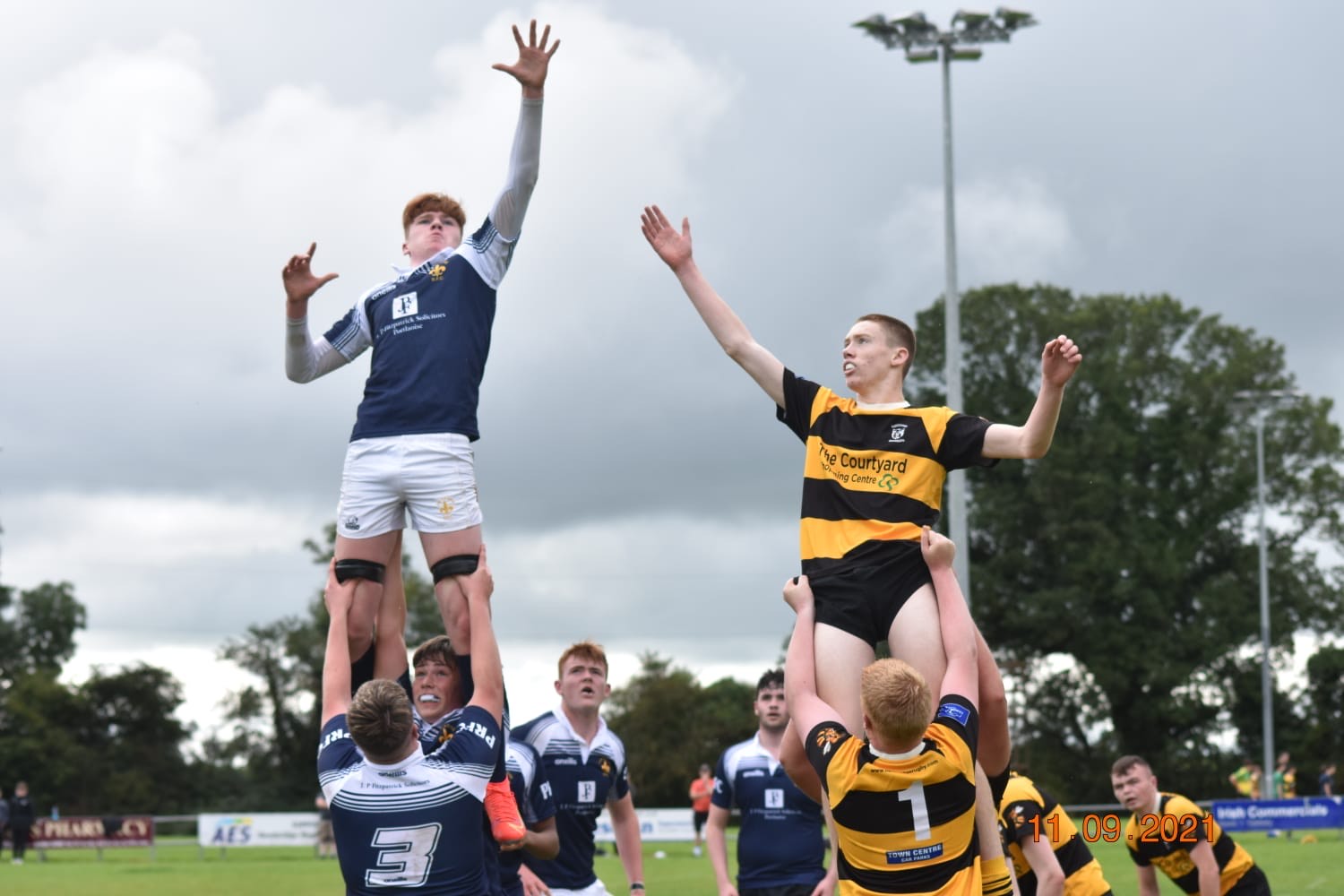