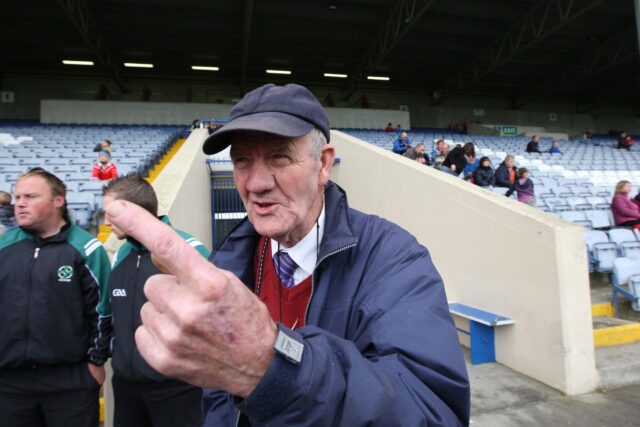 There’s sadness in Portlaoise today following the death of Peter Carroll, a man who contributed hugely to Portlaoise and Laois GAA.

His funeral mass will take place today in the town.

For many years Peter was groundsman in O’Moore Park and a warm, witty, welcoming presence for anyone who frequented the ground – be it players, officials, supporters or press.

A much-loved character, he had a word for everyone.

A proud Portlaoise GAA man, he was chairman of the juvenile club for a long number of years and alongside the late Bill Phelan they were a formidable duo. He also served as Laois Juvenile GAA vice-chairman.

A Telecom Eireann employee, the Carroll family, of which Peter is the last to pass away, were deeply involved in many areas of Portlaoise life. His brothers Joe and Bill were local councillors while Ned was a barber on Main Street.

Peter died peacefully at his home on the Ridge Road in the company of his beloved wife Clare and family.