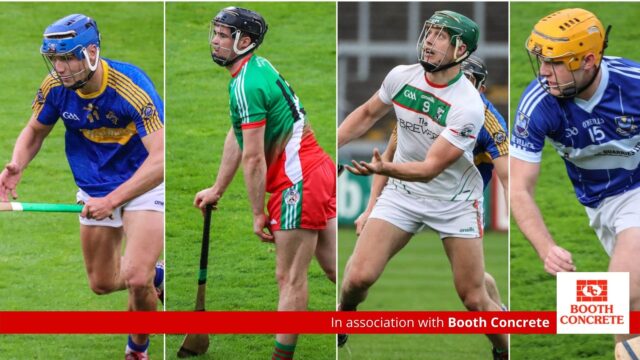 It was another busy weekend of Laois GAA action as the local hurling championships once again went centre stage.

The picture is becoming somewhat clearer though after two rounds of the senior and premier intermediate competitions, there is still no team knocked out.

Clough-Ballacolla, Castletown, Rathdowney-Errill and Borris-Kilcotton are all assured of a knockout spot in the senior, though the final round of games in two weeks will decide who tops the respective groups and goes straight through to the semi-finals.

The winner of The Harps v Rosenallis and Abbeyleix v Camross will also go through to the quarter-finals with the losers of those games meeting in the relegation final.

In the premier intermediate, last year’s beaten finalists Portlaoise are the only side with a 100% record but will need to win their final game against Clonaslee to top the group.

Camross, Clonaslee and Colt-Shanahoe are still in contention in that group to go through.

In the other group, all four teams are on two points having won one and lost one game each. Ballinakill will play Slieve Bloom and Rathdowney-Errill will play Ballyfin in the final round of games.

In the intermediate grade, the semi-finalists are decided – Trumera, The Harps, Clough-Ballacolla and Borris-Kilcotton – but the final round of games will decide the semi-final pairings.

At the other end of that competition, Mountmellick, Mountrath, Park-Ratheniska/Timahoe and Clonad are all out with their last game essentially acting as relegation semi-finals.

In our latest Talking Sport Podcast, we look back on all of the games in those three competitions as as well as some of the finals that have taken place over the past week in other grades.