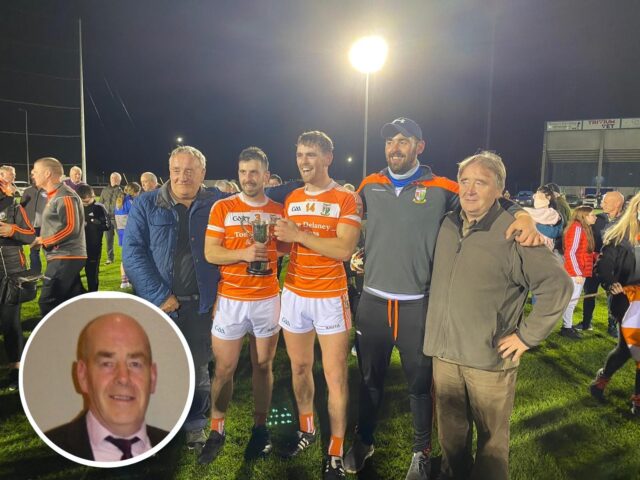 There were emotional scenes in the Centre of Excellence last night as Slieve Bloom’s Junior B championship win was dedicated to one of their much loved sons.

Tom Delaney passed away suddenly at the age of 56 in July 2020 and this was a team he had managed, and even played on, for many years.

Though based in a Laois hurling heartland, Tom was a passionate Laois football man and would travel to matches all over the country supporting Laois. As well as being a key figure in promoting football in Slieve Bloom he was also proud to be one of the mentors on the North Laois team in the divisional competition in recent years.

The late Tom, who owned Tom Delaney and Sons pub in Mountrath, left behind his devoted wife Anne and three sons – Tom, Padraig and Darragh.

Youngest son Darragh was the captain for last night’s win over Stradbally and upon accepting the cup from Laois GAA Chairman Peter O’Neill, he dedicated the victory to his dad.

This success, which follows up on Slieve Bloom winning the Junior ‘C’ title in 2018, now sees them promoted to the Junior ‘A’ grade for 2022, the highest level the club will have been in football in their history.

And their football rise follows a somewhat similar rise in the hurling fortunes that saw them win Junior ‘A’ honours in 2016 and intermediate in 2018 to rise to the premier intermediate grade.

The game itself was decided in the second quarter as Slieve Bloom built up a lead they would never relinquish.

Just as he was in the Premier IHC against Ballyfin last week, Ben Conroy was Slieve Bloom’s main scorer as he finished the game with 2-4.

He had help on this occasion though – chiefly through the lively Evan Power and the pair were probably the difference in the end.

Stradbally had played the semi final against Mountmellick 48 hours previous but they showed no signs of fatigue and pushed the eventual winners all the way to the end.

Check out some great pictures from the celebrations below: 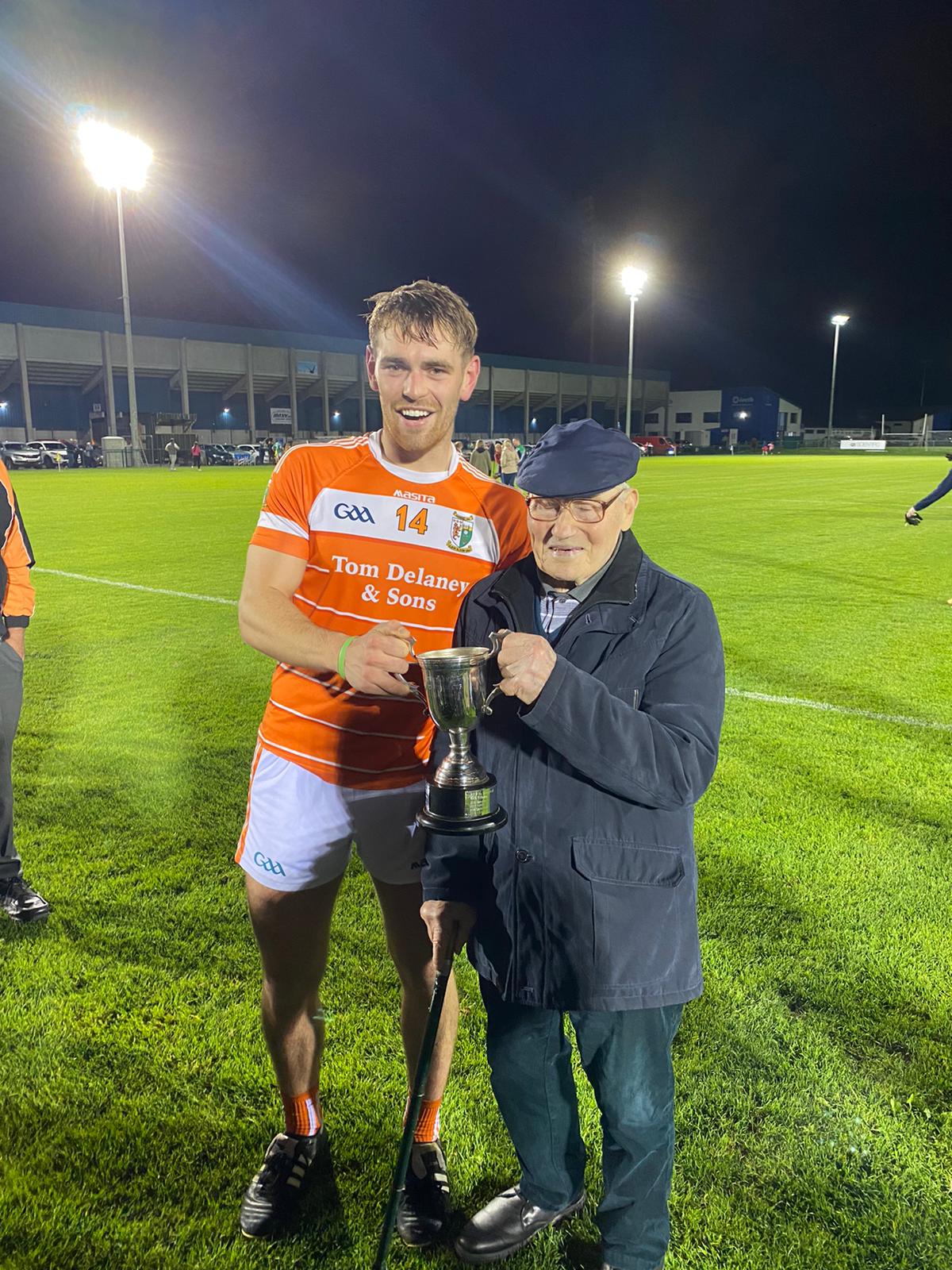 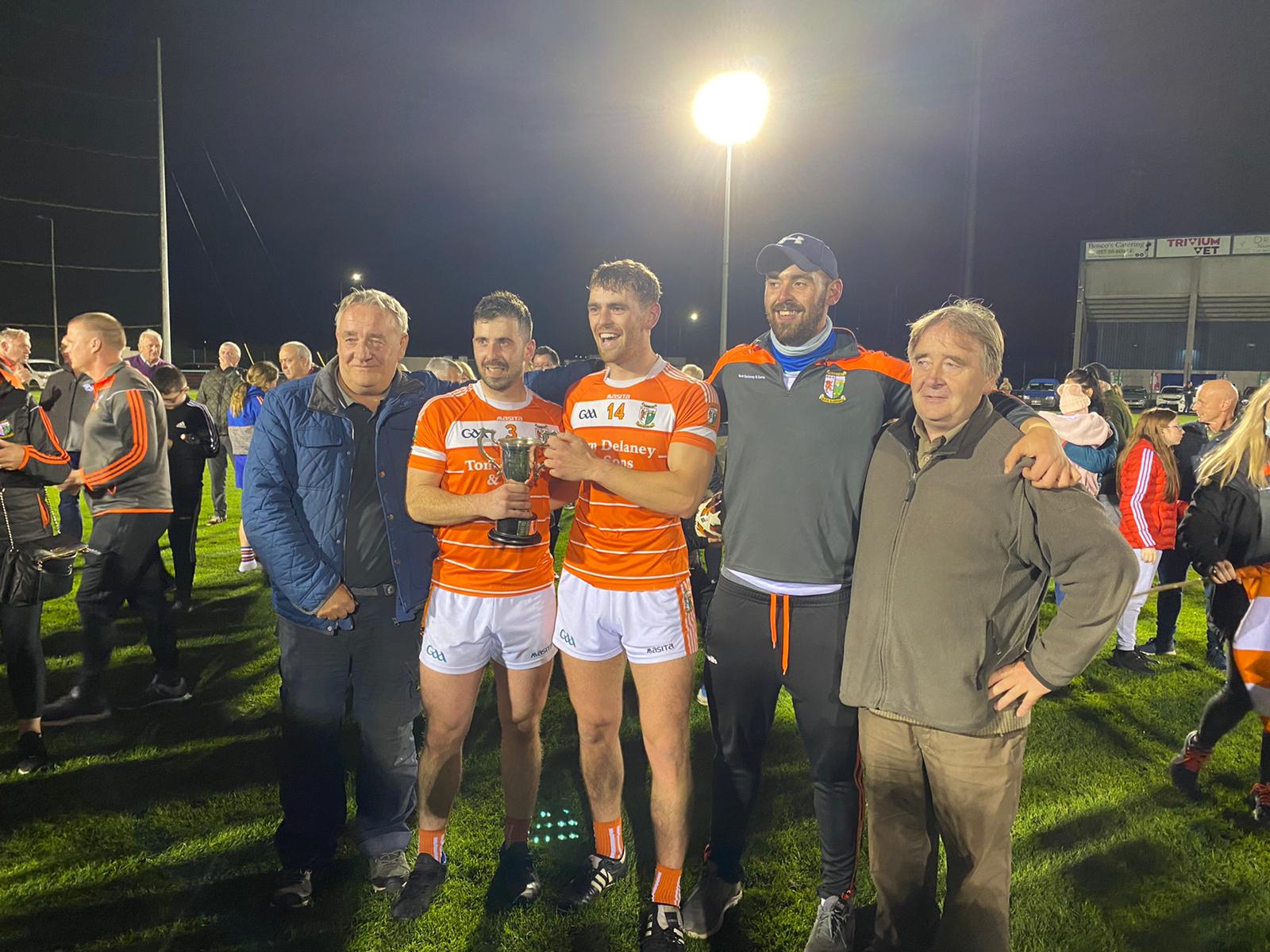 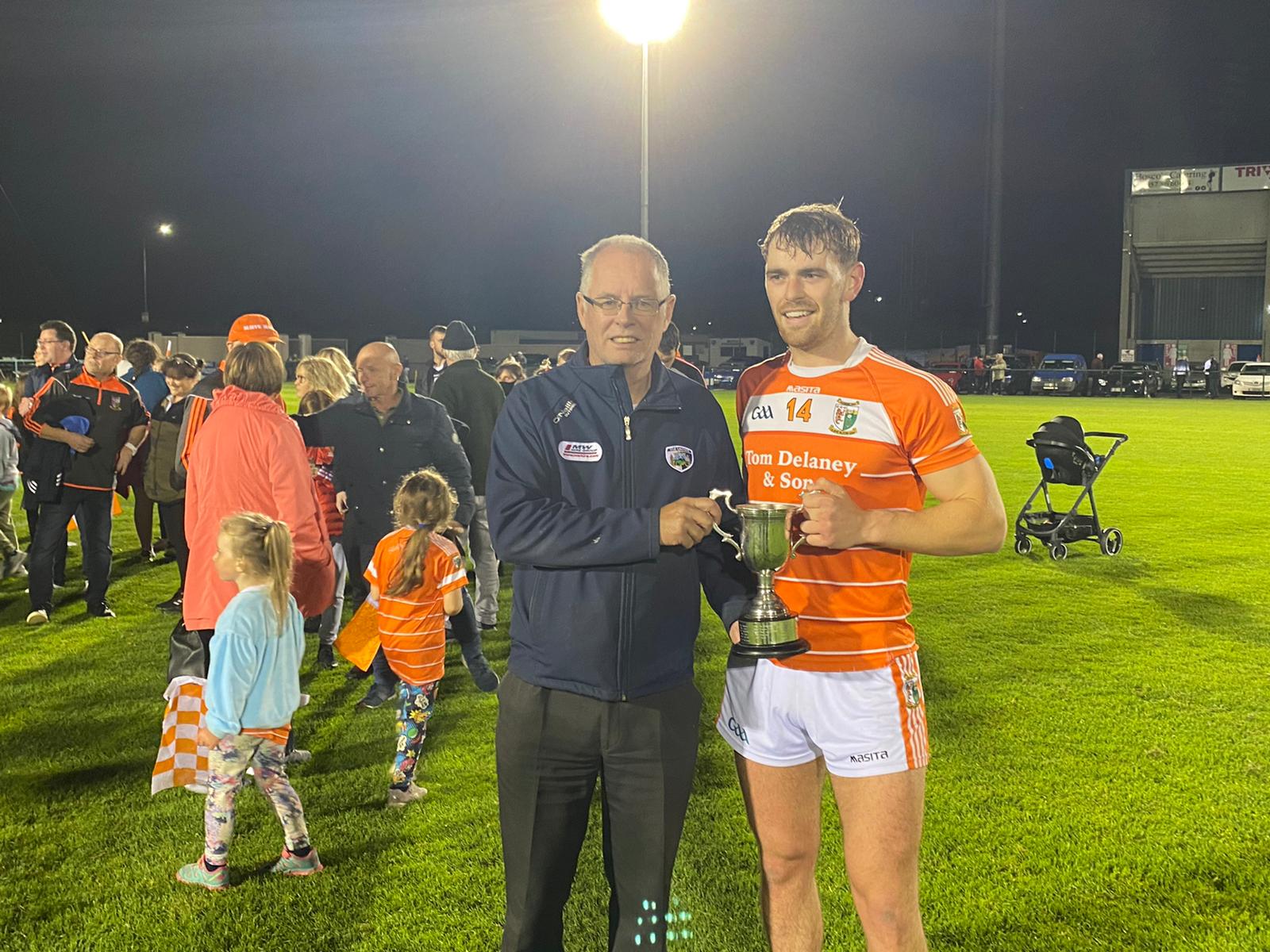 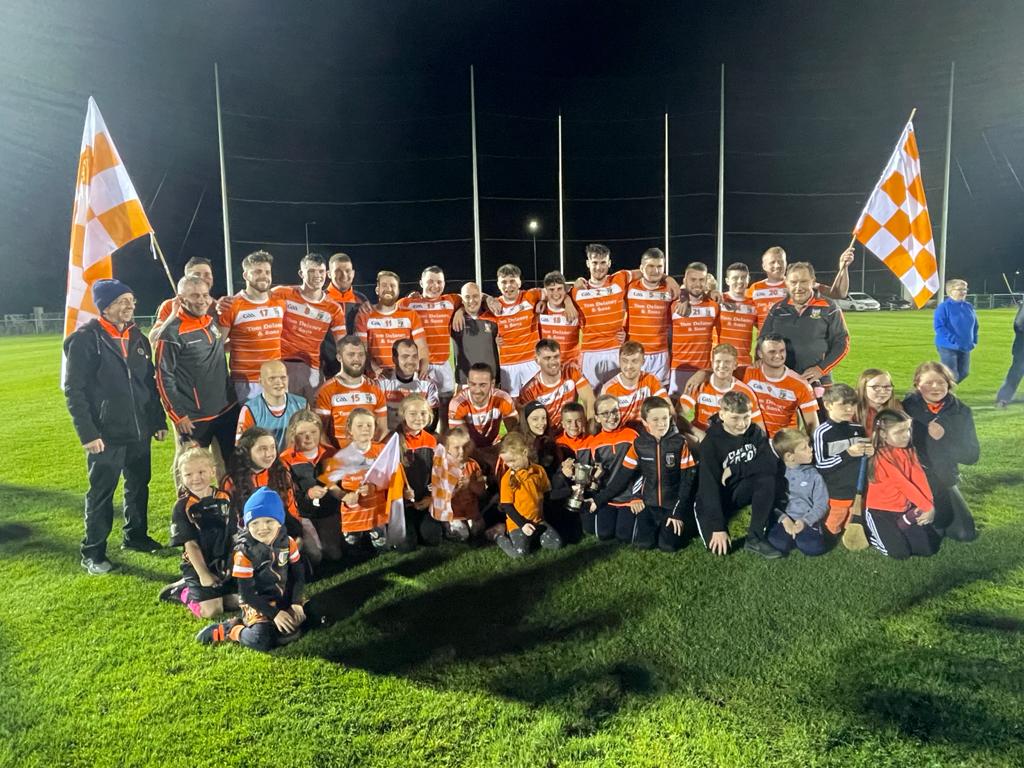